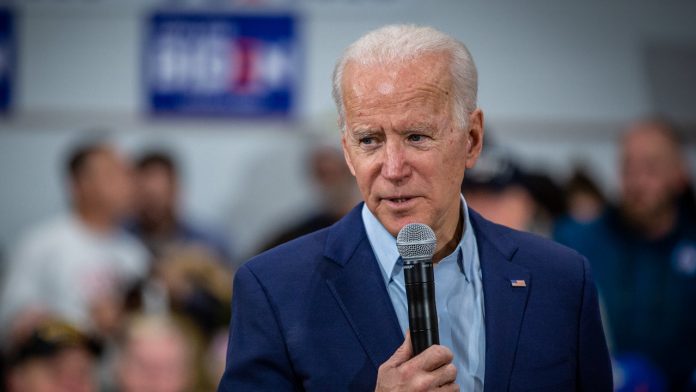 Democratic presidential nominee Joe Biden has spent the better part of the past month Skyping across America—because, you know, it’s much too dangerous for Joe to actually leave his basement—telling everyone who will listen that he pinky swears that a Biden-Harris administration would not “ban” fracking.

It’s all a “lie,” Biden says, cooked up by President Trump and his allies to ruin Biden’s chances in key swing states where fracking plays an important role in the economy, especially Pennsylvania.

Even Biden’s running mate—a notorious hater of fracking—has attempted to come to Joe’s defense. During the vice presidential debate earlier in October, Harris told Americans, “Joe Biden will not ban fracking. That is a fact.”

Actually, Sen. Harris, it is absolutely not a “fact.” It’s a political promise, and an incredibly misleading one at that.

Despite his constant pleas to the contrary, the available evidence strongly suggests Joe Biden would put policies into place that would result in the complete destruction of virtually all jobs related to fossil-fuel production in the United States, including the fracking jobs 32,000 Pennsylvania families are currently depending on to pay their bills, and the thousands of other jobs in the state associated with the natural gas and oil industries.

What’s the proof? Well, for starters, Biden has on numerous occasions promised voters on the campaign trail he will put America on the road to the elimination of fossil fuels. (If fossil fuel use is banned, then fracking would be totally unnecessary.)

For example, at a September 2019 campaign event in New Hampshire, he told one young girl, “I want you to look at my eyes. I guarantee you, I guarantee you we’re going to end fossil fuel …”

During the presidential debate on Thursday, Biden admitted he would impose a “transition from the oil industry.”

“I would transition from the oil industry, yes,” Biden said. (“Transition” is political speak for “end,” “dismantle,” and “decimate.”)

Further, Biden’s own campaign website claims, “As president, Biden will lead the world to address the climate emergency and lead through the power of example, by ensuring the U.S. achieves a 100% clean energy economy and net-zero emissions no later than 2050.”

Biden’s website further promises, “On day one, Biden will sign a series of new executive orders with unprecedented reach that go well beyond the Obama-Biden Administration platform and put us on the right track. And, he will demand that Congress enacts legislation in the first year of his presidency that: 1) establishes an enforcement mechanism that includes milestone targets no later than the end of his first term in 2025 …”

Imposing an “enforcement mechanism that includes milestone targets” to push the entire country toward a “100% clean-energy economy” would require the end of nearly all fossil fuel use—and, again, that includes the natural gas and oil that comes from fracking.

Biden has also surrounded himself with environmental radicals who have for years called for truly radical alterations to the U.S. energy industry and American society.

Kamala Harris, for instance, co-sponsored—not merely supported—Alexandria Ocasio-Cortez’s Green New Deal, and not some watered-down version of it, either. I’m talking about the cow-killing, end-of-air-travel, socialist version of the Green New Deal.

Biden also allowed Ocasio-Cortez, John Kerry, and the leader of the eco-socialist Sunrise Movement to help Biden shape his policy platforms as members of the Biden-Bernie Sanders “Unity Task Forces.”

AOC, Kerry, and the Sunrise Movement, along with other Unity Task Force members, have demanded the end of fossil fuel use around the world—not just the United States—because they believe the carbon dioxide emissions produced by the burning of fossil fuels are creating an “existential threat” to the entire human race.

If Joe Biden is such a big supporter of fracking, why would he permit so many people who loathe fracking and all fossil fuel production to help write his climate and energy platforms? And how, exactly, does Biden plan to keep the fracking industry alive while simultaneously putting policies in place meant to end the use of oil and natural gas?

Or, put another way, Biden is saying some fracking might be allowed to continue, so long as carbon-capture technology is used to suck up all of the carbon dioxide emissions.

There’s only one problem with this part of Biden’s plan—and it’s a doozy—the cost of carbon-capture technology is so high, and has been for its entire existence, that it would make all fossil fuel use completely unmarketable compared to other kinds of energy production.

So, is Biden planning to “ban” fossil fuels? In some cases, yes, and in other cases, he’s just planning on making them so expensive to use that no one ever will. At the end of the day, the result is just the same as a ban. In Joe Biden’s America, every oil, natural gas, fracking, and coal job will, sooner or later, be eliminated—directly or indirectly—by the federal government.

If Biden has it his way, millions—not hundreds or thousands—of jobs will be destroyed.

It’s true that some of these jobs will be replaced by gigantic new government programs and subsidies meant to encourage the expansion of the wind and solar industries, but there is absolutely no way Biden can ensure that everyone in industries related to existing conventional energy sources will find work in a wind or solar facility.

The truth is, countless Americans won’t. Many people’s lives will be ruined.

Perhaps even more importantly, because scaled-up wind and solar costs much more and is much less reliable than existing conventional energy, hundreds of thousands—maybe even millions—of additional jobs will be destroyed, never allowed to come to fruition, or shipped overseas to places with lower energy costs.

According to the Center of the American Experiment, if 80 percent of the electric grid were reliant on wind, solar, or battery storage, it would force Americans to spend more than $1.4 trillion in additional electricity costs every single year.

With these costs in mind, it is clear many U.S. businesses, especially energy-intensive ones like those in the manufacturing sector, simply would not survive under Biden’s model.

Joe Biden’s climate and energy plans would devastate America and put the country on the road to economic catastrophe. Hopefully, more Americans will wake up to this reality before it’s too late.

PHOTO: Vice President Joe Biden holds an event with voters in the gymnasium at McKinley Elementary School in Des Moines, where he addressed a number of issues including the recent escalation with Iran. Photo by Phil Roeder. Attribution 2.0 Generic (CC BY 2.0)

Justin Haskins is editor-in-chief of StoppingSocialism.com. Haskins is a widely published writer and political commentator, the senior editor and founder of The Henry Dearborn Institute for Liberty, and the editorial director and research fellow at The Heartland Institute, a national free-market think tank. Follow him on Twitter @JustinTHaskins.