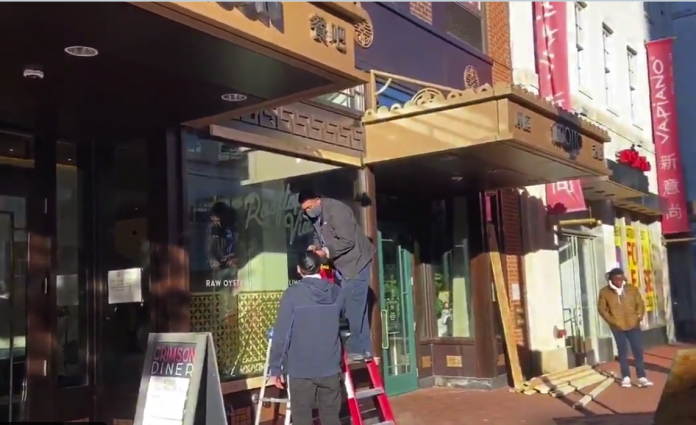 Reports of stores in Washington, D.C., Los Angeles, New York City and others have surfaced of stores boarding up in anticipation of post election violence and protests. ShutDownDC.org ‘s website has links to the daily protests which they are now starting on 3 November. Their plans call for a general protests on 3 November, a general post-eletion protest on 4 November, a “shut down the White House” protest on the 5th and a “shut down D.C.” protest on the 6th.

Below is a video via Twitter (@LisaBennatan) of D.C. establishments boarding up for the anticipated protests.

According to reporting from RairFoundation.com, ShutDownDC.org plans to confront Trump administration officials and Trump supporters. Rair states, “The militant left-wing group Shut Down DC claims that they will “hit the streets” to “confront” those who they perceive to be supporters of President Trump. The Democrat-tied group plans to target “homes of Trump campaign officials” and Trump’s “donors and supporters.” Shut Down DC and their allies will also attack “media organizations that call the election before the vote count is finished.”

Here are images of stores in California preparing for post-election violence – Los Angeles and apparently also in Beverly Hills and Santa Monica.