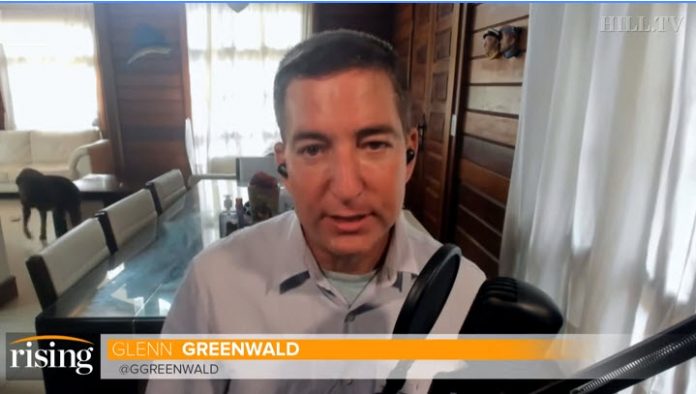 Glenn Greenwald, co-founder of the news site The Intercept, said Friday that he resigned from the publication in order to maintain his “editorial freedom,” adding that editors were wary of publishing articles of his that were critical of Democratic nominee Joe Biden.

“I would never accept somebody telling me that I can’t publish my views or perspectives without having other people first agree with what it is that I’m saying,” Greenwald told Hill.TV’s “Rising.”

“I never wanted to enter media outlets, and when they began trying to invite me to go and join those media outlets, my condition was always I need to keep this same exact editorial freedom where I post directly to the internet without editorial intervention except in rare cases,” he added.

“Obviously, I didn’t go and create a new media outlet when I created The Intercept in order to impose greater limits on my own freedom,” Greenwald continued. “That right is sacrosanct to me, to be able to express my views without having to negotiate the tone I’m using, or what it is that I’m saying to appease other people’s ideological preferences or their own views of what is correct or incorrect.”

Greenwald, 53, shared his resignation letter in a tweet to his more than 1.5 million followers on Thursday, accusing editors at The Intercept of refusing to publish an article he wrote unless he removed “all sections critical of Democratic presidential candidate Joe Biden, the candidate vehemently supported by all New-York-based Intercept editors involved in this effort at suppression.”

The Intercept responded to Greenwald’s resignation statement by calling his charge of censorship “preposterous.”

“Glenn Greenwald’s decision to resign from The Intercept stems from a fundamental disagreement over the role of editors in the production of journalism and the nature of censorship,” the publication said in a statement Thursday. “Glenn demands the absolute right to determine what he will publish. He believes that anyone who disagrees with him is corrupt, and anyone who presumes to edit his words is a censor.”

The Intercept co-founder explained on Friday that many at his former publication feared they would later be accused of helping President Trump if he wins reelection due to similar critiques aimed at The Intercept and The New York Times for their coverage in 2016 of former Secretary of State Hillary Clinton.