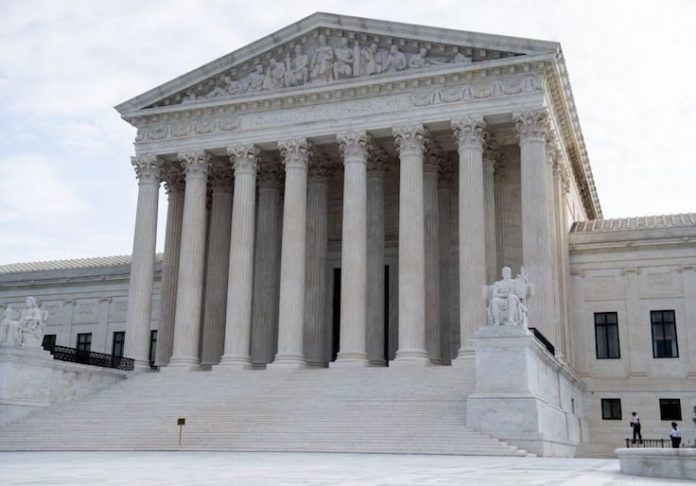 The order requires “that all ballots received by mail after 8:00 p.m. on November 3 be segregated and kept in a secure, safe and sealed container separate from other voted ballots, and that all such ballots, if counted, be counted separately.”

Pennsylvania plans to count any mail-in votes received by Friday. Ballots received between Tuesday night and Friday are in a state of legal limbo, as Pennsylvania Republicans and the Trump campaign contend they should not be counted.

Pennsylvania secretary of state Kathy Boockvar previously told the High Court she would ask local officials to keep ballots arriving after Election Day segregated. Keystone State Republicans told the justices Friday that Boockvar technically does not have legal authority to require that step. Though some Pennsylvania counties have indicated they will follow Boockvar’s order, not all have.

“The application received today also informs the Court that neither [Pennsylvania Republicans] nor the Secretary has been able to verify that all boards are complying with the secretary’s guidance, which, it is alleged, is not legally binding on them,” Alito wrote.

It’s not clear precisely how many ballots have arrived since Tuesday night in Pennsylvania, but the number is thought to be low. Sixty thousand late-arriving ballots were tabulated in the commonwealth’s June primary, and Boockvar told reporters they have received just a “fraction” of that figure thus far.

What’s more, the majority of those 60,000 ballots arrived the day after the primary, so the initial stream is believed to have slowed to a trickle on Thursday and Friday.

Alito handles emergency matters that arise from the Third U.S. Circuit Court of Appeals, which includes Pennsylvania. The justices seldom take action on serious matters without consulting the rest of the Court, but administrative orders of this nature are not unusual. Alito said he would refer the matter to the full Court immediately and asked state officials to submit legal papers by 2 p.m. Saturday.

The case is No. 20A84 Republican Party of Pennsylvania v. Boockvar.
Share Our Work