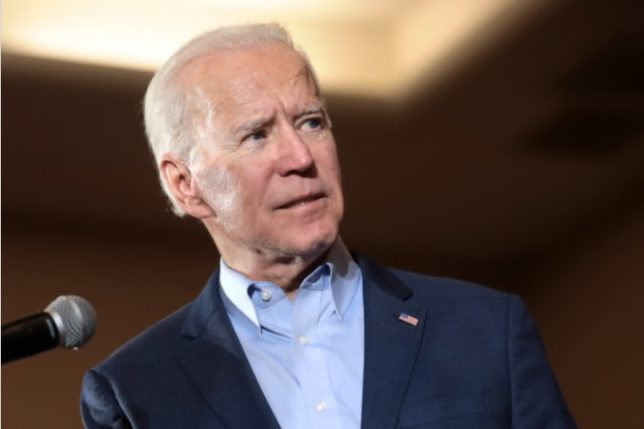 Conservatives’ calls for Democratic candidates to take a position on court-packing have grown louder since presidential candidate Joe Biden called for a “commission” to study altering the court, but here’s the deal: It’s immaterial if the candidates admit to a desire to expand the court because there’s a behind-the-scenes movement of millions in dark money aiming to accomplish that very thing. Follow the money to find out where Democrats plan to go.

From the vice-presidential debate stage, Sen. Kamala Harris, D-Calif., expertly dodged the question of whether a Biden-Harris administration would pack the court. The former attorney general of California was so reticent to answer, in fact, she even attempted to redefine the term, accusing conservatives of packing benches throughout the country with judges who don’t have the skin colors she believes they should have.

Despite Harris’s semantic gymnastics, there’s plenty of evidence Democrats do seek to expand the Supreme Court by adding justices to a bench that is now influenced heavily by three new originalist justices, confirmed under the Trump administration.

Start with Demand Justice, the group that helped organize and fund the vitriol against now-Justice Brett Kavanaugh during his 2018 confirmation hearing. Arguably the leader of the smear campaign labeling Kavanaugh a gang rapist, among other things, Demand Justice is nothing if not transparent in its desire to pack the court. It even invokes the Democratic Party’s platform in pushing this plan.

“The Democratic Party’s official platform recognizes the need for structural court reforms to increase transparency and accountability.” Progressive leaders like former U.S. Attorney General Eric Holder and Pete Buttigieg have said that Democrats should consider adding seats to the Supreme Court. . . . To balance out Trump’s ideologically extreme, illegitimate picks, we should add justices to the Supreme Court to ensure the next Democratic president can nominate justices who will restore balance to the Court. This proposal is immediately actionable. Congress can change the number of justices on the Court at any time, as it has done 7 times throughout American history.

Demand Justice isn’t just offering suggestions. It’s decidedly more influential than that. It is part of a huge leftist machine that falls under Arabella Advisors, a “dark money” network responsible for funneling millions of dollars to leftist activist groups — many of which “pop up” and then quickly disappear — that do everything from bolstering voter turnout to benefit Democratic candidates, to organizing protests of Supreme Court nominees, to astroturfing agitators at Trump rallies.

So serious about court “reform” is Demand Justice — which is spearheaded by Brian Fallon, last seen speechwriting for Hillary Clinton’s failed presidential campaign — that it prominently promotes its plans to pack the court on its website’s main page. It also recently spent seven figures on an ad buy with the goal of attacking Republicans who supported now-Justice Amy Coney Barrett’s confirmation to the Supreme Court.

Its parent group, Arabella Advisors, poured out $600 million in 2018 via four sister nonprofits to aid Democrats and left-wing groups in their work, and spent a total of $1.8 billion between 2013 and 2018. Yet somehow this group largely flew under the media’s radar. In the 2017-18 election cycle, Arabella raised more than twice as much as the combined $501 million raked in by the Republican National Committee and the Democratic National Committee.

If there are any questions Arabella and affiliated groups such as Demand Justice have the same agenda as the Democratic Party, doubters should remember one of Arabella’s four sister nonprofits, Sixteen Thirty Fund, is a product of the longtime professional left, using funds diverted from groups such as ACORN, Sierra Club, and Americans United for Change.

Democrats don’t have to publicly commit to a party goal of packing the Supreme Court. They’ve got Arabella Advisors’ network of activist groups working hard on the issue behind closed doors.