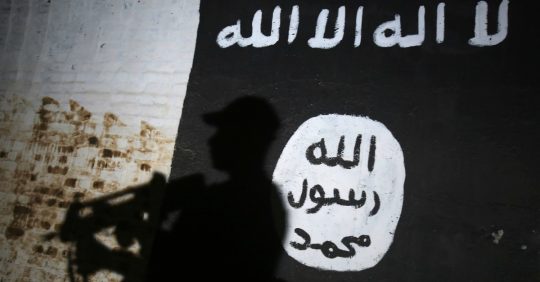 The Justice Department on Friday announced charges against a Portland man who allegedly produced propaganda literature for ISIS terrorists.

Hawazen Sameer Mothafar was indicted in a federal court in Portland on three counts of providing material support to ISIS and two counts of making false claims during his immigration application process, according to a Justice Department statement.

For more than five years, Mothafar allegedly created and shared ISIS propaganda, recruiting materials, and guides on how to commit various acts of terror. He encouraged ISIS-affiliated terrorists abroad to commit terrorism in their home countries and wrote instructive manuals on “effective” stabbing techniques and detonating bombs. According to the indictment, Mothafar was regularly in contact with ISIS leaders abroad and opened social media accounts on their behalf.

He also allegedly denied involvement with ISIS and other terrorist organizations on immigration paperwork and in statements to government authorities .

Federal authorities in Portland released Mothafar, who is wheelchair-bound, with travel restrictions and limitations on his use of technology.

Another ISIS-affiliated terrorist was indicted on similar charges in September. Lirim Sylejmani, who was a naturalized U.S. citizen from Kosovo, allegedly trained with and provided material support to ISIS.

Georgia Election Officials, a Billionaire, and the “Nonpartisan” Center for Tech...