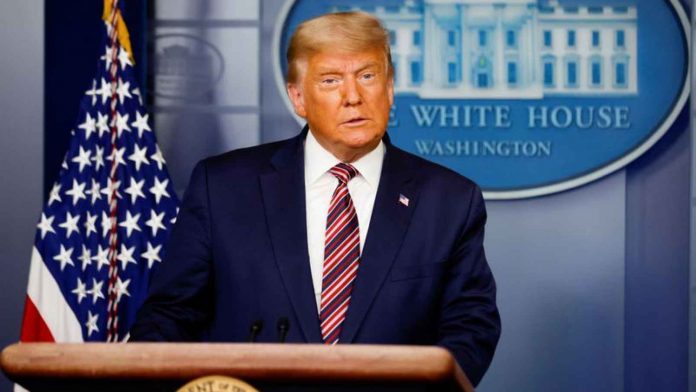 Vote counting continues as the president goes to court.

The 2020 election saga continues to unfold. Joe Biden has been closing in on the 270 electoral votes he needs to become the 46th president of the United States. But as Yogi Berra once famously said, “It ain’t over till it’s over.” Actual vote counting is continuing in key battleground states such as Pennsylvania, Arizona, and Nevada. However, the next act of the 2020 election drama is just beginning, with lawsuits filed by the Trump campaign challenging the legal validity of the voting and counting procedures used in various states. Meanwhile leftists who don’t want to wait for the election drama’s denouement have already started rioting, demanding that “every vote be counted.” Those who believe in the rule of law are demanding – peacefully – that every lawful vote be counted, in accordance with statutes passed by the state legislatures and with the Constitution.

Joe Biden appeared before reporters on Thursday afternoon to urge Americans to remain calm while the vote counting continues. He declared, however, that he and Kamala Harris have “no doubt” that, after votes are counted, they “will be declared the winners.”

President Trump subsequently addressed the media from the White House briefing room. He showed no signs of backing down in his claims that he is the legitimate winner of the election. The president said he will fight in the courts against what he called a stolen election. He also blamed false “suppression polls” for attempting to discourage his own supporters from bothering to vote. “They thought there was going to be a big blue wave. That was false. It was done for suppression reasons but instead, there was a big red wave.”

Trump said that his voting numbers have been “whittled away in secret.” As he was speaking, his vote margin over Biden dropped significantly in both Georgia and Pennsylvania. The president repeated his frequent complaints regarding mail-in ballots, which he said are “so one-sided.”  He vowed that there will be “a tremendous amount of litigation,” adding that “This is a case where they are trying to steal an election.”

Meanwhile in Pennsylvania, where the vote count is continuing, President Trump is leading by a rapidly diminishing margin of about 64,000 votes as of the writing of this article. In Georgia, Trump has a razor thin lead, with mail-in votes still to be counted in counties where Biden has the edge. If Biden ends up winning Georgia, it won’t matter what happens in Arizona or Pennsylvania so long as Biden takes Nevada. All in all, Biden has significantly more pathways to reach the goal of 270 electoral votes than Trump does.

Despite all these crosscurrents, here is what we do know so far:

In the typical patronizing fashion displayed by leftists who expect blacks to vote monolithically, New York Times columnist Charles Blow tweeted, “This is so personally devastating to me: the black male vote for Trump INCREASED from 13% in 2016 to 18% this year. The black female vote for Trump doubled from 4% in 2016 to 8% this year.” He added insult to injury when he complained about the increase in votes for Trump among Latino and Asian voters this time around. “Also, the percentage of Latinos and Asians voting for Trump INCREASED from 2016, according to exit polls. Yet more evidence that we can’t depend on the ‘browning of America’ to dismantle white supremacy and erase anti-blackness,” Blow tweeted.

We also know that there will be plenty of work for lawyers to do as the presidential contest shifts to the courts. The Trump campaign has already filed or is planning to file lawsuits challenging vote counting procedures in several battleground states, including Georgia, Nevada, Michigan, and Pennsylvania. Of all these challenges, federal litigation in Pennsylvania could prove to be pivotal if the state’s 20 electoral votes are still needed by both candidates to reach 270.

There are two Pennsylvania cases making their way through the courts, only one of which is consequential. A case brought in state court has to do with the Trump campaign representatives’ request for closer observation of the vote counting process. A similar lawsuit was brought in Michigan. While the Trump campaign is arguing the potential for mischief in the counting process which it would like to see stopped until its observers are afforded more reasonable access, this tack is unlikely to succeed in affecting the final outcome. The more significant legal challenge in Pennsylvania involves a lawsuit originally brought by Pennsylvania Republicans in federal court. The lawsuit claims that mail-in ballots postmarked by Election Day but arriving after Election Day cannot be legally counted under Pennsylvania law because the Pennsylvania legislature has required all ballots to be received by 8 p.m. on Election Day. The case stems from the decision of the highly partisan Pennsylvania Supreme Court to disregard the firm Election Day deadline set by the Pennsylvania legislature and grant the three-day extension because of alleged Post Office delays. The Trump campaign has now petitioned for the right to intervene in this case.

The U.S. Supreme Court refused to hear the Pennsylvania Republicans’ original motion on an expedited basis before the election. Justice Amy Coney Barrett, who had just joined the Court, did not take part in this decision. Justice Barrett did not think she was prepared at that point to weigh in. But with the election now over and the potential for the late ballots to make a crucial difference in the outcome if they are counted, the U.S. Supreme Court may decide to hear the motion on the merits after all. Justice Samuel Alito noted that “the Court’s denial of the motion to expedite is not a denial of a request for this Court to order that ballots received after election day be segregated so that if the State Supreme Court’s decision is ultimately overturned, a targeted remedy will be available.”

If, as expected, the major media outlets decide sometime during the next several days to call the presidential election for Joe Biden, the fight will still not be over. President Trump has no intention of bowing out until he has had his full day in court. Stay tuned as the 2020 election drama continues.