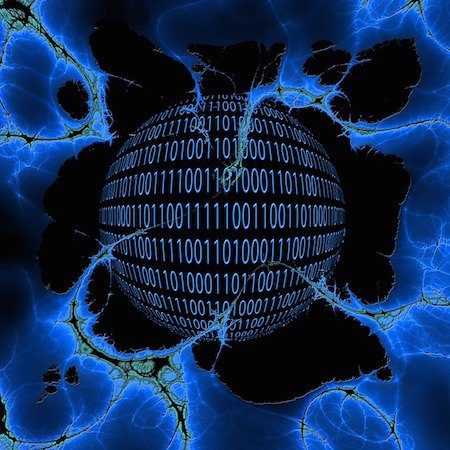 In her Georgia complaint, Sidney Powell included the declaration of Navid Keshavarz-Nia, an expert witness who stated under oath that there was massive computer fraud in the 2020 election, all of it intended to secure a victory for Joe Biden.  Dr. Kershavarz-Nia’s name may not mean a lot to you, but it’s one of the weightiest names in the world when it comes to sniffing out cyber-security problems.

We know how important Dr. Kershavarz-Nia is because, just two and a half months ago, the New York Times ran one of its Sunday long-form articles about a massive, multi-million-dollar fraud that a talented grifter ran against the American intelligence and military communities.  Dr. Kershavarz-Nia is one of the few people who comes off looking good:

Navid Keshavarz-Nia, those who worked with him said, “was always the smartest person in the room.” In doing cybersecurity and technical counterintelligence work for the C.I.A., N.S.A. and F.B.I., he had spent decades connecting top-secret dots. After several months of working with Mr. Courtney, he began connecting those dots too. He did not like where they led.

Not only does Dr. Kershavarz-Nia have an innate intelligence, but he’s also got extraordinary academic and practical skills in cyber-fraud detection and analysis.  The reason we know about his qualifications is that it takes seven paragraphs for him to list them in the declaration he signed to support the Georgia complaint.

His qualifications include a B.A., M.A., and Ph.D. in various areas of electrical and computer engineering.  In addition, “I have advanced trained from the Defense Intelligence Agency (DIA), Central Intelligence Agency (CIA), National Security Agency (NSA), DHS office of Intelligence & Analysis (I&A) and Massachusetts Institution of Technology (MIT).”

Professionally, Dr. Kershavarz-Nia has spent his career as a cyber-security engineer.  “My experience,” he attests,” spans 35 years performing technical assessment, mathematical modeling, cyber-attack pattern analysis, and security intelligence[.]”  I will not belabor the point.  Take it as given that Dr. Kershavarz-Nia may know more about cyber-security than anyone else in America.

So what does the brilliant Dr. Kershavarz-Nia have to say?  This:

1. Hammer and Scorecard is real, not a hoax (as Democrats allege), and both are used to manipulate election outcomes.

2. Dominion, ES&S, Scytl, and Smartmatic are all vulnerable to fraud and vote manipulation — and the mainstream media reported on these vulnerabilities in the past.

3. Dominion has been used in other countries to “forge election results.”

6. Dominion memory cards with cryptographic key access to the systems were stolen in 2019.

Although he had no access to the machines, Dr. Kershavarz has looked at available data about the election and the vote results.  Based on that information, he concluded

2. The simultaneous decision in Pennsylvania, Wisconsin, Arizona, Nevada, and Georgia to pretend to halt counting votes was unprecedented and demonstrated a coordinated effort to collude toward desired results.

3. One to two percent of votes were forged in Biden’s favor.

5. The scanners failed to keep records for audits, an outcome that must have been deliberately programmed.

6. The stolen cryptographic key, which applied to all voting systems, was used to alter vote counts.

7. The favorable votes pouring in after hours for Biden could not be accounted for by a Democrat preference for mailed in ballots.  They demonstrated manipulation.  For example, in Pennsylvania, it was physically impossible to feed 400,000 ballots into the machines within 2–3 hours.

9. There was a Hammer and Scorecard cyber-attack that altered votes in the battleground states, and then forwarded the results to Scytl servers in Frankfurt, Germany, to avoid detection.

10. The systems failed to produce any auditable results.

Based on the above findings, Dr. Keshavarz-Nia concluded with “high confidence that the election 2020 data were altered in all battleground states resulting in a [sic] hundreds of thousands of votes that were cast for President Trump to be transferred [sic] to Vice President Biden.”

This is going to be tough evidence for Democrats to counter.  Back when the naïve Democrats thought Trump would be the one to commit fraud, they held congressional hearings and wrote articles about the voting machines’ vulnerability.  And with the New York Times touting Dr. Keshavarz-Nia’s brilliance and his ability to sniff out fraud, they’ll struggle to that he’s not a reliable expert.  Things are getting fun.