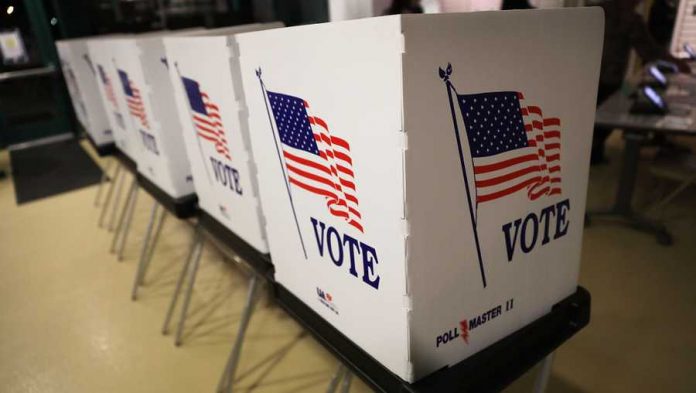 Arlington, Virginia/December 1, 2020 – Today, the Amistad Project of the Thomas MoreSociety, a national constitutional litigation organization, revealed at a national press conference the identities of whistleblowers coming forward for the first time with accounts of massive ballot fraud, including one who witnessed the shipping of an estimated 144,000-288,000 completed ballots across three state lines on October 21.

Evidence from these whistleblowers in the form of affidavits and video interviews are being used in litigation by the Amistad Project to ensure election integrity and to uphold election laws in key battleground states, including Arizona, Georgia, Michigan, Pennsylvania, and Wisconsin.

In announcing the identities of the whistleblowers and their compelling eyewitness accounts, Phill Kline, the Director of the Amistad Project of the Thomas More Society, said, “their statements and evidence is compelling and provides powerful eyewitness accounts of potential ballot fraud on a massive scale. This evidence joins with unlawful conduct by state and local election officials, including accepting millions of dollars of private funds, to undermine the integrity of this election.

Experts retained by the Amistad Project in sworn declarations state that over 300,000 ballots are at issue in Arizona, 548,000 in Michigan, 204,000 in Georgia, and over 121,000 in Pennsylvania. The declarations are filed as exhibits in Amistad’s litigation in those states. The declarations state that unlawful actions by state and local election officials in swing states, and possibly U.S. Postal Service officials, resulted in the casting and counting of hundreds of thousands of fraudulent ballots and the improper spoiling of tens of thousands of valid ballets.”

The whistleblower accounts released today, detail the failure of election officials in blue jurisdictions to maintain ballot chain of custody, allowing for the potential infusion of fraudulent ballots. These accounts include photographs of individuals improperly accessing voting machines and a detailed eyewitness account of the breaking of sealed boxes of ballot jump drives and commingling of those jump drives with others.

The accounts also reveal multi-state illegal efforts by USPS workers to influence the election in at least three of six swing states. Details include potentially hundreds of thousands of completed absentee ballots being transported across three state lines, and a trailer filled with ballots disappearing in Pennsylvania.

The eyewitness account of whistleblower Jesse Morgan raises serious questions about potential USPS complicity in election wrongdoing. Morgan is a driver for a USPS subcontractor. He drives a route from Lancaster, PA to Bethpage, NY to Harrisburg, PA, and back to Lancaster. On October 21, he arrived at Bethpage where he saw 24 gaylords (large cardboard containers used by USPS) and was told they contained mail-in ballots. He saw 24 gaylords containing bulk mail bins filled with identically-sized ballot envelopes stacked crosswise, which likely contained 144,000-288,000 ballots or more. He could see contained handwritten return addresses and one was even marked Certified Mail, prompting the expediter to remark that the person must have really wanted the ballot to get to its destination. Both of these observations revealed the ballots had already been completed and were being returned to be counted.

Mr. Morgangot to Harrisburg at 9:15 a.m., ballots in tow, but was forced to sit in the USPS yard until 3:00 p.m. When he went inside to speak with someone because his hours were about to expire, a self-identified “transportation supervisor” made himself known and instructed Jesse to drive the whole load to Lancaster without unloading the portion intended for Harrisburg.

The “transportation supervisor” would not provide him with a written slip, saying he would need to unload in Harrisburg in order to receive a slip.Morgan drove to Lancaster under orders from the Harrisburg postal supervisor, unhooked the trailer in the normal place, parked his tractor in the normal place, and went home. The next day, his trailer, the only trailer he ever used on his Bethpage route, was gone.

Mr. Morgan experienced several odd behaviors by a select group of USPS personnel which postal experts in sworn statements indicate grossly deviate from normal procedure and behavior. The experts and investigators conclude that this behavior likely reflects concern by those aware of the potential illegal behavior and their attempts to prevent discovery of that behavior.

The Amistad Project believes that fraudulent ballots were mistakenly placed on Jesse Morgan’s trailer, and that he has since been monitored by those who perpetrated the crime – and that these persons could not allow the trailer to be opened and unloaded in a public fashion.

Mr. Morgan was joined by Mr. Nathan Pease of Madison, Wisconsin. Mr. Pease related that he also was a USPS subcontractor and that on November 4 and November 5, two separate postal workers informed him that the USPS on November 4 was gathering tens of thousands of ballots and backdating the postmarks to November 3 so that they may be counted despite the November 3 deadline for receipt of the ballots.

Mr. Pease’s sworn statement coincides in time with a dramatic ballot dump on the morning of November 5 which heavily favored Mr. Biden and which has caused significant controversy within the expert community regarding the statistical probability of the late insertion of tens of thousands of ballots in favor of a single candidate on the morning after the election.

Mr. Greg Stenstrom, who testified before the Pennsylvania legislature last week, also presented his sworn affidavit during the Amistad news conference. Mr. Stenstrom in Delaware County witnessed unsupervised access by a vendor representing Dominion during which the vendor apparently violated election system certification protocols and inserted jump drives to download and update the aggregation machines counting the vote. Later, Mr. Stenstrom witnessed election officials violating protocols by breaking the seal on the machine jump drives and comingling them which reflects an intentional effort to prevent audits to accurately determine the count. This conduct as well violates certification protocols. This evidence joins evidence from Georgia indicating a dominion vendor actually removed the hard drive from an aggregator and took it home with him, thus breaking the chain of custody and undermining the integrity of the count.

Other evidence included a Traverse City, Michigan postal worker who was ordered to back date ballots, as well as postal workers in Pennsylvania who were instructed to place Trump mail – including campaign literature – in undeliverable bins while making sure that Biden mail was delivered in a timely fashion.

The Amistad Project, a project to preserve civil liberties, is an initiative of the Thomas More Society, a not-for-profit national public interest law firm. For more information on this and related issues, go to: got-freedom.org.