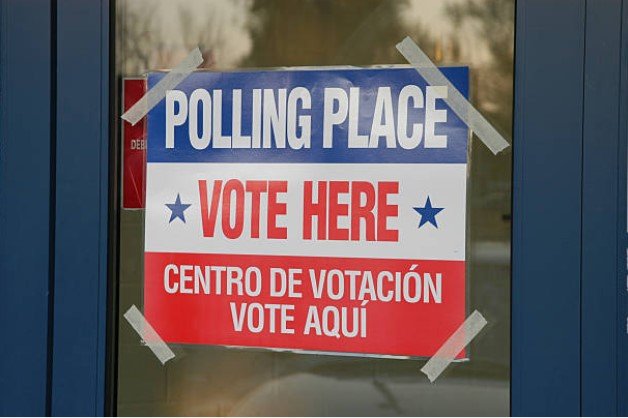 The first in an occasional series on the Zuckerberg election grants

This year, left-leaning donors Mark Zuckerberg and wife Priscilla Chan gave $350 million to an allegedly “nonpartisan” nonprofit, the Center for Tech and Civic Life (CTCL), which in turn re-granted the funds to thousands of governmental election officials around the country to “help” them conduct the 2020 election.

The Capital Research Center is beginning state-by-state investigations of these unusual grants in order to educate the public on the ways these grants may have influenced the election. This, our first report, will focus on Georgia, where the election results were unexpected and very close, and where two more runoff elections are still to be held, with the Center for Tech and Civic Life now offering additional funding to election officials for those contests.

Even before the 2020 election, the New York Times and the Associated Press ran articles on these grants. The stories expressed great sympathy for local election officials scrambling to conduct balloting under difficult circumstances, but even these two left-leaning media outlets noted how odd and suspicious the operation was. The New York Times’ respected reporter, Ken Vogel, observed,

The prospect of election administrators tapping large pools of private money has raised new legal and political questions. That is partly because it is unusual for elections to be subsidized by nongovernment funding at this level, but also because most of the cash is coming from nonprofit groups that have liberal ties, and the biggest source of the cash, Mr. Zuckerberg, has drawn fire from across the political spectrum.

Similarly, writing on September 16 for the Associated Press, Nicholas Riccardi reported, “The cash comes with a new set of questions about donor transparency, motivations and the influence of groups and figures that are not democratically accountable.” He also reported without objection that conservatives were concerned because of “the Democratic origins of CTCL and that its donations have predominantly been in areas where Democrats depend on votes.” Riccardi even quoted my skepticism: “I cannot believe people of such partisanship will put their partisanship aside while taking hundreds of millions of dollars and distributing it to election offices.”

For this present report, we will analyze election results and compare what is known about CTCL’s grants in Georgia. The picture is notably partisan, even though we have only incomplete data on where CTCL’s money went. As the AP’s Riccardi reported, “The CTCL declined to disclose its other donors” besides the Zuckerbergs, who made their donation public, or to “itemize all its contributions to local offices.”

The CTCL’s website lists only the counties in Georgia that received grants, but not the level of funding, though that would hardly be difficult to include. CTCL, as a 501(c)(3) nonprofit, is legally obligated to report on its IRS filings when it grants or provides other assistance of $5,000 or more to “domestic organizations and domestic governments” (see Schedule I of IRS Form 990). It is notable that CTCL has not, in something as public and controversial as the 2020 election, made these grant numbers public. Were its operatives and massive funding from the opposite end of the spectrum, one doubts the cosmos would have enough electrons to power the outrage vented on NYTimes.com and CNN.com, much less to post the objections by left-wing critics of “dark money” like Sens. Sheldon Whitehouse (D-RI) and Chuck Schumer (D-NY).

For this preliminary report, in lieu of self-reporting from CTCL, we will rely on Ballotpedia’s tracking of these grants based on news reports, as well as our own additional research in news databases. This accounts for grant amounts in 18 out of the 43 Georgia counties that received funds. If CTCL ever provides more information, we will update our reporting.

Major Data Points for CTCL Funding in the Georgia Election

This pattern of grant-making by a 501(c)(3) nonprofit may or may not be illegal, given the murky laws governing nonprofits. The IRS states:

Under the Internal Revenue Code, all section 501(c)(3) organizations are absolutely prohibited from directly or indirectly participating in, or intervening in, any political campaign on behalf of (or in opposition to) any candidate for elective public office. . . .

Certain activities or expenditures may not be prohibited depending on the facts and circumstances. . . . [A]ctivities intended to encourage people to participate in the electoral process, such as voter registration and get-out-the-vote drives, would not be prohibited political campaign activity if conducted in a non-partisan manner.

On the other hand, voter education or registration activities with evidence of bias that (a) would favor one candidate over another; (b) oppose a candidate in some manner; or (c) have the effect of favoring a candidate or group of candidates, will constitute prohibited participation or intervention.

Whether or not CTCL has crossed a legal line, the starkly partisan outcomes from its giving in the Peach State should lead the appropriate authorities in Georgia and Washington, DC, to determine just what has happened. Not only should CTCL be investigated for its adherence to nonprofit law, but the local election officials should also be asked many questions on their role, such as,

Some states prohibit outside funding of governmental functions like elections, and such a law seems ripe for consideration at all levels of government and by all citizens, regardless of political affiliation.

Appendix: The Partisan Ties of the Center for Tech and Civic Life

The Center for Technology and Civic Life (CTCL) was founded in 2012 by Tiana Epps-Johnson, Whitney May, and Donny Bridges. All three remain the group’s leaders, and all three worked together for years at the New Organizing Institute, a 501(c)(4) or “dark money” nonprofit whose partisanship is beyond dispute. The institute was described by the Washington Post as “the Democratic Party’s Hogwarts for digital wizardry.” It trained activists, campaign staffers, and nonprofit employees so they could conduct voter outreach via email lists and social media ads, spread online video content, and produce eye-catching online messaging.

The Post reported that the institute was created because Democratic Party operatives wanted their field workers to be trained in the digital techniques perfected by the 2012 Obama presidential campaign, in hopes of giving a lasting advantage to Democrats. “Graduates of NOI’s boot camp,” the Post wrote, are “subtly influencing the tone and the strategy of hundreds of campaigns and nonprofits at every scale.” While “political technology tends to make the most difference on the margins,” still, “in the aggregate, all that nudging can add up.”

The institute was co-founded by Judith Freeman, a long-time strategist for the Democratic Party and allied organizations. In 2004, Freeman worked for M+R Strategic Services and on then-Senator John Kerry’s (D-MA) presidential campaign. In 2005, Freeman began serving as a senior political strategist for the AFL-CIO labor union federation and co-founded New Organizing Institute. In 2008, Freeman worked as a digital field director for Barack Obama’s presidential campaign. From 2004 to 2015, Freeman served as president of New Organizing Institute.

While the Center for Tech and Civic Life today may have a few members of its governing and advisory boards with Republican affiliations, its leading donors and partner organizations lean exclusively to the left. No conservative-leaning donor, individual or institutional, is ever known to have supported its work, but it has received grants from the left-of-center Rockefeller Brothers Fund, a significant supporter of the Iranian nuclear deal brokered by President Obama and ended by President Trump, and it has received at least $690,000 from the Democracy Fund, a foundation controlled by eBay founder Pierre Omidyar, who is a primary funder of numerous NeverTrump political efforts.

On its “Key Funders and Partners” web page, the Center for Tech and Civic Life credits these organizations as having “supported” its work:

Capital Research Center has documented the left-wing ideology and sometime-partisanship of these groups. For instance, Rock the Vote in 2014, ahead of the midterm elections, released an advertisement featuring celebrities encouraging young people to vote for left-progressive agenda items like abortion rights, and in 2019 it circulated a petition in support of abolishing the Electoral College. Its president, Carolyn DeWitt, formerly served as a project manager at the 2012 Democratic National Convention. Its board co-chair Amanda Brown Lierman is the former political and organizing director of the Democratic National Committee. Board co-chair Frank Smith is a senior political advisor to the George Soros–founded donor group Democracy Alliance, a political consultant for the Blue Impact Network, and has been involved with multiple political campaigns, including two presidential candidacies.

Similarly, the Women Donors Network directs money only to left-of-center organizations. Working with other left-wing donor networks, it launched the Emergent Fund project as a response to President Trump’s election in 2016. The fund’s grantee ItTakesRoots says it “organized direct actions within the first 100 days of the Trump presidency. This included the Women’s March and Climate March.” The Women’s Donors Network has been a client of the left-wing political consultancy Democracy Partners, a highly controversial firm best known for firing Bob Creamer and Scott Foval shortly before the 2016 election, when videos surfaced that suggested their work for the Hillary Clinton presidential campaign included improperly coordinating between the campaign and multiple supposedly “independent” activist groups, and also training persons, sometimes mentally ill, to produce chaos at Trump rallies.

The Voting Information Project, like CTCL itself, is funded by NeverTrump stalwart Pierre Omidyar. The Project’s parent organization, Democracy Works, also receives funding from the Rockefeller Brothers Fund (itself a CTCL funder) and George Soros’s Open Society philanthropies. It is best known for increasing voter registration among Democratic-leaning constituencies like college students. In this work, it partners with universities as well as with left-leaning companies like Google, Facebook, Twitter, and Amazon.

Much of the material in this appendix derives from information on InfluenceWatch.org.