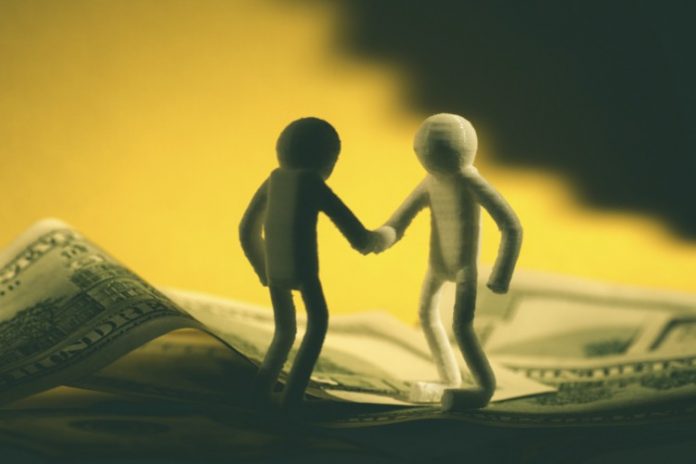 We have people working for us “at the top of America’s core inner circle of power and influence.” So said Chinese professor Di Dongsheng, vice dean of the School of International Relations at Renmin University, explaining in a leaked video how Beijing was able to leverage control over the United States and get rich and powerful on our backs — until President Trump assumed office.

Making his remarks in a November lecture that had been censored in China, Di also said that “for the past 30 years, 40 years, we have been utilizing the core power of the United States” and indicated that, under a Biden administration, it would be back to business as usual.

When I wrote the 2014 essay “Is China the Next Evil Empire?” the title was a rhetorical question. China’s designs on us and the world had long been obvious to those with open eyes, and Di’s lecture again confirms an even more troubling reality: Beijing’s effort to dominate us is being aided and abetted by powerful pseudo-elites in America’s power structures, people who get rich as they sell out our nation.

Reporting on this last night, Fox News host Tucker Carlson averred that all the talk about “Russian collusion” was nonsensical projection — on the part of “top leaders in American government and business” who wanted to distract us from their actual collusion with China.

Carlson featured the Di video, whose subtitles he said were confirmed as accurate by two different Chinese speakers. In a section the commentator described as “close to a smoking gun,” Di spilled the beans about Beijing’s odd influence over the United States, saying (translations as presented by Fox News):

The Trump administration is in a trade war with us, so why can’t we fix the Trump administration? Why, between 1992 and 2016, did China and the U.S., use to be able to settle all kinds of issues? No matter what kind of crises we encountered … things were solved in no time…. We fixed everything in two months. What is the reason? I’m going to throw out something maybe a little bit explosive here. It’s just because we have people at the top. At the top of America’s core inner circle of power and influence, we have our old friends.

Di wouldn’t disclose the identities of these “people at the top.” But he did describe “a Chinese agent working as a vice president at ‘a top Wall Street financial institution,’” related Carlson (video below). “Di explained that he couldn’t say more without making political trouble.”

Di did, however, “tell his audience that one agent in particular was especially useful, and he goes on at some length about her,” Carlson continued. “He describes her as an American who’s lived abroad for many years and is now a Chinese citizen, and this seems to baffle him a little bit. The Chinese government doesn’t allow dual citizenship. Why would they? Why would anyone?”

“Di seems pleased that the U.S. government is foolish enough to allow it,” the host adds. “He explains that this American agent, who lives at least part of the year in Beijing, helped the Chinese government with a propaganda operation in Washington in 2015, and he goes on to describe that in some detail.”

For the past 30 years, 40 years, we have been utilizing the core power of the United States…. Since the 1970s, Wall Street had a very strong influence on the domestic and foreign affairs of the United States, so we had a channel to rely on. But the problem is that after 2008, the status of Wall Street has declined, and more importantly, after 2016, Wall Street can’t fix Trump. Why? It’s very awkward. Trump had a previous soft default issue with Wall Street, so there was a conflict between them. But I won’t go into details; I may not have enough time. So during the U.S.-China trade war they [Wall Street] tried to help. And I know that, my friends on the U.S. side told me that they tried to help, but they couldn’t do much.

“But now we’re seeing Biden was elected,” Di also stated, to laughter from the audience. He continued:

The traditional elite, the political elite, the establishment, they’re very close to Wall Street. So you see that, right? Trump has been saying that Biden’s son has some sort of global foundation. Have you noticed that? Who helped him [Biden’s son] build the foundations? Got it? There are a lot of deals in all these [laughter, applause].

Now it should be even more apparent why ex-Hunter Biden business partner Tony Bobulinski said to Carlson in October, “I think Joe Biden and the Biden family are compromised.” Biden is a Manchurian Candidate.

It’s also clearer still why China has gotten away with stealing our intellectual property and defense technology, bullying our businesses, censoring our movies, and putting its propaganda in American schools and universities via its “Confucius Institutes.” It’s for the same reason why we’ve had what Trump rightly described as “stupid” trade deals.

But the reality is that our pseudo-elites are not that stupid. Rather, they’re bought off, either directly or indirectly, as they get rich selling out the American dream and threatening our very survival.

Speaking of which, Carlson also spoke last night to Director of National Intelligence John Ratcliffe (video below), who warned that China was the only country capable “of essentially taking away the American dream” — and that it has a plan to do so.

Tragically, this couldn’t happen if we had a mainstream media (MM) that did its job, exposing the real threats and the traitors among us. Instead, the MM are a fifth column, busying themselves attacking Trump and other patriots, our history, our heroes, and our culture.

And as we eat ourselves alive, as the antibodies turn against the body itself, China is preparing to consume what’s left over and dominate the world. The liberal Telegraph’s Kevin Myers wrote about Beijing’s alien mindset in his 2003 article “The giant who lives at 590 Yongia Road”:

Nothing in human history compares with the spellbinding phenomenon of Chinese genius, Chinese vision and a uniquely Chinese scale being simultaneously harnessed towards the one goal: the restoration of Chinese hegemony over the known world. This is the position which all Chinese leaders, from the Emperor Ch’in to Mao, have felt to be rightfully theirs.

… One would never judge modern Rome’s potential by the precedents set by the Caesars, nor use the conduct of the Aztecs as a useful guide to Peru’s intentions. But China is different, because it has repeatedly been in the forefront of human endeavour; and its multi-millennia-long continuities are deeply embedded within the consciousness of those who govern it. Moreover, the Chinese are more than nationalistic; they are a people for whom the concept of Herrenvolk [master race] is not some passing and malign idiosyncrasy, but a defining condition of identity. To their eyes we are barbarians whose historical eminence is due entirely to our infuriating mastery of the savage arts of war.

… Racial superciliousness remains deep within the character of the Chinese people, as their economic takeoff occurs.

Beijing is playing for keeps. The civilization that’s creating history’s first total-surveillance state and harvests and sells dissidents’ organs aims to harvest the whole Earth as our pseudo-elites sell us for 30 pieces of silver. And as an apathetic population sleepwalks into oblivion, we should remember that world dominance by China would not be the British Empire redux, but could instead be the realization of Orwell’s dark 1984 “picture of the future”: “a boot stamping on a human face — for ever.”

VIDEO: A Tribute to a Friend, Rich Higgins – Gone Too Soon!

VIDEO: “Israel announces it is prepared to attack Iran nuclear sites and their proxy army in Lebanon.”

VIDEO: Clare Lopez: Russian and Ukraine are One of the World’s Main Exporter of Grains.

Rep. Marjorie Taylor Greene on January 6 political prisoners in DC jail: “Their rights are being abused”