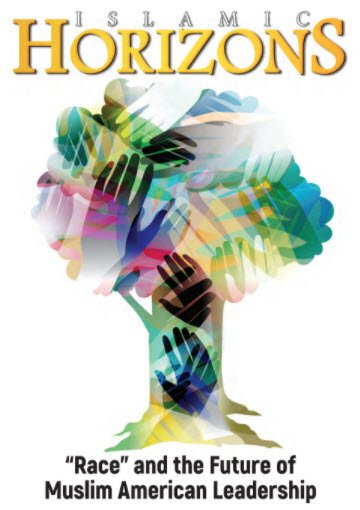 An update on our previous post wherein the U.S. Muslim Brotherhood groups projected winning 57 seats in the recent elections.

They have now upped that projection to 62. Per a CAIR report:

170 Muslim Candidates in 28 states and Washington D.C. ran for public office in 2020, the highest number we have recorded.

62 were successfully elected to office. In comparison, 49 Muslim candidates were elected to public office in 2019, and 57 in 2018 (the previous high mark in our record).

33 incumbents were re-elected in 2020 with no one losing their seats.

48 Muslims ran for state legislatures in 22 states with 23 winning. At least six made history as the first ever elected to a state office in their state.

A total of 22 Muslims ran for congress in 14 states. 5 made it to the general election with 3 winning reelection. First-time candidate, Mike Siegel, lost a close race to represent the 10th Congressional District in Texas.

A total of 35 candidates who ran for a seat on a School Committee or Board of Education, 12 successfully winning seats. The number of elected candidates could rise as votes continue to be counted.

16 ran for county positions in 10 states, with 6 winning their election in 5 states.

6 ran for judicial seats with 4 winning.

Although American Muslims are running across the country, some states stood out: 27 ran in Minnesota; 22 in California; 22 in New Jersey; 19 in Michigan; and 9 in Massachusetts

And that number could grow:

108 were either not elected or are in races that are too close to call due to a large number of ballots yet to be counted.

Of course, that number could  also shrink pending fraud investigations.

Many of the elected are in Muslim immigrant/refugee enclaves where voter fraud is rampant (Minnesota, Ohio, Michigan, New Jersey, etc.).

Whistelblowers in Minnesota already exposed multiple fraud efforts and a New Jersey judge declared an election invalid due to mail-in voter fraud. Yet the brother of one of the perps won an election there.

In Texas, a Muslim mayoral candidate was arrested on 10+ felony voter fraud charges.

33 Muslim incumbents ran for office. Not a single one lost.

Read below for more on the terror-linked and terror-listed CAIR:

…CAIR consistently refuses to condemn any terror attacks committed by Hezbollah or Hamas. Making this refusal explicit, in 2004, CAIR Executive Director Nihad Awad said, “If they want us to condemn a liberation movement inside Palestine or inside Lebanon they should condemn Israel dozens of times on all levels at all times, and we will not condemn any organization.”

Seven CAIR leaders have been convicted on terrorism charges. One of the convicted terrorists, Ghassen Elashi, had two jobs. Together with his brother in law, Hamas leader Mussa Abu Marzouk, Elashi founded the Holyland Foundation for Relief and Development, (HLF). HLF was Hamas’s fundraising arm in the US He was also the founding director of CAIR’s Texas branch. Following 9/11, federal authorities began investigating HLF and its ties to Hamas and in 2004, HLF was indicted for transferring millions of dollars to the Palestinian terror group. It was found guilty in 2007, and Elashi was sentenced to 65 years in prison. CAIR was named in the trial as an unindicted co-conspirator.

One of the means CAIR uses to block criticism of jihadist Islam is intimidation. Rejecting criticism of Islam as “Islamophobic” opponents of the group risk being labeled as “hate groups” by CAIR or its allies if they dare to speak out against CAIR’s positions and goals. For instance, in 2014, CAIR waged a very public campaign to cancel showings on college campuses of “Honor Diaries“, a documentary by Muslim women exposing the cruelty suffered by women and girls in Islamic societies. The same year, CAIR compelled Brandeis University to cancel its plan to confer an honorary degree on Muslim feminist and human rights activist Ayaan Hirsi Ali.

Likewise, CAIR disparages and seeks to delegitimize counterterrorism investigations and investigators as “Islamophobic. A civil suit filed by the estate of 9/11 victim and former high-ranking FBI counter-terrorism agent John O’Neill, Sr. asserted that CAIR’s goal “is to create as much self-doubt, hesitation, fear of name-calling, and litigation within police departments and intelligence agencies as possible so as to render such authorities ineffective in pursuing international and domestic terrorist entities.”