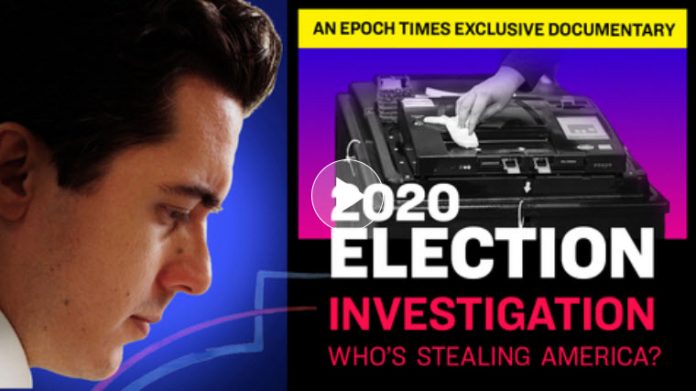 It started with an unprecedented global pandemic caused by the CCP virus, and it is concluding with the U.S. presidential election which has captivated the world.

On Election Night, Nov. 3, an assortment of anomalies were observed, followed by a large number of specific allegations of election fraud. As the integrity of the election continued to be questioned and evidence continued to emerge, most mainstream media stuck to a one-sided narrative by calling the 2020 election the most secure in American history and sought to silence opposing voices.

Following election night, The Epoch Times’ investigative team quickly went to work. In an attempt to uncover the issues behind the election, investigative reporter Joshua Phillip traveled across the country to swing states to interview whistleblowers, big data experts, and election experts.

This is the first investigative documentary published on election integrity in the 2020 U.S. presidential election.

Why was the vote count halted in key swing states on election night? What are the problems and potential fraud associated with mail-in ballots? Is Dominion Voting Systems secure or not? What lies behind the $400 million received by the parent company of Dominion Voting Systems less than a month before the election? Who is trying to manipulate the U.S. election behind the scenes? Who is the benefactor of an increasingly divided American society? What will become of America at this historical juncture? What choice should you, I, and every American patriot make? The Epoch Times’ investigative team presents to you a detailed investigative report.

Watch the documentary on The Epoch Times and NTD websites:

Dr. Robert Malone: Explains How Dire the Situation is in the USA, Full Interview with Joe Rogan

Critical Race Theory – How to STAND Against It

WATCH: Why Are Congressional Security Risks Leading the Investigation Into the January 6 “Insurrection”?