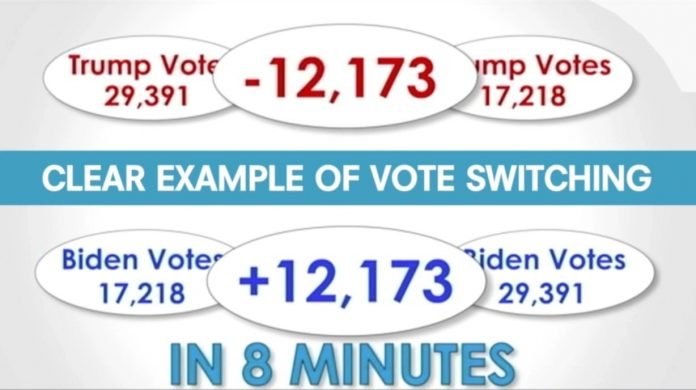 As we’ve reported for more than a month, the election fraud in Georgia was beyond belief.  Fraud occurred in every imaginable avenue.  Every fraud technique was used and it occurred throughout the state, especially in Atlanta’s Fulton County.

Share this video with any doubters that you know.  This video proves election fraud in Georgia – which was a microcosm of all the fraud throughout the United States that took place in the 2020 election.

There was so much fraud in Georgia that the election there is a total fraud.  We cannot allow criminals to corrupt and steal our elections.  The image above alone is enough to move the election back to President Trump.  We should demand this be reviewed by the corrupt politicians in Georgia.  This impacts the entire election.