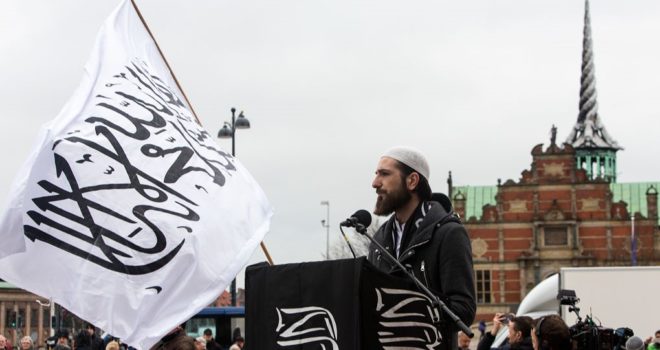 Years ago, after another outrage in Beirut, I recall a comment by a Jihadist intellectual. He was disgusted with the then widespread belief that such atrocities only happen within Muslim countries, a sign of their civilizational inferiority. He longed for the day when such frequent bombings would also be an everyday event in Western cities. That shock would soon cure the West of its superiority complex.

As we see almost weekly in European and American cities, that day has now arrived with multiple bombings, shootings, and “truck slaughters.” Each of these is less dramatic than 9/11, but none pass un-noticed, un-agonized over. Each creates its own immediate chaos, be it in Boston, Paris, Brussels, London, Mumbai, or Madrid. We have become used to such “terror,” as we uncritically insist on calling it.

This “getting used to it,” however, is why such atrocities continue to happen. The strategy of those who initiate them is to deflect their enemies’ attention away from understanding Islam, what it says about itself. Such man-made flare-ups are like hurricanes. One follows another inevitably. No one can halt them. We can only prepare to mop up the next mess.

We can look at the historic fact of Islam in two ways. We can see it as it sees itself. We can read its books, study its history, its laws, and observe how it organizes itself. We note similarities and differences between Sunnis and Shiites. We can read its philosophers and commentators on the Quran. We can listen to its Imams in their mosques, now newly constructed in most of our own cities with the quiet assistance of Saudi oil money. In return, Christian and other Near-Eastern churches are bombed, torn down, or severely restricted by law. We observe how, in family and public life, Islam’s members deal with one another and with others not of their faith.

Or secondly we can see Islam primarily through our own sundry philosophies as an instance of some universal philosophical principle that follows from our, not its, premises. In the 1930s, almost no one except perhaps the English historian, Hilaire Belloc, expected Islam to rise again. It was thought to be a backward religion that could only die out before the wonders of scientific civilization. Most Muslim countries were at the bottom of economic development lists. Still, they really did not much care about what we call “development.” They were concerned with Allah.

The main source of the wealth needed to carry Islam’s mission along was oil. But the usefulness and development of oil riches had almost nothing to do with anything in Islam. It turns out that North America had more oil than did the Arab countries; it just never developed it. Many of Islam’s own thinkers, often with Western education, thought it could be transformed into a liberalized, secular movement freed of the odious killings associated with its expansion from beginnings in the seventh century, its bloody conquests of mostly Christian lands.

Most Muslim believers, however, continued to think that the older methods were not only right, but also more effective. They thought that modern civilization was itself corrupt. It was vulnerable in its streets to a revitalized Islam willing to follow the faithful agenda set down in the Quran.

These reflections are titled: “Why I believe in Islam.” I am not a Muslim. But I do maintain that those who believe in it are basically doing what they are instructed to do. They are not somehow betraying Islam. To them, it is a divine mandate. The real struggle with Islam is theological, not political. Is the mandate true? If so, why so? If not, why not? If it is true, of course, it should be followed.

Politics and strategy to carry out this clearly enunciated mandate to submit the world to Allah follow the truth question. Until this priority is understood, no solution to “terrorism” can be found. On the basis of their own presuppositions, most academics, politicians, religious, and cultural sources in the West cannot or will not understand what is happening.

In short, I believe—this is an opinion—that Islam is what those who take it most seriously, those who lay down their lives for it, claim that it is. From its beginnings, Islam was a militant religion that quite willingly used arms of all sorts. The Quran does not reject this approach. The duty of Muslim thinkers and believers, in different places and periods of time, is to select the best prudential means, be it arms or peace, to achieve a world order subject to the law of Allah. Ultimately, real peace on earth can only exist when everyone in practice submits to Muslim law. Until then, those not under Muslim law are technically at war with Islam, which sees itself involved in a just war against unbelievers of all sorts

With the apparent destruction of ISIS strongholds in the Middle East, can’t we now expect a rapid diminishing of violent missionary efforts in the West? More likely, the opposite will occur. Through immigration/refugee policies, often called humanitarian operations, Muslim militants are found in every major city. Many enclaves already exist in which Muslim law is in effect. Muslim birthrates rapidly rise. The ballot box and the street-bomb do not have different ends. They only differ in means. Once power is established, the result will be largely the same.

In short, I believe that Islam can achieve what it centuries ago set out to undertake, the submission of the world to Allah. We will continue not to grasp what Islam says of itself, so long as we designate any effort to understand it as “hate language.” It is often said that universities in Islam are basically theology schools designed to foster the goal of its traditional belief. This is probably not a source of weakness but of strength, as no basic questioning of the validity of Islamic belief is permitted.

Islam can achieve its own mission largely because of what it believes about itself. It has bypassed the issue of modern technology, however much, say, Iran dabbles with nuclear weapons. Nuclear weapons are relatively useless against frequent disruptions of every civil order from the inside. Muslims claim the killing of infidel enemies is the work of Allah. Martyrdom is praised when dying is part of the process. Faithful Islam is carrying out what it thinks it should carry out. That is the mission that we refuse to understand.

Such a way of thinking, no doubt, is contrary to our way of understanding things, but it is not contrary to their way of thinking. Knowing why one’s opponent does what he does is more important than knowing what he does. If our philosophy does not allow us to grant that someone can use what we call evil means against us, with a voluntarist theory to justify it, we will continually fail to understand what is happening around us, what we cannot avoid seeing in our streets. Eventually, this failure will be the key to the victory of that idea or mission that we do not want to understand because it does not fit in with our philosophy. The place to begin to understand Islam then is with our philosophy that prevents us from seeing what is there, what is going on carefully, systematically, and generally successfully.

The contemporary rise of Islam has much to do with its own faith and the courage to expand it. But it has more to do with the condition of the Western mind itself. Its epistemology has made it incapable of understand either a true or false belief. I do not maintain that Islam’s account of itself is intellectually coherent or in conformity with reality. But I do hold and grant that its most dedicated adherents do believe in its stated mission to convert the world to Allah. Until we are willing and capable of addressing the truth of this belief, not just its effects, we will uncomprehendingly watch it expand from one city to another in our very midst.