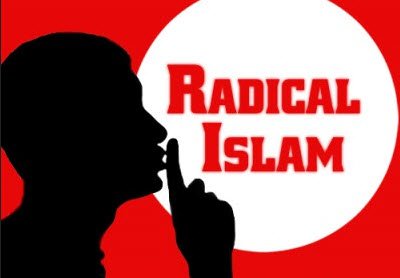 Tawfik Hamid recently wrote an article titled “Defining ‘Metrics’ to Measure Radical Islam is Vital to Defeating It.”1 Hamid noted that since the September 11, 2001 attacks by “19 radical Islamists” the focus has been on “kinetic warfare to fight the threat of Islamic terrorism.” But, he pointed out, the failure to fight the ideology that drives “militant jihadists” will result in an endless supply of such jihadists. This ideology is Radical Islam.

Things get more complicated when we realize that what we call radical Islam is not clearly defined – there are no standard metrics by which to measure it. In other words, we are fighting an undefined enemy… The lack of metrics to measure Islamic radicalism is further confounded by the fact that the word “radicalism” can be such a relative term. We could argue about it forever as long as we do not have clear metrics for it.

I have developed practical metrics to define Islamic radicalism. I call my approach the Radical Islam Support Test (RIST).

RIST consists of a series of seven questions to ask a Muslim individual or organization. The first thing that struck me when I looked over these questions was that what Hamid called the “abhorrent ideological values” expressed in those questions were actually Islamic Doctrine that have been a part of Islam since the 7 th Century.

Below are the questions Hamid suggested. After each question I have noted one or more Koran verses that support the Doctrine mentioned in that question; if the subject of the question is also supported by the teachings and example of Muhammad (the Sunnah), I have so indicated.

1. Apostates: Do you support killing them? Should leaving the faith of Islam be punishable by death?   Koran 4:89 and Sunnah 2

2. Barbaric treatment of women: Is beating women ever acceptable and, if not, do you reject the decrees of Islamic law that sanction the beating of women? Do you also accept stoning women to death for committing adultery?   Beating Women: Koran 4:34 and Sunnah 3 Stoning: Sunnah 4

3. Calling Jews pigs and monkeys: Do you believe that Jews are in anyway subhuman and, if not, do you reject the Quranic interpretations that claim (Qur’an 5:60) they are?    In Koran 5:60 the transformation of folks into monkeys and swine was done by Allah to specific people at a specific time. And Muhammad said that such transformed people had no descendants.5

4. Declaring holy war: Do you support declaring war against non-Muslims to subjugate them to Islam? Do you believe it is fair and reasonable to offer non-Muslims the three options — of conversion, paying the jizya tax or death?   Koran 9:5, 9:29, and Sunnah 6

5. Enslavement: Do you support the enslavement of non-Muslim female prisoners and having sex with them as concubines? If not, do you reject those interpretations in Islamic law governing ma malakat aymanukum (“whom you own”), which justifies such actions?   Koran 4:24 and Sunnah 7

6. Fighting Jews: Do you support perpetual war against Jews to exterminate them and, if not, should those Muslims who incite such war be punished? Koran 5:82, 9:29 and Sunnah 8

7. Killing gays: Do you believe it is acceptable to kill homosexuals and, if not, do you reject those edicts in Sharia law which claim it is permitted? Sunnah 9

2. Considering the lives of Muslims to be more precious than that of non-Muslims.

Merriam-Webster’s Collegiate Dictionary (11th Edition) defines “radical” as: marked by a considerable departure from the usual or traditional.. As we can see, the metrics Hamid proposes being used to determine “radicalism” are, with the exception of Question 3, not a departure but rather a reiteration of the traditional unabrogated commands of Allah found in the Koran, and the example and teachings of Muhammad found in the Sunnah.

There are other issues with Hamid’s metrics. For example, he wrote:

Based on these metrics, if any person or Islamic organization fails to reject such abhorrent ideological values, they should not be called moderates. Instead, they should be called what they are: Islamic radicals.

Is Hamid talking about a 100% rejection rate in RIST results? What if the Muslim being questioned disagrees with 40% of the questions? Is there to be a sliding scale to determine “radicalism,” and if so, at what point should we become concerned? And if a Muslim disagrees with the Islamic Doctrine involved in the RIST questions, is that Muslim really “moderate,” or would it be more accurate to label that as a “salad bar” Muslim who picks and chooses what parts of Islam to follow? Keeping in mind of course that just because an individual Muslim rejects certain aspects of Islamic Doctrine, that doesn’t mean that particular Doctrine is no longer valid.

A major issue with Hamid’s RIST is the fact that Koran 3:28 and 16:106 allow Muslims to deceive non-Muslims and even pretend to reject Islam, as long as they stay true to Islam in their hearts. How does the RIST approach address this?

If one wants to focus on “radicalism,” here is something to keep in mind from the beginning:

How can you use the term radical without first identifying the norm? Normative Islam is based on the unabrogated commands of Allah in the Koran, and the examples and teachings of Muhammad (the Sunnah). If the Koran and the Sunnah support a Muslim’s actions, that Muslim is not radical, he is devout.

Dr. Stephen M. Kirby is the author of six books about Islam.

(https://islamseries.org/books/)  His latest book is Islamic Doctrine versus the U.S. Constitution: The Dilemma for Muslim Public Officials.

2 For more details see my book Islamic Doctrine Versus the U.S. Constitution: The Dilemma for Muslim Public Officials, (Washington DC: Center for Security Policy Press, 2019), pp. 59-63.   A free, searchable PDF copy of my book is available for download at https://www.centerforsecuritypolicy.org/2019/12/03/csp-press-releasesprimer-on-islamic-doctrine-versus-the-u-s-constitution/ or at https://islamseries.files.wordpress.com/2020/07/islamic-doctrine-versus-the-us-constitution-the-dilemma-formuslim-public-officials.pdf.

3 Islamic Doctrine Versus the U.S. Constitution: The Dilemma for Muslim Public Officials, pp. 139-141.

6 For details about how Muhamad conquered the Arabian Peninsula at the point of the sword, offering nonMuslims the choice between converting to Islam, paying the jizyah, or death, see my book Islam’s Militant Prophet: Muhammad and Forced Conversions to Islam (Charleston, SC: CreateSpace, 2016).

7 Islamic Doctrine Versus the U.S. Constitution: The Dilemma for Muslim Public Officials, pp. 93-97.

8 Narrated Abu Hurairah: Allah’s Messenger said, “The Hour will not be established until you fight against the Jews, and the stone behind which a Jew will be hiding will say, ‘O Muslim! There is a Jew hiding behind me, so kill him.'” Muhammad bin Ismail bin Al-Mughirah al-Bukhari, Sahih Al-Bukhari, trans. Muhammad Muhsin Khan (Riyadh, Kingdom of Saudi Arabia: Darussalam, 1997), Vol. 4, Book 56, No. 2926, p. 113.

9 Islamic Doctrine Versus the U.S. Constitution: The Dilemma for Muslim Public Officials, pp. 90-91.