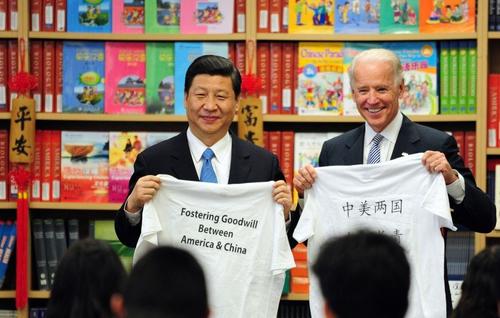 The Biden administration has just endorsed one of China’s most vicious attack lines against the United States.

The new administration’s actions look as if they are setting a pattern for its responses to Beijing on the disease and other matters.

On January 26, Biden signed his executive order titled “Memorandum Condemning and Combating Racism, Xenophobia, and Intolerance Against Asian Americans and Pacific Islanders in the United States.”

The order states that during the coronavirus pandemic “inflammatory and xenophobic rhetoric has put Asian American and Pacific Islander persons, families, communities, and businesses at risk.”

There is nothing wrong with protecting minorities from racism, but racism is not the problem. “Political correctness presages policy incorrectness,” writes the Claremont Institute’s Ben Weingarten on the Newsweek site, commenting on Biden’s executive order. “And when it comes to matters of life and limb, political correctness can kill.”

“Xenophobia” has been a constant Biden theme. On January 31 of last year, President Trump announced the “travel ban,” prohibitions and restrictions on arrivals from China.

Within moments of the announcement, Biden went on the attack. “This is no time for Donald Trump’s record of hysterical xenophobia and fear mongering to lead the way instead of science,” he said.

Biden’s campaign said the attack was not in response to the travel ban, yet on the following day the candidate expressed the same thoughts in a tweet: “We need to lead the way with science—not Donald Trump’s record of hysteria, xenophobia, and fear-mongering.”

There was nothing “xenophobic” about Trump’s travel ban. It was imposed on arrivals from the country where the disease first appeared. The ban, therefore, saved lives, and it would have saved even more if it had been stricter, announced sooner, and had been more rigorously enforced.

Biden was against the China travel ban, and if he had been president then, the disease would almost certainly have spread faster in America. He was, during the campaign, against all such travel prohibitions.

Then, Biden’s criticisms of the travel ban aligned perfectly with Beijing’s attacks on Trump—and on the United States.

Now, Biden is supporting another Chinese propaganda campaign. “The Federal Government must recognize that it has played a role in furthering these xenophobic sentiments through the actions of political leaders, including references to the COVID-19 pandemic by the geographic location of its origin,” declares the January 26 executive order.

The order is expected to result in a ban, across the federal government, of the use of “China virus,” “Wuhan flu,” and variants.

President Trump emphasized “China virus” early last year, in response to Beijing’s statements. On March 12, the Chinese foreign ministry launched disinformation attacks, accusing the U.S. of being the origin of the coronavirus disease and hiding its source. An official foreign ministry tweet made explicit the claim that official Chinese sources had been hinting for more than a month: The United States was ground zero for COVID-19.

Beijing has not given up on this malicious line of attack. This month, Beijing, with absolutely no evidence, has been pointing to Fort Detrick in Maryland as the source of the disease.

The Chinese regime, which to this day uses geographical names for strains of virus, has been trying to ban any identification of China with the pandemic. Biden, with his executive order, is doing Beijing’s work as Chinese leaders try to deflect blame.

“The Chinese Communist Party would love to see itself delinked from the coronavirus pandemic that originated on its shores, that it sought to cover up, that it helped spread around the world, and that it has cynically sought to exploit at every turn,” writes Weingarten.

“So Beijing must have been cheering when it got word of a gift, in this regard, from President Joe Biden.”

Moreover, Biden, within hours of taking the oath, rejoined the World Health Organization (WHO), something else Beijing wanted because, as a practical matter, it controls the political leadership of that body.

This decision was especially hideous because WHO was complicit in China’s deliberate spread of the disease. WHO disseminated Beijing’s position that the coronavirus was not readily contagious even though the organization’s senior doctors knew it was highly transmissible. Moreover, WHO championed the Chinese campaign against travel bans.

Americans died because of these and other indefensible actions on the part of WHO, and now Biden will go back to legitimizing and supporting that organization.

China’s challenge to America is comprehensive, on every front. So far, Biden has taken steps that certainly encourage Beijing. His rejoining the Paris Agreement, his cancellation of the Keystone XL Pipeline, and his repeal of the ban on Chinese equipment in the American electrical grid, among others, favor, directly or indirectly, Beijing. Also of great concern is the failure of Commerce Secretary nominee Gina Raimondo to confirm that Huawei Technologies will remain on the department’s Entity List.

Analysts say Beijing is testing Biden. Yes, but so far the Chinese do not need to lift a finger. The new president is giving them what they want, and they are not even having to ask.