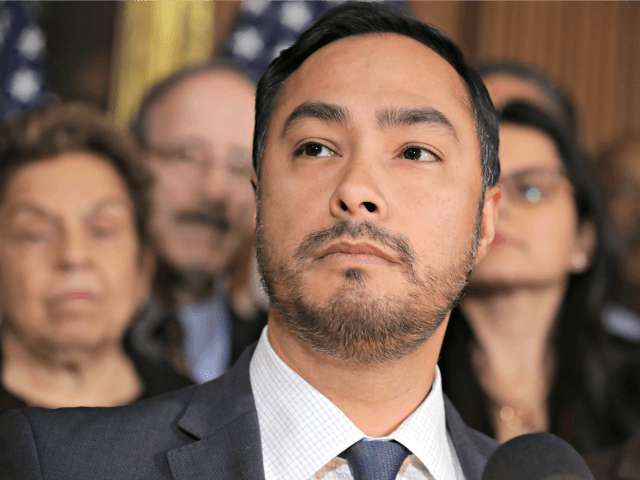 A group of House Democrats is seeking to ban the term “alien,” and thus “illegal alien,” from being used by federal agencies to refer to noncitizens and those who are illegally present in the United States.

Rep. Joaquin Castro (D-TX), along with 11 other members of the House Hispanic Caucus, have filed legislation to eliminate the term “alien” at federal agencies when referring to noncitizens.

“To prohibit Executive agencies from using the derogatory term ‘alien’ to refer to an individual who is not a citizen or national of the United States, to amend chapter 1 of title 1, United States Code, to establish a uniform definition for the term ‘foreign national,’ and for other purposes,” a summary of the legislation reads.

A ban on the use of the term “alien” at federal agencies would mean the Department of Homeland Security and Department of Justice would no longer be allowed to use the term “illegal alien” when referring to those in the U.S. illegally.

Reports this week indicate that memos have already been issued at the Immigration and Customs Enforcement (ICE) agency — tasked with enforcing federal immigration law — to halt usage of the terms “alien” and “illegal alien.”

Similarly, President Joe Biden has suggested the change as well. A draft of his legislation to increase legal immigration levels and provide amnesty to most illegal aliens also required that the term “alien” be removed from federal law and replaced with “noncitizen” which does not distinguish between legal immigrants, visa holders, green card holders, and illegal aliens.

John Binder is a reporter for Breitbart News. Email him at jbinder@breitbart.com.