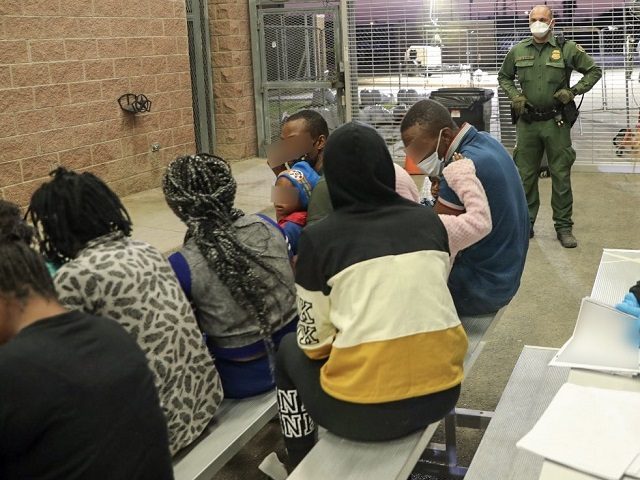 Border Patrol agents in the Del Rio Sector apprehended a large group of suspected Haitian migrants who illegally crossed the border from Mexico into Texas.

Although apprehensions on the border garner little attention, the size of such groups and their country of origin does tell a story.

An anonymous source reported the illegal entry and apprehension of a single group of over 90 illegal aliens. Many in the group are suspected of being nationals of Haiti. According to the source, Mexican immigration officials alerted U.S. authorities along the border concerning the potential arrival of the migrants who were traveling through Mexico on charter busses. 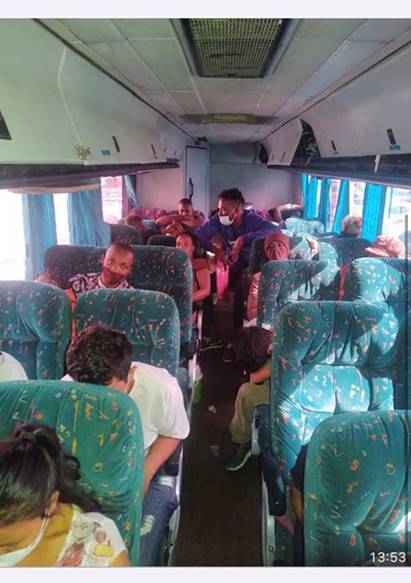 Haitian migrants on a Mexican bus making their way to the U.S. border. (Photo: Government of Mexico)

It is not uncommon for third-country nationals from outside Mexico to be provided travel documents requiring them to depart Mexico within a set time frame. These documents provide for free travel through Mexico.

This most likely is the case as Mexican immigration officials allowed them to continue towards the U.S. Mexico Border.

A spokesperson for U.S. Customs and Border Protection confirmed the information indicating the arrest of over 90 illegal aliens occurred near Del Rio, Texas, shortly after 9 a.m. on January 30.  Law enforcement authorities in Mexico dispersed another group of migrants who did not illegally cross to the U.S. At present, the group is being detained in Del Rio, Texas, and being processed by Border Patrol agents.  The exact nationality of the group is not known for that reason, but many are suspected of being Haitian nationals.

Earlier this month, a pregnant migrant woman from Haiti drowned while attempting to cross the border in this same area, Breitbart Texas reported. Her travel companion’s body was found by Mexican authorities along the Rio Grande a few days earlier.

Randy Clark is a 32-year veteran of the United States Border Patrol.  Prior to his retirement, he served as the Division Chief for Law Enforcement Operations, directing operations for nine Border Patrol Stations within the Del Rio, Texas Sector.

What Part of Iran Won’t Listen Doesn’t Team Biden Get?

Illinois: Chicago Muslim Sentenced to 12 Years for Conspiring to Provide...