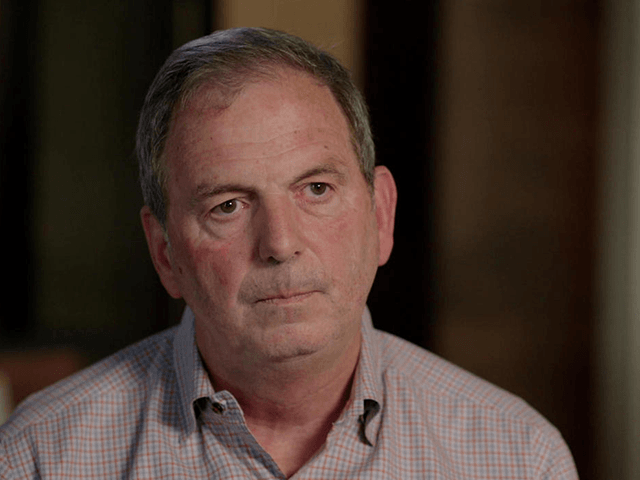 John Weaver, a co-founder of the Lincoln Project, has been accused of sending explicit messages to nearly a dozen young men, offering them career advice and jobs in exchange for sexual favors.

Weaver, who formerly worked with the late Sen. John McCain (R-AZ) and former Ohio Gov. John Kasich (R), was accused by 21 men of sending unwarranted messages, one who stated that he began receiving messages when he was 14 years old, according to the New York Times.

According to the Times, Weaver told one young man that he would “spoil you when we see each other” and “help you other times. Give advice, counsel, help with bills. You help me … sensually.”

The Lincoln Project, an anti-Trump Republican group, insists it was unaware of the allegations until it started circulating in the news.

“There was no awareness or insinuations of any type of inappropriate behavior when we became aware of the chatter at the time,” co-founder Steve Schmidt told the Times.

The group also released a statement on the matter, calling Weaver “a predator, a liar, and an abuser”:

John Weaver led a secret life that was built on a foundation of deception at every level. He is a predator, a liar, and an abuser. We extend our deepest sympathies to those who were targeted by his deplorable and predatory behavior. We are disgusted and outraged that someone in a position of power and trust would use it for these means.

The totality of his deceptions are beyond anything any of us could have imagined and we are absolutely shocked and sickened by it. Like so many, we have been betrayed and deceived by John Weaver. We are grateful beyond words that at no time was John Weaver in the physical presence of any member of The Lincoln Project.

According to a tweet from political consultant Ryan James Girdusky, the conservative activist who first broke the story, the group’s statement is “an absolute lie,” telling his followers the group knew about the allegations and that he was crafting a story on the matter:

This statement by the @ProjectLincoln is an absolute lie.

Members did know. Young men approached them about the accusations. Members knew I was writing the story and warned John Weaver pic.twitter.com/BZms5iLgpL

“Members did know,” Girdusky wrote. “Young men approached them about the accusations. Members knew I was writing the story and warned John Weaver.”

Outlining unanswered attempts made by young men to reach out to the group, Girdusky noted that Molly Jong-Fast, editor-at-large at the Daily Beast and an adviser for the Lincoln Project, had “heard I had this story back in the early summer. And that it was circulating several outlets”:

According to several mutual friends, @MollyJongFast heard I had this story back in the early summer. And that it was circulating several outlets.

Girdusky further criticized the group in a separate tweet, saying there was “silence” after he wrote the article detailing Weaver’s questionable past:

Girdusky’s article, titled “The Lincoln Project’s Predator,” was published on January 11, four days prior to a public statement from Weaver on the situation.

In his report on the situation, Girdusky stated that one “young man said that Weaver reached out to him with the promise of a job opportunity. He told Weaver would condescendingly call him ‘my boy.’”

Girdusky also highlighted another accusation placed against Weaver after he offered a young man an internship in Washington, DC, or Austin, Texas. According to Girdusky, that conversation led to an exchange of phone numbers, which Weaver utilized to question the young man about his body type and weight, seemingly fantasizing about his genitalia.

Girdusky stated that when the young man told Weaver his body type was “about average,” Weaver responded, “oh my boy, I’m sure certain parts of you are well above average.”

On January 15, Weaver acknowledged sending the “inappropriate” messages to young men and apologized.

“The truth is that I’m gay. And that I have a wife and two kids who I love,” Weaver said at the time in a statement to Axios. “My inability to reconcile those two truths has led to this agonizing place.”

“To the men I made uncomfortable through my messages that I viewed as consensual mutual conversations at the time: I am truly sorry,” Weaver added. “They were inappropriate and it was because of my failings that this discomfort was brought on you.”