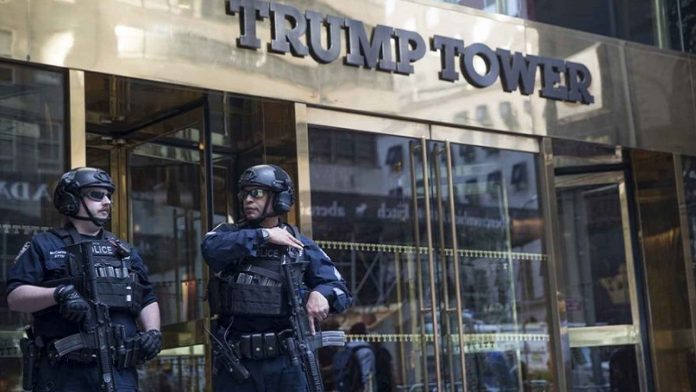 Yet more converts to Islam get the idea that their new religion calls for violence.

We are being inundated with propaganda these days about how there is a “right-wing extremist” threat that dwarfs the jihad threat in the United States, but back in the real world, the Justice Department announced Monday that in San Antonio, “Jaylyn Christopher Molina, aka Abdur Rahim, admitted to conspiring to provide material support to the designated foreign terrorist organization Islamic State of Iraq and al-Sham/Syria (ISIS).” Molina “pleaded guilty to one count of conspiracy to provide material support to ISIS and one count of receiving child pornography.” Molina hoped to commit mass murder in the name of his adopted religion. Once again, authorities will ignore the implications of this.

“By pleading guilty,” the Justice Department stated, “Molina admitted that since May 2019, he conspired with 34-year-old South Carolina resident Kristopher Sean Matthews, aka Ali Jibreel, and others to provide services to ISIS by administering an encrypted, members-only chat group for persons who supported ISIS ideology; by collecting, generating and disseminating pro-ISIS propaganda; by attempting to recruit individuals to join ISIS; and by disseminating bomb-making instructions.”

They planned to do more than that as well. In an online chat, Molina wrote “Let it be clear, I am against America. America is my enemy” as he conspired with to commit “Netflix worthy” terror attacks at Trump Tower and the New York Stock Exchange, which they thought would gain them “rock star status.” Molina also posted instructions online on how to train to handle an AK-47, as well as directions on how to build a bomb.

Matthews and Molina thought they could become heroes among their peers hitting the headquarters of the CIA, the FBI, and the Drug Enforcement Administration. Molina wrote: “We need to stick together, we need to defeat them, we need to take a lot of casualties, a lot of numbers.” Matthews stated: “I would hit places like that to send a message.”

According to the legal complaint against the pair, Molina “also described attacking communications centers and plans to ‘fortify a town barrier and establish the first bases or establish a HQ.’”

Both Molina and Matthews are apparently converts to Islam. This raises a question that has come up many times before, but has never been answered: why do so many converts to Islam come to hate their own country? Nor are Matthews and Molina by any means the first American converted to Islam to try to join ISIS. Just days before Matthews pled guilty, another convert to Islam who was a US Army soldier was arrested over a jihad plot to bomb US troops and commit jihad massacre at 9/11 Memorial.

There are many, many other such cases. Another recent one was reported in the Miami Herald on December 8, 2020: a Cuban-born convert to Islam in south Florida, Jonathan Guerra Blanco, was arrested and charged with providing material support to ISIS. According to the FBI, Guerra produced propaganda videos and guides in order to “incite and equip primarily Spanish-speaking followers to conduct operational attacks in support of ISIS.” Guerra “produced and distributed an ISIS video titled ‘Called to Islam’ that featured a Spanish-language video ‘threatening non-believers to convert to Islam.’ Among the video footage were shots of the Biltmore Hotel in Coral Gables and the Las Vegas Strip, along with clips of a suicide bomber’s farewell address and a prisoner execution.” Guerra said that he wanted to “make the word of Allah…the highest,” and added: “I always strive to please Allah. I don’t want to brag, but I dedicate my life to [jihad].”

All the major Muslim organizations in the U.S. condemn ISIS. So why, when Jaylyn Molina and Kristopher Matthews converted to Islam, did they fall prey to its supposedly twisted and hijacked understanding of Islam? Why wasn’t the peaceful, tolerant, true Islam that everyone assumes converts to Islam are taught in mosques in the U.S. able to withstand challenge from the supposedly un-Islamic vision of ISIS? Why aren’t the mosques they attended being investigated? Why am I the only person in the country asking these questions?

Robert Spencer is the director of Jihad Watch and a Shillman Fellow at the David Horowitz Freedom Center. He is author of 21 books, including the New York Times bestsellers The Politically Incorrect Guide to Islam (and the Crusades) and The Truth About Muhammad. His latest book is Rating America’s Presidents: An America-First Look at Who Is Best, Who Is Overrated, and Who Was An Absolute Disaster. Follow him on Twitter here. Like him on Facebook here.