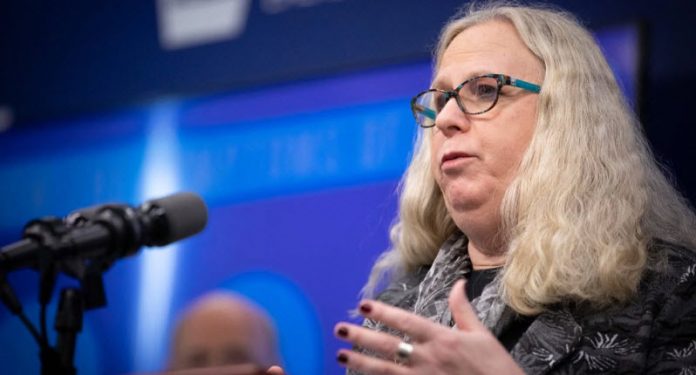 Remember that some think “misgendering” is an act of violence.

Twitter recently silenced a Christian organization for accurately referring to the biological sex of Rachel Levine, assistant health secretary at the Department of Health and Human Services (HHS).

The account belongs to The Daily Citizen, a Christian news site operated by a ministry called Focus on the Family. The ministry’s president, Jim Daly, wrote a blog post about the restriction on January 27, saying that Twitter locked their account for posting “hateful content.”

The “hateful content” in question was a January 19 tweet that read as follows: “On Tuesday, President-elect Joe Biden announced that he had chosen Dr. Rachel Levine to serve as Assistant Secretary for Health at the Department of HHS. Dr. Levine is a transgender woman, that is, a man who believes he is a woman.”

The Daily’s Citizen’s account, @FocusCitizen, has been allowed to tweet again after being forced to remove the Levine tweet. But it nevertheless remains true that, in Daly’s words, “‘cancel culture’ is barreling down the track like a runaway train on a mountain pass, threatening to run over anyone in its path.”

President Joe Biden nominated Levine to the position of HHS assistant health secretary the day before his inauguration, with the media subsequently celebrating the pediatrician as the “first openly transgender federal official” in the event of a Senate confirmation.

Levine was previously the secretary of the Pennsylvania Department of Health, which encouraged the use of OnlyFans and sexting to pass the time during COVID-19 lockdowns in lieu of sexual activity.

And back in August Jenna Ellis referred to Levine as a “guy” on Twitter, which led to transgenders and liberals targeting her and claiming that “misgendering” represents an “act of violence.”