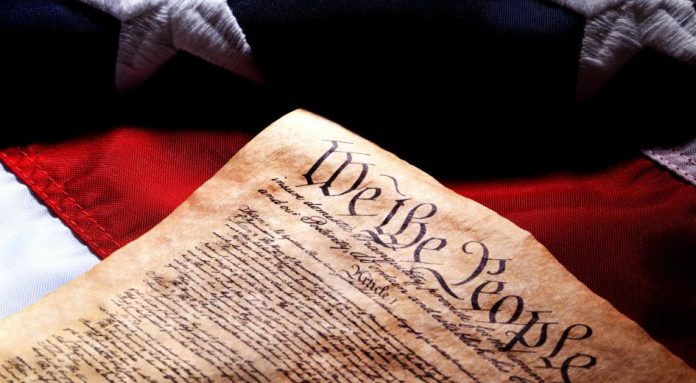 President of The Heritage Foundation
James is a leader in government, academia and the conservative movement. 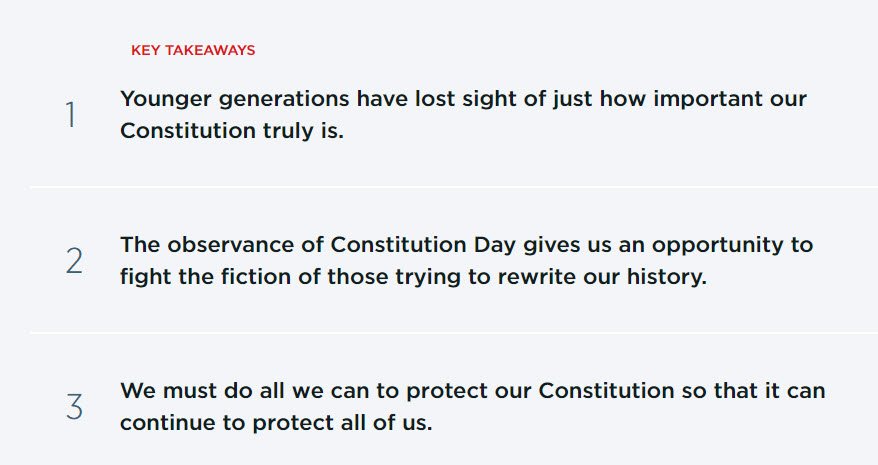 Recently, a group of college students challenged me, asking, “Why are you conservatives so into the Constitution and all this ‘originalist’ stuff?”

In all the decades I’ve been involved in education, government, and public policy, I never thought that I’d have to make the case for keeping the U.S. Constitution. Sadly, I recognize that I do.

Between the lack of civics education in our schools and the outright promotion of Marxist propaganda in our universities, younger generations have lost sight of just how important our Constitution truly is.

Sept. 17 is Constitution Day and commemorates its signing in 1787. It’s a perfect time to share with young people why the Constitution is so critical to their existence as free people.

It’s not just that students aren’t taught much about the Constitution anymore. It’s that they’re often taught to despise it and to despise America’s entire founding through propaganda like the 1619 Project.

Leftist professors, media organizations and politicians have tried to change the image of America from the most successful experiment in self-government in the history of the world to an evil, self-serving nation that’s caused most of the world’s major problems, from poverty to wars. They preach that socialism is good and that freedoms must be subordinated to the collective.

Yet we still can save many of our young people from the siren song of socialism and help them understand that the Constitution ensures the very way of life that they enjoy. Here are some of the basics they need to know:

We also have to counter the popular notion that the Constitution is acceptable as long as it’s a “living, breathing” document where, rather than keeping their original meaning, words can be reinterpreted to “fit” changing conditions.

To put it simply, a living, breathing Constitution is a threat to our liberty.

Imagine if 15 years into your mortgage, your lender decided it needed more money and could reinterpret the terms at will, tripling your interest rate or doubling your monthly payment. How about not just your mortgage, but your car loan, your will, or any other contract?

When the terms can be changed by one side, it’s no longer a contract, and your rights under that contract are as thin as the paper they’re written on.

Interpreting the Constitution from an “originalist” perspective protects our rights by requiring the government to abide by the original terms of the agreement. Originalism doesn’t allow new powers to be created out of thin air because some judge decides that words can be reinterpreted to make it so.

What we see happening in our country today shows us why we can’t neglect teaching younger generations about the Constitution and why we can’t just leave it in the hands of others to do.

For those who need a resource to help educate your young people about the Constitution, The Heritage Foundation has created a free online guide to help make the Constitution understandable and readily available to every American. The interactive guide, available at Heritage.org/constitution, provides clause-by-clause explanations from over 100 legal scholars committed to an originalist reading of the language.

The observance of Constitution Day gives us an opportunity to fight the fiction of those trying to rewrite our history. It gives us the opportunity to rededicate ourselves to educating future generations how our limited form of government protects their precious freedoms, creates unparalleled prosperity, and provides unprecedented opportunity for all citizens.

We must do all we can to protect our Constitution so that it can continue to protect all of us.

“At Some Level He Must Know He Lost the Election” – Georgia’s Corrupt SoS Raffensperger Responds to President Trump’s Statement Pointing Out 43,000 Invalid...

Dr. Rand Paul Urges Americans to Resist Regime Mandates and Petty Tyrants: “It’s Time for Us to Resist. They Can’t Arrest All of Us…”...