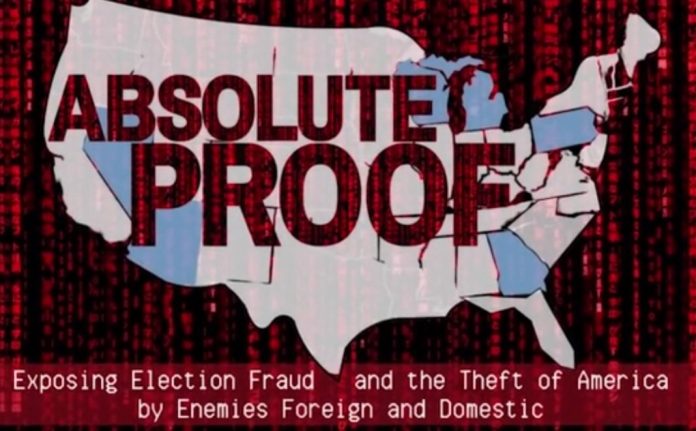 Mike Lindell released a new documentary today where he lists the material instances of fraud in the 2020 Presidential election.

This effort was a culmination of the work of many individuals who wanted to expose the fraud in the 2020 election for President of the United States.

Mike Lindell, famous for his life story and passion for his company “My Pillow” and a good friend of President Trump, released a documentary today surrounding the 2020 election.  In the documentary, Lindell spent millions in an effort to get out the truth about the 2020 election.  Embedded below is a copy of that video:

Within three hours of its release, Vimeo took it down.  It is currently up at at Rumble. Lindell and those close to President Trump ask Americans to PLEASE SHARE THIS!

Take a look and decide for yourself.  We’ve reported on hundreds of instances and likely millions of questionable votes as a result of the known fraudulent acts that occurred in the 2020 election.  This documentary is independent of our work.

Millions of Americans believe something wrong happened in the 2020 election.
Just today The Gateway Pundit uncovered more election fraud caught on video in Detroit.  We don’t have it all yet and there are still 25 cases waiting to be heard by the courts.  This documentary provides more support for these concerns.