I’ve tried to help you understand this election and I hope I have been clear of two things:

Hans von Spakovsky: How to restore faith in our elections

Allow me to make a few comments about it and then talk a little more broadly about the issue of vote fraud.

Like you, I am sure, I really like Mike Lindell. I am impressed with his deep faith and his great generosity. He is courageous also in his indefatigable support for President Trump in the face of both threats of lawsuits and many corporations who are canceling business with My Pillow.

Still, I would caution people to be careful about the video. Mike is a good man but that does not make him necessarily a competent judge of the relatively complicated information being thrown around. My overall impression of the data that is presented is the same that I have had for three months:

Allan Ryskind Column in Washington Times: Confessions of an ‘Ever Trumper”

The Things in the Absolute Proof Video to be Cautious About

1. Dr. Shiva – Although it is possible he’s right about a few things,

he is a very untrustworthy source. He is a self-promoter who has injected himself into many past situations where he has had little expertise. Worse, he has long claimed, falsely, that he invented email though it was actually set up by the government when he was 6 years old. Worse, he has filed frivolous lawsuits against many media organizations in hopes of getting paid off to avoid expensive lawsuits. He is a smart man certainly but seems mostly to crave publicity and has no clear expertise with election software or data though he ran for U.S. Senate twice unsuccesfully. 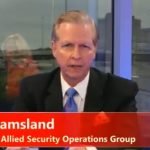 and his claims are believable but there is a lot more to investigate. I’m a little concerned about his early reporting in Michigan where his staff twice issued badly flawed information. Even after giant clerical errors once which badly embarrassed the Trump legal team, two weeks later they made gigantic math mistakes and then spread claims that there were a great number of precincts with greater than 100% turnout. In some of the numbers presented, his staff had simply made decimal point mistakes. In one case they claimed a turnout of 781% when the real number was 78.1%. I think this was just careless and not dishonest but it shows how important it is that we get all the details right. I’m also aware that Russ had already decided before November 3rd that machine changes to votes were going to happen due to past analysis of Dallas county elections in 2018. It is important in all research that you avoid confirmation bias. When we have already decided something, then we rush, we sometimes only see the stuff we are looking for and miss details that explain discrepancies.

3. Foreign Influence – It is said a lot 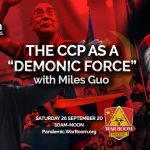 in the video and could be true but there simply is not any proof. It is speculation without evidence. The only evidence they seem to have is that election data is held electronically in servers and some of these servers are located in Europe. Though this may be a bad thing, it is also very common that the internet stores data overseas. It is not proof of malicious intent. I think we must look for it and get to the bottom of it, but this is a big claim that cannot just be accepted with no proof.

4. “The algorithms broke” – This does not make sense. It is said often by Mike Lindell and previously by Sidney Powell but it is entirely unclear what it means. It worries me because it is both imprecise and illogical. An algorithm is just a mathematical equation. It does not break. These words I think make us sound naive and lead some honest but wishy-washy friends to mock and condemn the whole broader claim of fraud.

5. Mike is mixing together four very 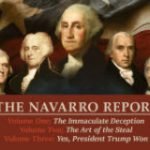 different kinds of election problems – Some people like Sidney Powell and Mike Flynn argue the machine cheating was small enough to not affect most states but was targeted to just 5 major metro areas to flip those states: Vegas, Phoenix, Milwaukee, Detroit, and Atlanta. Others like Russ Ramsland, Shiva and Lindell think it was in every voting machine nationwide and amounted to ten or twenty million votes. The people closest to the President including Steve Bannon and most of the congress friends of Donald Trump, see the steal as primarily in paper ballot fraud in the closest cities which were coincidentally targeted for ballot security changes by the Zuckerberg election effort. And most everyone sees that there were also illegal changes by judges and governors and county election boards to procedures in key states that federal courts must overturn. The differences between these claims is important and they cannot all be true. We can only win this argument if we have evidence of what is true AND what is not.

But What Do You Believe Joe?

I believe we must hold our allies and friends to the highest standards. I believe we must thoroughly investigate even the things that seem fantastic. I believe we must be careful not to make claims boldly that are unproven though possible or even likely. We should delay some claims and even be very cautious with them until we have clear proof.

For now, I am mostly only willing to stand strongly for the ballot fraud that happened due to so much voting by mail.

I see good evidence that mailed absentee ballots have a long history of fraud because it is relatively easy to get some ballots and fake them. I also see how much potential there is for the armies of tens of thousands of “ballot harvesters” to cheat when they are gathering ballots: 1. They can influence weaker willed people, 2. They can “accidentally” lose ballots filled out for the Republican candidate, 3. They can, when visiting real voters, easily grab ballots for people who have moved or died and fill those out, and 4. they are almost impossible to catch doing any of these things.

If there was so much cheating, 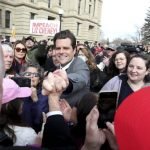 how did we pick up so many seats in Congress?

This is the most important question which I think should make us think the wilder idea is false that 10 million or 20 million votes were fabricated nationwide.

I think the Democrats set up a system that was ideal for them to turn out votes legitimately but also that made fraud easy. Voting should not be hard but it should require people to present themselves in person. Donald Trump knew Republicans would not benefit from the mailed ballots because we wouldn’t trust them to be counted so he pumped us up to vote in person and we did. The usual places Democrats do well like Chicago, Los Angeles and NYC all turned out massive Democrat advantages, but the Republican vote surpassed expectations in enough places that were close that we won 27 out of 27 tossups.

We must pass election reform but there is every reason to presume that the fraud impacted urban areas and statewide elections but impacted close districts far less. We can and will and must get a Republican majority in Congress in 2022 and with America First candidates.

And we ought to have won Nevada, Arizona, Wisconsin, Pennsylvania and Georgia but for the illegal votes turned in (most likely) by ballot harvesters.

Maybe the fraud was a million votes nationwide. I believe it was. It is possible the bigger numbers are correct but I am skeptical. But we must investigate even things that seem unlikely.

What Should We Do? 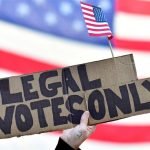 Voting shouldn’t be hard but cheating must be.

People should present themselves in person to vote where the wonderful American system of competing ballot watchers can watch and verify real people are voting.

No ballot harvesters should ever be allowed.

Absentee voting ought to be allowed in only circumstances that are involuntary like military service or foreign service and must require notarized signatures.

Vote counting machines out to be inaccessible to anyone but those at the counting center. Reporting of numbers to the county or to the state should be done by human beings on telephones with both parties involved in each report.

Ballots should be delivered immediately from any precinct by either police escort or representatives of both parties and should not be allowed to be delayed beyond 9 pm or 10 pm possibly.

Ballots delivered on election night to a counting center nearby ought to be disqualified.

It should be the rule that counting, once begun, does not stop until complete and that each and every ballot has both chain of custody preserved and has competing party officials within eyesight of ballots at every point.

Generally, early voting, isn’t a good idea either. The constitution set a single day for voting and a single day is the least complicated way to vote. Let’s simplify the process and make transfers of ballots less necessary.

These are my first thoughts based on conversations with two Texas organizations I hope to work with around the nation on these issues and my own thoughts.

With or without perfect evidence, we must have sensible election laws where cheating is nearly impossible.

And we must fight against the establishment Republicans who got us into these messes if they won’t work hard to fix it. Then we must put better smarter representatives of the people into office defeating the Democrats.

Giving up is not an option.