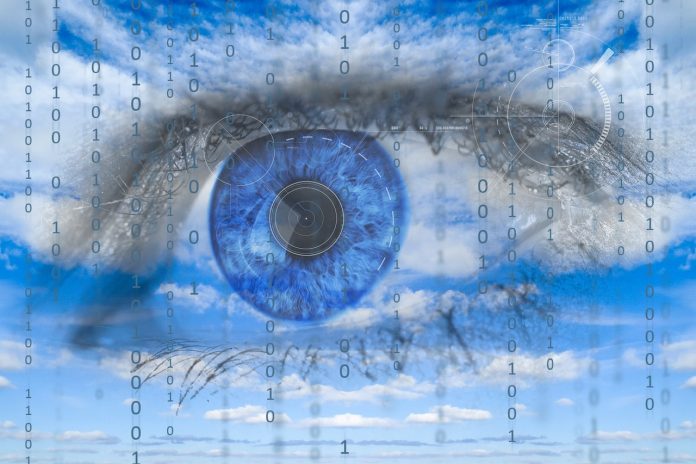 Big Brother is watching you.  Sadly, most people don’t realize how extensive the surveillance grid has now become.  As you drive to work or to school, license plate readers are systematically tracking where you travel.  In major cities, thousands of highly advanced security cameras (many equipped with facial recognition technology) are monitoring your every move.  If authorities detect that you are doing something suspicious, they can quickly pull up your criminal, financial and medical records.  Of course if they want to dig deeper, your phone and your computer are constantly producing a treasure trove of surveillance data.  Nothing that you do on either one of them is ever private.

In the past, compiling all of that information would take a great deal of time.  But now tech giants such as Microsoft, Motorola, Cisco and Palantir are selling “fusion systems” to governments all over the planet.  These “fusion systems” can instantly integrate surveillance data from thousands of different sources, and this has totally transformed how law enforcement is conducted in many of our largest cities.

Arthur Holland Michel is a senior fellow at the Carnegie Council for Ethics in International Affairs, and he was given a tour of a “fusion system” that is used by the city of Chicago called Citigraf…

HE CLICKED “INVESTIGATE,” AND CITIGRAF GOT TO WORK ON THE REPORTED ASSAULT. THE SOFTWARE RUNS ON WHAT GENETEC CALLS A “CORRELATION ENGINE,” A SUITE OF ALGORITHMS THAT TRAWL THROUGH A CITY’S HISTORICAL POLICE RECORDS AND LIVE SENSOR FEEDS, LOOKING FOR PATTERNS AND CONNECTIONS. SECONDS LATER, A LONG LIST OF POSSIBLE LEADS APPEARED ONSCREEN, INCLUDING A LINEUP OF INDIVIDUALS PREVIOUSLY ARRESTED IN THE NEIGHBORHOOD FOR VIOLENT CRIMES, THE HOME ADDRESSES OF PAROLEES LIVING NEARBY, A CATALOG OF SIMILAR RECENT 911 CALLS, PHOTOGRAPHS AND LICENSE PLATE NUMBERS OF VEHICLES THAT HAD BEEN DETECTED SPEEDING AWAY FROM THE SCENE, AND VIDEO FEEDS FROM ANY CAMERAS THAT MIGHT HAVE PICKED UP EVIDENCE OF THE CRIME ITSELF, INCLUDING THOSE MOUNTED ON PASSING BUSES AND TRAINS. MORE THAN ENOUGH INFORMATION, IN OTHER WORDS, FOR AN OFFICER TO RESPOND TO THAT ORIGINAL 911 CALL WITH A NEARLY TELEPATHIC SENSE OF WHAT HAS JUST UNFOLDED.

But these systems are not just used to track down criminals.

In fact, they can be used to investigate literally anyone.

On another occasion, Arthur Holland Michel got the opportunity to test out the “fusion system” that Microsoft had built for New York City…

THE NYPD OFFICIAL SHOWED ME HOW HE COULD PULL UP ANY CITY RESIDENT’S RAP SHEET, LISTS OF THEIR KNOWN ASSOCIATES, CASES IN WHICH THEY WERE NAMED AS A VICTIM OF A CRIME OR AS A WITNESS, AND, IF THEY HAD A CAR, A HEATMAP OF WHERE THEY TENDED TO DRIVE AND A FULL HISTORY OF THEIR PARKING VIOLATIONS. THEN HE HANDED ME THE PHONE. GO AHEAD, HE SAID; SEARCH A NAME.

A FLURRY OF PEOPLE CAME TO MIND: FRIENDS. LOVERS. ENEMIES. IN THE END, I CHOSE THE VICTIM OF A SHOOTING I’D WITNESSED IN BROOKLYN A COUPLE OF YEARS EARLIER. HE POPPED RIGHT UP, ALONG WITH WHAT FELT LIKE MORE PERSONAL INFORMATION THAN I, OR EVEN PERHAPS A CURIOUS OFFICER, HAD ANY RIGHT TO KNOW WITHOUT A COURT ORDER. FEELING A LITTLE DIZZY, I GAVE THE PHONE BACK.

If this is what is going on in major cities such as Chicago and New York, can you imagine the technology that the alphabet agencies of the federal government must now possess?

Of course this isn’t just happening in the United States.

On the other side of the Atlantic, a joint European surveillance project known as ROXANNE is causing a great deal of concern…

AN ACRONYM FOR REAL TIME NETWORK, TEXT, AND SPEAKER ANALYTICS FOR COMBATING ORGANIZED CRIME, IT WAS ANNOUNCED IN NOVEMBER THE REPUBLIC’S INVOLVEMENT IN THE PROJECT CURRENTLY BEING DEVELOPED IN SWITZERLAND.

A BIOMETRICS BASED PLATFORM OSTENSIBLY TO MONITOR AND CRACK DOWN ON ORGANISED CRIME, AN ADDITIONAL APPLICATION OF ROXANNE WHICH ITS CREATORS ADVERTISE FREELY IS THE ABILITY TO MONITOR THOSE GUILTY OF ALLEGED HATE SPEECH AND POLITICAL EXTREMISM.

Strict new laws against “hate speech” and “political extremism” are being instituted all over Europe, and this new tool will help to track down “thought criminals”.

In particular, this new tool will be heavily monitoring “social media sites such as Facebook, YouTube as well as normal telecommunications platforms”…

A PRODUCT OF THE EU FUNDED HORIZON 2020 TO FOSTER NEW SURVEILLANCE TECHNOLOGY, ROXANNE WORKS ACROSS SOCIAL MEDIA SITES SUCH AS FACEBOOK, YOUTUBE AS WELL AS NORMAL TELECOMMUNICATIONS PLATFORMS TO IDENTIFY, CATEGORISE, AND TRACK FACES AND VOICES ENABLING AUTHORITIES TO PAINT A MORE IN DEPTH PICTURE OF THE NETWORK BEING INVESTIGATED, WHETHER IT BE IN RELATION TO CRIMINAL ACTIVITY OR THOSE DEEMED POLITICALLY EXTREME.

ENABLING AUTHORITIES TO DRAW ON RAW DATA FROM A VARIETY OF SOURCES AND PLATFORMS IN ORDER TO RECOGNISE COMMON SPEECH PATTERNS, FACIAL FEATURES, AND GEOLOCATION, THE END RESULT IS BOTH TO IDENTIFY SUSPECTS AND PAINT AN INTRICATE PICTURE OF THE NETWORKS BEING PUT UNDER THE MICROSCOPE.

So if you live in Europe and you think that you might be guilty of “thought crime” at some point, you might want to get rid of your phone and your computer.

Things really have gotten that bad over there, and it is just a matter of time before the madness gets to the same level in the United States, because we are going down the exact same road.

Here in the U.S., more political voices are being “deplatformed” with each passing day.  Progressive reporter Jordan Chariton originally cheered when conservatives were being deplatformed, but at this point he regrets his calls for censorship now that YouTube has taken down one of his videos…

HOWEVER, AFTER YOUTUBE PULLED VIDEO FROM HIS OWN CHANNEL FEATURING FOOTAGE OF THE JANUARY 6 RIOT FOR VIOLATING THE PLATFORM’S POLICIES AGAINST “SPAM AND DECEPTIVE PRACTICES,” THE CHARITON REVERSED HIS POSITION.

“WITH TIME TO REFLECT, & SEEING SILICON VALLEY’S CENSORSHIP ONSLAUGHT, I REGRET THIS TWEET MADE IN [THE] HEAT OF MOMENT,” THE PROGRESSIVE JOURNALIST WROTE. “WHETHER CERTAIN CABLE/YOUTUBE OUTLETS MISLEAD AUDIENCES W/ DISHONEST CLAIMS LACKING REAL EVIDENCE, THEY SHOULDN’T BE TARGETED.”

It is all fun and games when it is happening to “the other side”, but when it happens to you suddenly it becomes real.

They really do want to control what all of us do, say and think, and the Big Brother surveillance grid is becoming more suffocating with each passing year.

If we do not put limits on this technology while we still can, it is just a matter of time before our society becomes a dystopian nightmare far more horrible than anything than George Orwell ever dared to imagine.

***Michael’s new book entitled “Lost Prophecies Of The Future Of America” is now available in paperback and for the Kindle on Amazon.***

About the Author: My name is Michael Snyder and my brand new book entitled “Lost Prophecies Of The Future Of America” is now available on Amazon.com.  In addition to my new book, I have written four others that are available on Amazon.com including The Beginning Of The End, Get Prepared Now, and Living A Life That Really Matters. (#CommissionsEarned)  By purchasing the books you help to support the work that my wife and I are doing, and by giving it to others you help to multiply the impact that we are having on people all over the globe.  I have published thousands of articles on The Economic Collapse Blog, End Of The American Dream and The Most Important News, and the articles that I publish on those sites are republished on dozens of other prominent websites all over the globe.  I always freely and happily allow others to republish my articles on their own websites, but I also ask that they include this “About the Author” section with each article.  The material contained in this article is for general information purposes only, and readers should consult licensed professionals before making any legal, business, financial or health decisions.  I encourage you to follow me on social media on Facebook, Twitter and Parler, and any way that you can share these articles with others is a great help.  During these very challenging times, people will need hope more than ever before, and it is our goal to share the gospel of Jesus Christ with as many people as we possibly can.