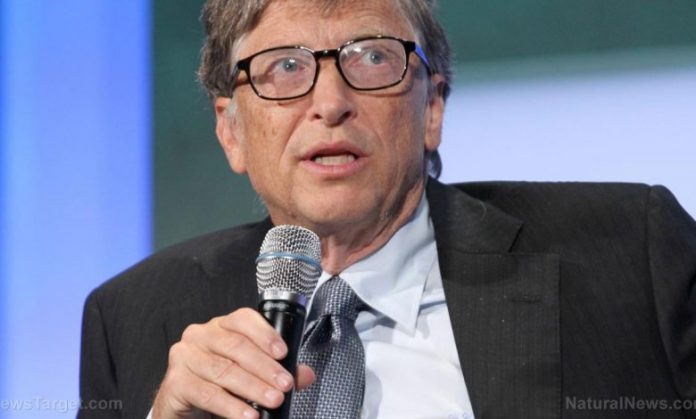 (Natural News) The fourth richest person in the world and the top financier of the World Health Organization, Bill Gates, has silently become the biggest farmland owner in the United States. The man himself is the farthest thing from a farmer, however. He couldn’t even lift a bale of hay, let alone grip the two strands of bailing twine together with his bare hands.

Nevertheless, Gates now owns tens of thousands of acres of farmland across eighteen states. He owns the most farmland in Louisiana – a stunning 69,071-acre portfolio. As if this wasn’t enough, he owns another 47,927 acres in Arkansas, and 20,588 acres in Nebraska, and has a stake in a 25,750-acre swath of land on the west side of Phoenix, Arizona. So why is Bill Gates buying up farmland across America?

Bill Gate’s investment vehicle, Cascade Investments, has gone to great lengths to conceal his large farmland purchases, and have tried to cover their tracks with each monstrous deal. One of the deals was a $171 million acquisition concealed by an LLC with two employees in a metal-sided building down a dirt road off the Bayou Teche.

Bill Gates prides himself in philanthropy, so why would he be directing his personal investment vehicle to invest in farmland across the country and keep it a secret? In 2008, his personal foundation invested $306 million to direct the farming operations of small holder farmers in sub-Saharan Africa and South Asia. The Bill and Melinda Gates Foundation used the grant money to support high-yield, “sustainable” agriculture.

Ten years later, Bill launched Gates Ag One to advance these efforts. Now, Cascade Investments coordinates with a subsidiary, Cottonwood Ag Management, which is part of the Leading Harvest network, a nonprofit that promotes sustainable agriculture. The Harvest network now represents 2 million acres in 22 states and another 2 million acres across seven other countries. The Sustainable Agriculture Working Group is behind this transformation of agriculture and Bill Gates is one of the main investors. This 13-member group includes foreign investors looking to change food and crop production in the US, including: Ceres Partners, Hancock Natural Resources Group, The Rohaytn Group, and UBS Farmland Investors.

Is Gates preparing to control US farmers and dictate the direction of US farming in accordance with the United Nations? Is he preparing to launch experimental GMOs across hundreds of thousands of acres of US farmland, dictating the type of seeds and animal breeds that farmers use? It’s unclear whether his farmland is being used for conservation purposes or whether he intends to invite foreign influence and experimental genetic-altering technologies into the US agriculture space.

Do these international land grabs and globalist’s experiments coincide with the FDA’s efforts to shutdown raw milk farmers and the Bureau of Land Management’s war against independent ranchers?

Bill Gates and the rise of smart cities

Another reason Bill Gates is buying up land is to invest in upcoming smart cities. The land he owns just west of Phoenix is being developed into a new metropolis called Belmont. When it’s complete, it will boast 80,000 homes, 3,800 acres of industrial, office and retail space; 3,400 acres of open space; and 470 acres for public schools. The acreage is strategically located off Interstate 10 and will be accessible to Interstate 11 as well. The 40 square miles is projected to house 200,000 or more residents, who will undoubtedly be subjected to 24/7 surveillance and personal data harvesting in everything they do within the hyper-connected smart city. Bill Gate’s sardonic influence is part of a greater INFLUENCE that seeks to use Americans and their resources for international control and exploitation.

STOLEN ELECTION – HOW IT HAPPENED: The Secret History of the Shadow Campaign That Saved the 2020 Election

Georgia Election Officials, a Billionaire, and the “Nonpartisan” Center for Tech & Civic Life

VIDEO: Sidney Powell – “There Is More than Enough Evidence in...