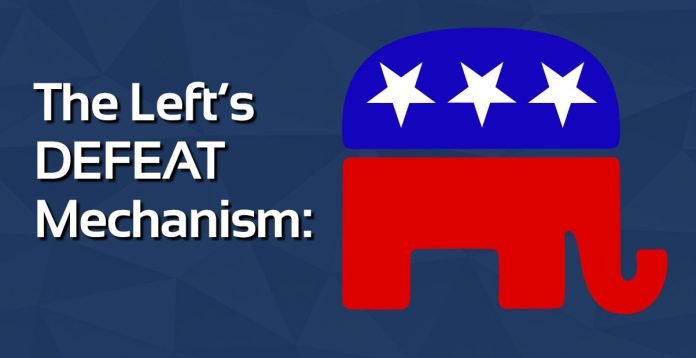 UA put in writing in April 2019 (The Left’s Strategy and Tactics To Transform America) that the Left has a controlled opposition and it is the Republican establishment.

As a controlled opposition, this means they were really never going to be in the role of helping the American public who supported President Trump’s Make America Great Again agenda. On January 6, we saw a lot of demoralized people watching one Republican leader after another come down on them and come down on the MAGA movement (which is the base that elects them), and they did it without any despair about it nor did they pretend they are distraught.

That brings up the idea that a controlled opposition of that nature is so reliable that they became the Left’s defeat mechanism (method of defeating the opponent). People are demoralized right now because they saw their leaders that they elected to stop this jump on board. The Left’s goal is to disenfranchise YOU, the base. But they can’t do that until you are demoralized. Well, everyone is demoralized. Who demoralized them? The Republican establishment when they did what they did.

It’s not until you are demoralized that the Left can really come after you with a vengeance and disenfranchise you. But we then have to take the upside of that. We know that our feeling of demoralized is part of their strategy so one of the first things we have to do is say we’re NOT going to participate in your strategy.

Stephen Coughlin was on Securing America:

Screenshots from the report The Left’s Strategy and Tactics To Transform America: 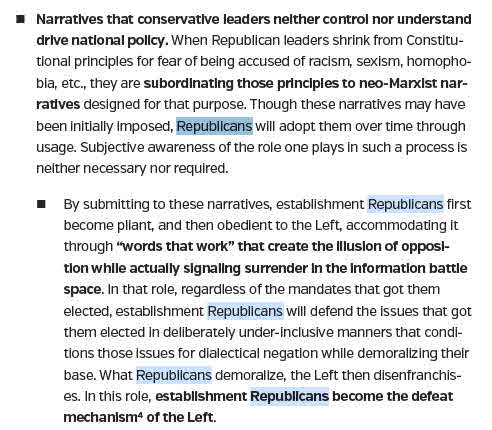 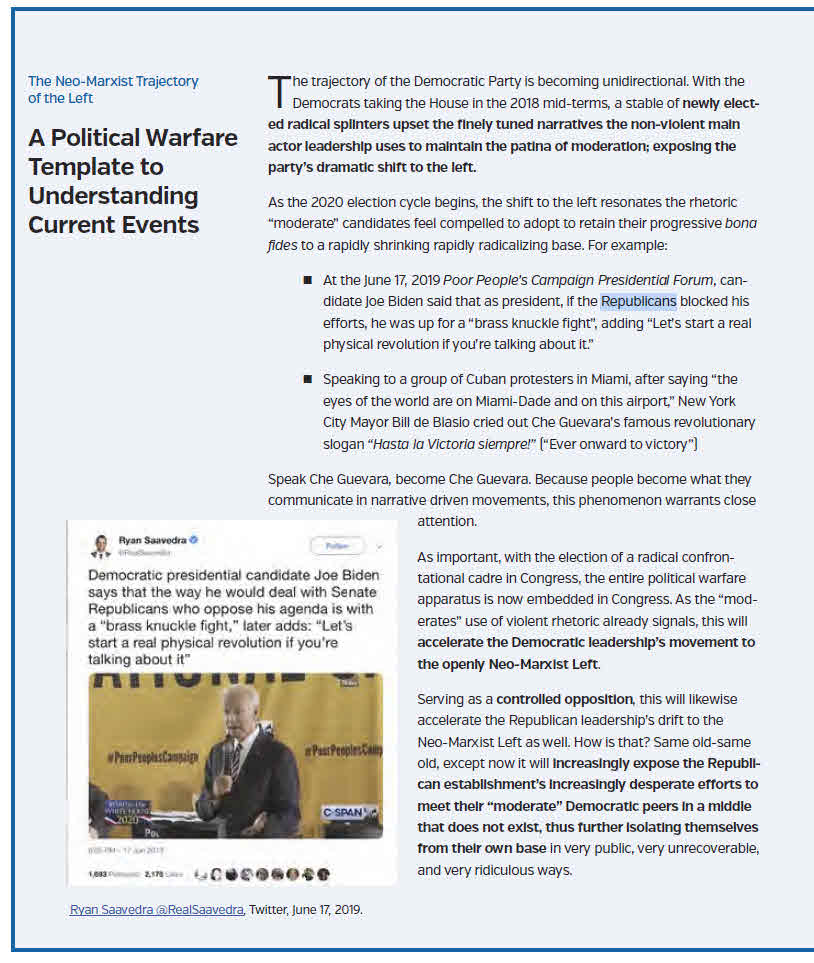 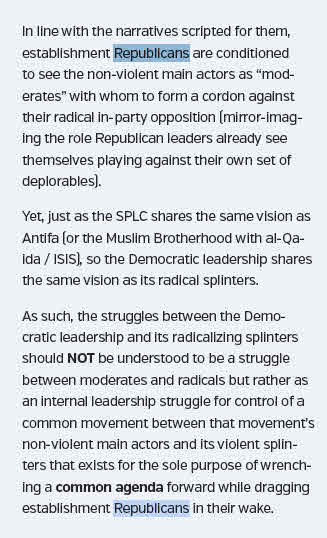 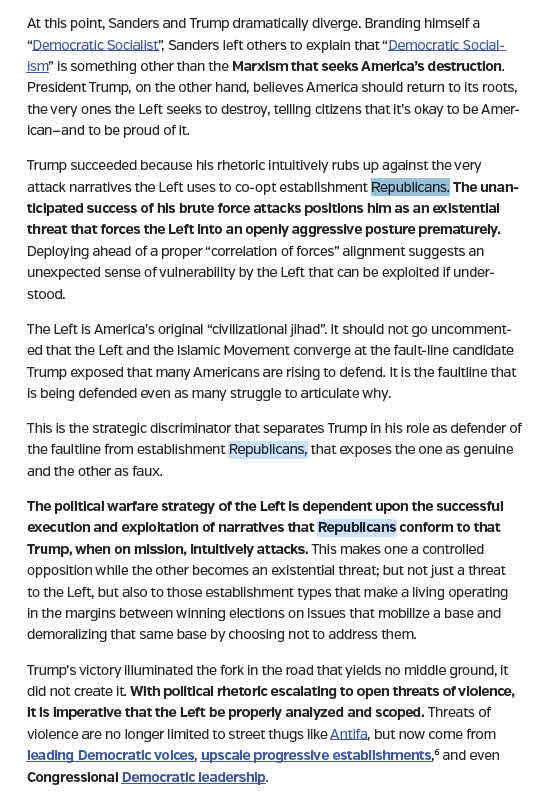 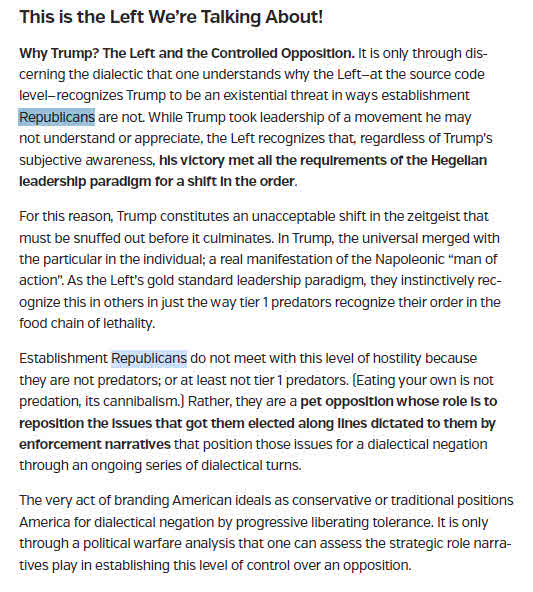 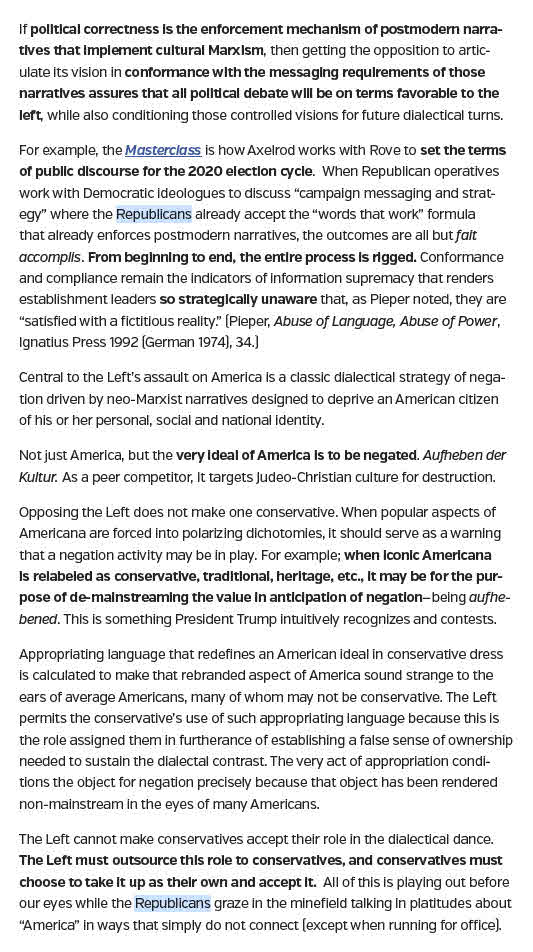 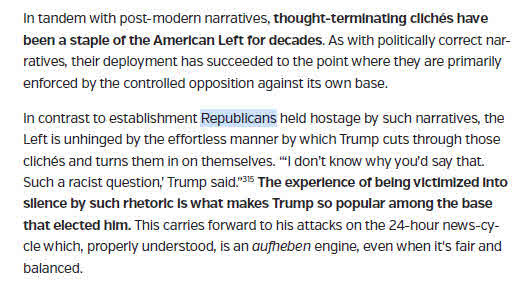 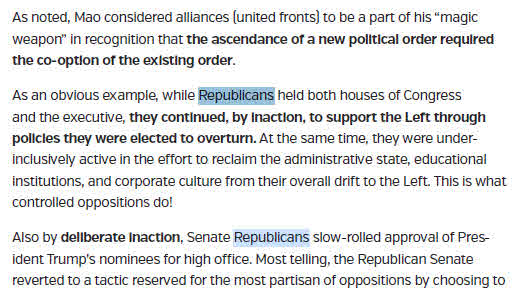 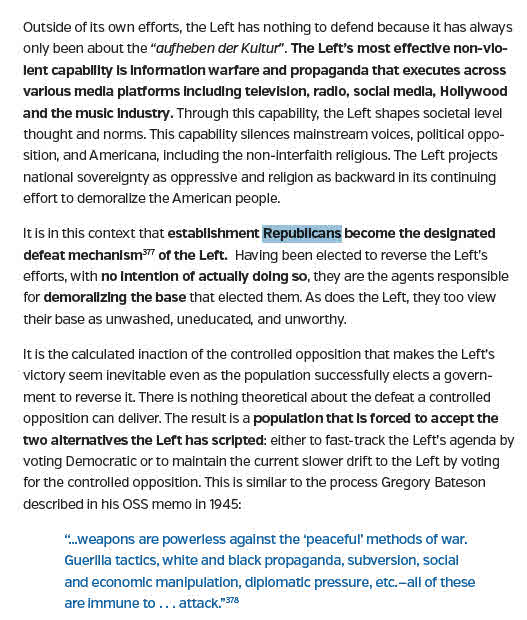 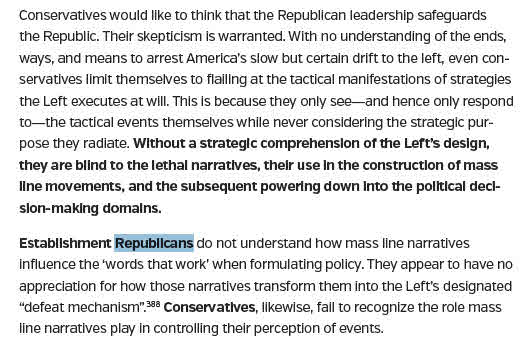