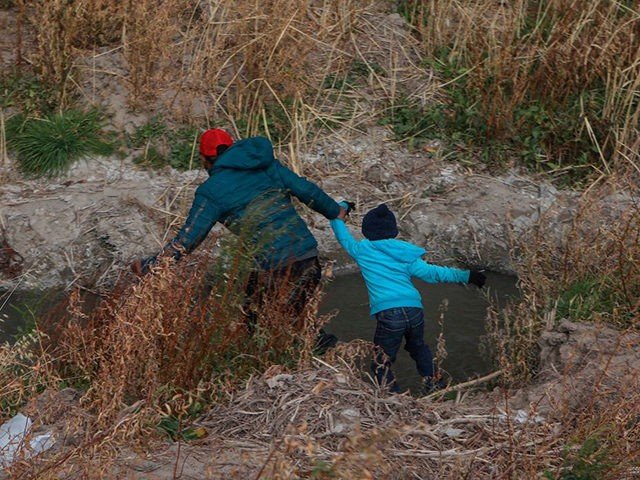 There is “clear evidence” illegal immigration is soaring at the United States-Mexico border due to President Joe Biden’s policies, a former Texas sheriff says.

“A lot of those people that come into our country are involved in illegal activity and have criminal records when they come into our country and they do the same here as they were doing elsewhere before they made entry,” Eavenson said. “And that puts a strain on the infrastructure of any sheriff’s office, especially those border counties.”

“It happened under the Obama administration and with all of the arrests that took place in January, 78,000 was higher than any January in the last decade,” Eavenson said. “That’s clear evidence that we’re starting to see an influx of illegals into our country.”

As Eavenson referenced, more than 75,000 border crossers were apprehended at the U.S.-Mexico border last month — the highest level of illegal immigration in the month of January since 2006.

The surge of illegal immigration occurred as Biden ended the anti-fraud Remain in Mexico policy, restarted the Catch and Release program, ended cooperative asylum agreements with Central America, has halted most interior immigration enforcement, and has attempted to halt deportations for most illegal aliens for 100 days.

“The government, by doing what they’re doing, is violating the oldest and simplest justification that they have protecting its citizens,” Eavenson said. “It’s wrong, absolutely wrong, and not in the best interests of the citizens of this country.”

Eavenson told Breitbart News Saturday that between 2016 to 2020, the Trump administration worked in “cooperation and collaboration” with local communities to help minimize “illegal access to our country by” illegal aliens.

Now, Eavenson said Biden seems to be bringing back the Obama years when Border Patrol and local sheriffs are “not permitted to do their job” in terms of arresting illegal aliens and turning them over to federal immigration officials for deportation.

“And now we’re going to see … a rise in those numbers because of a change in policy from the Trump administration to the Biden administration which is — apparently going to be the same — what we saw under the Obama administration,” Eavenson said.

With the Chinese coronavirus crisis, and economic lockdowns, still taking its toll on the nation, Eavenson questioned how it is feasible “to check all of these people that want to come into our country.”

“When you couple [the coronavirus threat] with the threat of increased criminal activity which we know will happen because it happened under the Obama administration, the citizens of our country are at risk because our government under these policies are not doing what they are supposed to be doing,” Eavenson said.

John Binder is a reporter for Breitbart News. Email him at jbinder@breitbart.com. Follow him on Twitter here.

The Migrant Crisis Isn’t Just About Illegal Immigration, It’s Also About The Cartels That Run The Border

Biden issues gag order on Border Patrol, does all he can to cover up illegal alien surge