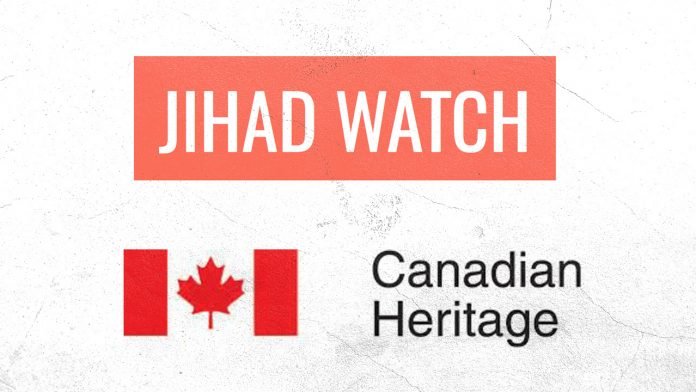 Internal emails show that the Department of Canadian Heritage started gathering “emergency” information on the public speeches and writings of a critic of political Islam in the months before she was removed from her position at the Canadian Race Relations Foundation (CRRF), an arms-length government agency that aims to combat racism.

Christine Douglass-Williams is a long-time contributor to the Jihad Watch blog, and was a board member at the CRRF from 2012 to 2017, when she was fired after being investigated for her views.

On February 2, 2017, Mimi M. Whissell, a director with the Department of Canadian Heritage, sent an email with regards to Douglass-Williams. The following email was sent to staffers Marie-Eve Thérien, Isabelle Moses and Christine Harrington:

Can you call me please? Thank you

Half an hour later, Whissell sent a follow up email, including staffer Geneviève Guerrier in the chain:

Please also include in your search public writings and speeches. Thanks.

In August 2017, the Canadian Press reported that Douglass-Williams’ views were under investigation, alleging a “hindrance to her work with the foundation and an affront to its legally defined mandate, which is to help eliminate racism and racial discrimination in Canada.”

In December 2017, Douglass-Williams was fired from her position as a board member at the CRRF.

According to a Toronto Star article:

[Douglass-Williams was fired] amid concerns over what Muslim advocacy groups describe as “Islamophobic commentary” and her “public association with purveyors of hateful propaganda.”

In an email to the Star, Douglass-Williams said she was removed from her position because she “dared to criticize political Islam.”

Rebel News combs through thousands of pages of government documents every year.

Sometimes we get nothing, but sometimes we get something shocking, and that makes it all worth it. To help us cover the cost of researching the Trudeau government, please help us out at RebelInvestigates.com.