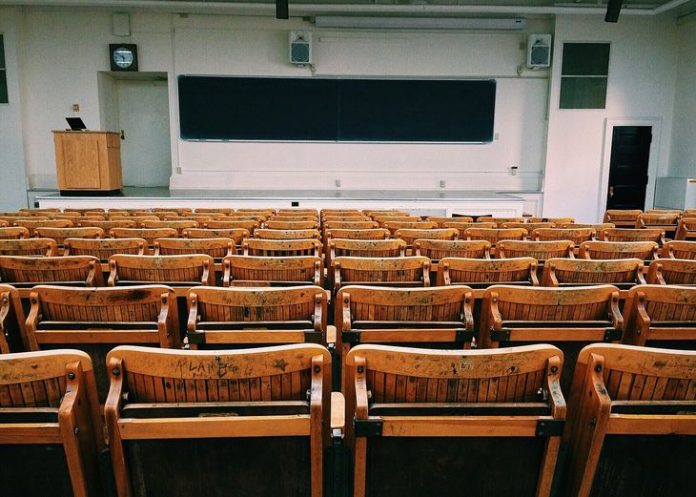 On Tuesday night, the La Mesa-Spring Valley School Board held a meeting to adopt a plan to reopen schools after almost a year of COVID-19-related closures. Most of the school board members and the superintendent debated reopening, but the board vice-president attacked the very idea of a reopening plan, comparing it to slavery and claiming that such a plan smacks of a “very white supremacist ideology.”

Chardá Bell-Fontenot, the board vice-president, dismissed the fact that most families who answered a school reopening survey would like to come back to school. She complained that the other school board members allegedly disrespected her, and she repeatedly resorted to accusations of racism.

When a school board member mentioned that “70 to 80 percent” of families and students said “they would like to come back to school,” Bell-Fontenot asked, “Who are the 70 and 80 percent and where are they? … Which school sites, which language groups?”

When Board President Rebecca McRae suggested Bell-Fontenot could abstain from the reopening vote, Bell-Fontenot replied, “There’s no reason to be nasty with me, Miss McRae.”

Bell-Fontenot claimed that the information on reopening “seems like a mess,” insisting, “You guys do not have all the information that you need.” She argued, “We should not be voting on this tonight.”

“I take great offense to the statement that no one on here knows what they’re talking about right now,” Superintendent David Feliciano responded.

“I wasn’t talking about you, David,” Bell-Fontenot shot back. She said she was talking about the new school board members, Minerva Martinez Scott and Sarah Rhiley. When Feliciano explained that he took offense on their behalf, Bell-Fontenot loudly insisted that he could not speak for them.

“And it’s disrespectful. Like this is the second time you’ve disrespected me, David,” she shot back.

At that point, she launched into the true diatribe, comparing school reopening to slavery and claiming it traced back to a “white supremacist ideology.”

“Without any teachers, we don’t have the ability to teach the students,” Bell-Fontenot argued, claiming that not every teacher would be able to get vaccinated by the reopening date.

“So how are we forcing people? That seems like a very white supremacist ideology to force people to comply with, and conform, without thinking about all of their intersecting factors and barriers that exist for all families,” Bell-Fontenot argued, referring to the idea that people from more than one historically-oppressed group (like black women, for instance) face “intersectional” difficulties.

“You’re thinking about one type of family when you’re speaking right now. Just letting you know. Privilege. Check it, you guys,” she said, unironically.

At this, some of Bell-Fontenot’s fellow board members could not help themselves but laugh. Bell-Fontenot did not appear to be amused.

“I would like to say that I am offended by the smirks on you guys’ faces,” Bell-Fontenot declared at another point during the meeting.

Bell-Fontenot did not respond to PJ Media’s request for comment by press time.

“I don’t understand why you’re so upset,” Minerva Martinez Scott, a Hispanic board member, told Bell-Fontenot.

1619 Project Backlash Is Building in Statehouses Across the Country

Indeed, school closures have taken a serious toll on the emotional state of America’s children. Studies have found that depression symptoms among children have “increased substantially” during COVID-19 lockdowns. From March 2020 through October 2020, the share of mental health-related hospital emergency department visits frose 24 percent for kids ages 5 to 11 and 31 percent among adolescents agest 12 to 17, when compared to 2019, the CDC reported.

In August, La Mesa-Spring Valley Schools released a video showing a teacher and three children lamenting the school closures and encouraging families despite the semester of distance learning ahead. Two of the young boys in the video are minorities.

“The fact that we are not able to go back to school this year is heartbreaking,” Sarah Luibel, a teacher at La Mesa Dale Elementary, says in the video. “I really miss my teacher,” the children say, one after another.

“There’s a virus, that is COVID-19, so we have to stay six feet apart, we have to stay in our houses, we can’t go to any more fun places or anything,” one of the boys says.

“Even though we’ll be able to communicate online, she could still help me with more of my math, science, help me more with division,” a young black boy says. “And then, she could help me with all my life opportunities.”

The video ends with the children saying, “We got this,” but it still leaves the impression that school closures have taken a serious toll on them.

Studies have shown that school reopenings do not significantly increase the spread COVID-19. The Centers for Disease Control (CDC) has reported that there is “scant” transmission in classrooms. Yet teacher’s unions have turned reopening into a political bargaining chip, demanding ever more money and benefits in exchange for reopening.

As for Bell-Fontenot’s hyperbolic claims about a “very white supremacist ideology” and comparisons to slavery, those seem based on a noxious ideology. While it is true that minorities do suffer more from COVID-19, that does not erase the fact that minority children also suffer from school closures. Bell-Fontenot’s claims seem more rooted in Marxist critical race theory, which claims that racist oppression is embedded in America’s social and cultural institutions. This ideology encourages people to deconstruct American society, searching for an evil “white supremacy” behind it.

The Smithsonian briefly showed how this works when it published a “teaching tool” infographic on “whiteness.” That infographic claimed that the nuclear family, science, capitalism, the Judeo-Christian tradition, individualism, “objective, rational linear thinking,” and even values such as “be polite” are aspects of oppressive whiteness. The Smithsonian rightly removed the graphic after facing criticism, but this noxious ideology has spread throughout American society.

Marxist critical race theory inspired much of the destruction wrought by the Black Lives Matter and antifa riots over the summer. While protesters rightly expressed outrage at the treatment of George Floyd, many of the protests devolved into looting, vandalism, and arson in which lawless thugs — acting in the name of fighting racism — destroyed black lives, black livelihoods, and black monuments.

Similarly, hyperbolic claims that reopening schools is tantamount to slavery or involves a “white supremacist ideology” would arguably do more harm to minority students, prolonging the depression-inducing school closures that children have suffered for so long already.

As in the case of the Black Lives Matter riots, Marxist critical theory in school reopenings does more harm than good — to the very people it is intended to help.

Watch the board meeting here (Bell-Fontenot’s remarks begin around the 1 hour and 20 minute mark):

Tyler O’Neil is the author of Making Hate Pay: The Corruption of the Southern Poverty Law Center. Follow him on Twitter at @Tyler2ONeil.

The SPLC’s Horrifying Plan for Your Children’s Schools