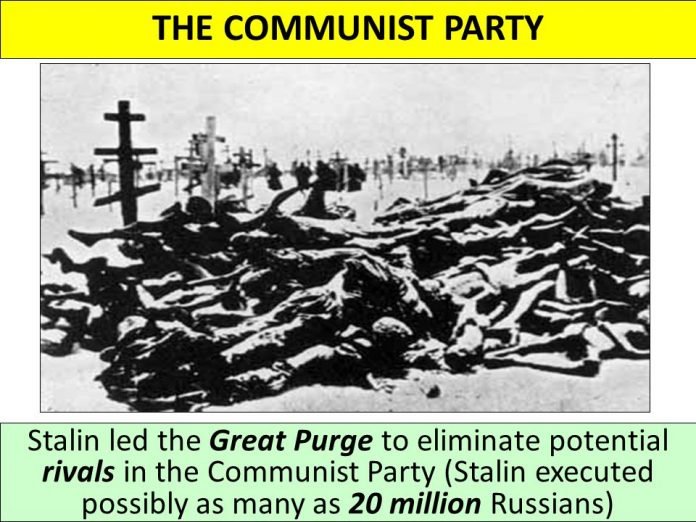 When the current regime in Washington, D.C. says they are “going after violent extremists” they mean “Patriots.”

Three (3) weeks ago, President Obama’s “Counter-Terrorism Czar” and the former Director of Central Intelligence John Brennan spoke on MSNBC and stated the Biden team is moving in “laser-like fashion” to identify “religious extremists, authoritarians, fascists, bigots, racists, nativists, and even libertarians” who constitute, in Brennan’s words, a great threat to the Republic, and said the civilian enforcement and intelligence agencies, as well as the military are and should be working to root out this “threat.”

In describing the threat, Brennan specifically mentioned the outgoing administration and its supporters.

Two (2) weeks ago, the Biden DHS (Department of Homeland Security) published a National Terrorism Advisory System Bulletin warning of “objections” to “governmental authority.”  The report states, in part:  “Information suggests that some ideologically-motivated violent extremists with objections to the exercise of governmental authority and the presidential transition, as well as other perceived grievances fueled by false narratives, could continue to mobilize to incite or commit violence.”

Who are the “violent extremists” they are discussing?

Not sure of that?

Last week, Robert Grenier, the former CIA Station Chief for Pakistan/Afghanistan told NPR the U.S. needs to handle people like the ones who “stormed” the U.S. Capitol on January 6th the same way the U.S. government handled insurgents in Pakistan and Afghanistan. In other words, kill them.

Also last week, Secretary of Defense Lloyd Austin ordered a sixty (60) day military-wide “STAND DOWN” order so the military can purge “extremists” from its ranks.  In his confirmation hearing, Austin said, “If confirmed, I will fight hard to…rid our ranks of racists and extremists…”

So how are we defining “extremists?”

From where did the term “violent extremist” come?

First, let’s back up to a few years after 9/11/01 when the U.S. government brought the “Combatting Violent Extremism (CVE)” program to the United States from Britain.

The CVE program in Britain was created by Muslim Brotherhood groups including the Muslim Council of Britain, the Muslim Association of Britain, and others.

U.S. officials, thinking anything the Brits do must be awesome, literally bought this program in total and brought it back into the FBI, DHS, CIA, et al.

The main purpose of CVE is to define threats as “violent extremism” so intelligence and law enforcement agencies target “extremist” instead of jihadis, communists, and other definable threats.

Also, the DHS CVE Working Group has included terrorists/jihadis like Mohamed Elibiary, Mohamed Magid, and others, who were given secret clearances during their tenure at DHS.

So here we are, 20 years after 9/11 and not only is America much farther away from defeating the jihadis and communists, the communists just seized Executive power in the United States one month ago.

On January 30th, MSNBC host Nicolle Wallace suggested that Trump supporters who “incited violence” at the U.S. Capitol on January 6, 2021 be convicted just like Al Qaeda’s leader in Yemen, Anwar al Awlaki, who also “incited violence” and was killed in a U.S. drone strike in September 2011.

The fact the propaganda arm of the U.S. communist/jihadi cabal, traditional media, is openly calling for violence against Americans exercising their unalienable right to freely express themselves and hold the federal government accountable when it is ruled by those hostile to the Constitution should alarm and alert all thoughtful Patriots.

The point is clear.  The U.S. government under the current communist regime in the White House will use and is using its full power to suppress and eliminate opposition.

The communists/democrats did it to President Trump when they traitorously and unlawfully used the FBI, CIA, DNI, and other agencies to spy on him, his family, and his staff.

They are doing and will do it to citizens.

For those unable to see this unfolding before them, UTT encourages you to attempt to educate yourselves and, at least, stay out of the way of Patriots who are working diligently to re-establish a Republican form of government at the local and state level right now around America.