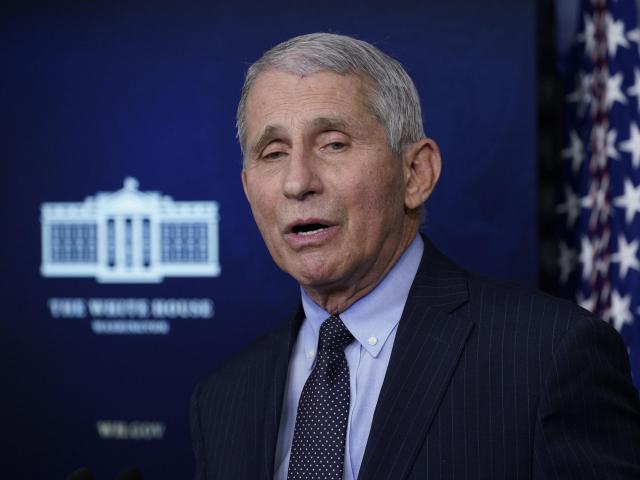 WASHINGTON, D.C. — Although it may feel like North Carolina hit a crucial benchmark in returning to normalcy from COVID-19 this week, Dr. Anthony Fauci is voicing concern for states that have pulled back on regulating limits on social life.

In an interview with “Meet the Press” host Chuck Todd, Fauci, the director of the National Institute of Allergy and Infectious Diseases, advised caution for what he feels is prematurely lifting restrictions among some states.

North Carolina, South Carolina and Virginia all eased major restrictions on Friday, as did Massachusetts, Arkansas and Wyoming. Several other states eased some level of restrictions. The loosening of rules came days after the nation passed the 500,000 death mark from COVID-19.

“We had a graphic showing about a dozen states, some, like North Carolina, allowing more fans in the stands. We had more indoor bars being open and things like this,” Todd began his line of questioning. “You and [Centers for Disease Control and Prevention director] Dr. [Rochelle] Walensky were like ‘not yet.’ Why not yet? Why is this week not the week yet to ease restrictions?”

“It’s really too premature right now to be pulling back too much,” said Fauci, who’s come under the public eye since the start of the pandemic. “I’m concerned that we’re still at that level of 70,000 [infections per day], and when people start then pulling back on mitigation methods and mitigation activities, you have the risk, and it is a real risk, of seeing it go back up, and it’s not something I’m imagining. Go back and look at the surges that we’ve had over the past year. It was always at a time when you wanted to pull back.”

“We’ve been in this situation before,” Fauci responded. “When you start to see a decline in number of cases, if you prematurely lift the restrictions, we have a few examples of the rebound back.”

A new executive order that went into effect on Friday ended a statewide curfew and lets bars fill up to 30% of their indoor capacity. Indoor gatherings went from 10 to 25 people. The average number of new cases in North Carolina has been declining, with 2,636 new cases reported Saturday, the lowest number since mid-November. The state’s COVID-19 dashboard did not update with new statistics on Sunday.

“Once you start pulling back, the thing you don’t want is to have a plateauing at a level so high that inevitably things are going to go back up,” Fauci said. “That’s the reason why [it’s too soon to ease restrictions]. We understand the need and the desire, understandably, to want to pull back because things are going in the right direction. You’ve got to get that baseline down lower than it is now, particularly in light of the fact that we have some worrisome variants that are in places like California and New York and others that we’re keeping our eye on. It’s really too premature right now.”

For Desiree Calhoun, a later curfew and extension on alcohol sales brought a sense of normalcy to downtown Raleigh.

“I missed this. It reminds me of pre-COVID. This is a really good time,” she said.

“I worry it is too soon, and it sends messages to people who are chomping at the bit to get out there and be more risky when we start lifting some of these restrictions,” he said.

Last week, high school football started in the state, and some venues allowed fans. The UNC men’s basketball team played in front of roughly 3,000 fans in an upset win against Florida State at the Smith Center on Saturday.

The Carolina Hurricanes expect to welcome fans, as many as about 2,800, to PNC Arena for upcoming games.

“North Carolina’s health protocols have been stronger than many states, and the governor has relied on the science and data to cautiously ease restrictions to help move our economy forward while still protecting public health,” Gov. Roy Cooper’s Press Secretary Dory MacMillan told WRAL News on Sunday.
Share Our Work