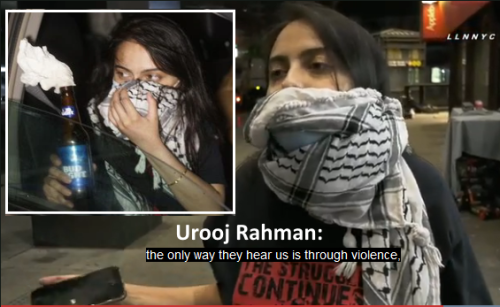 Two lawyers accused of tossing a Molotov cocktail into an empty NYPD car during the George Floyd protests last year were quietly offered a plea deal by federal prosecutors, according to court papers filed Saturday.

The offer was tucked away in a routine status report in the case and contained no details about the specifics of the deal. The feds said they had extended plea offers to the two on Feb. 11, and that the defense was now looking it over.

The lawyers, Urooj Rahman and Colinford Mattis, faced life sentences when indicted in June by federal prosecutors in Brooklyn. They were caught on video May 29 outside the 88th Precinct in Fort Greene on May 29.

With Mattis behind the wheel, Rahman hopped out of a minivan and tossed a lit beer bottle filled with gas into an empty NYPD van, setting the dashboard on fire, according to prosecutors.

She and Mattis fled, but were stopped by cops from the 88th Precinct who followed them from the scene. Police found materials for making other Molotov cocktails in the minivan.

The seven-count indictment against them includes charges of use of explosives, arson and conspiracy.

They were held in the Metropolitan Detention Center for nearly a month before a trio of appeals court judges ordered them released to home confinement.

Mattis, an Ivy League graduate, was an attorney at Pryor Cashman, a corporate law firm.

If the two plead guilty to felonies, they would lose their licenses to practice law in New York.

A lawyer for Mattis declined to comment on the offer while a rep for Rahman did not immediately respond to requests for comment.