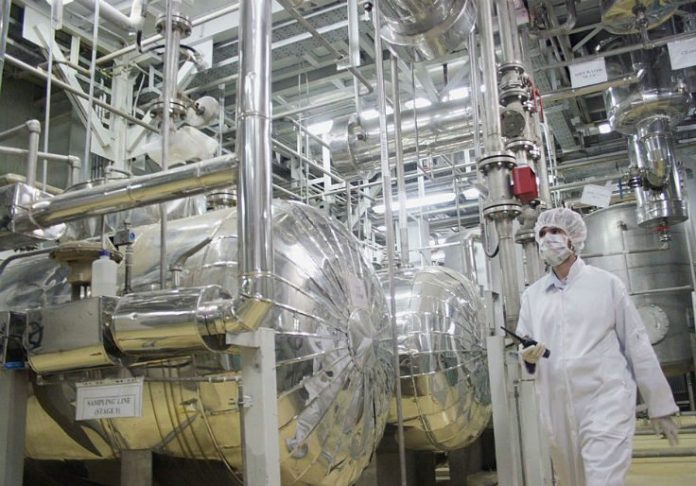 A group of nearly 2,000 Israeli generals, military officials, and Mossad operatives warned the Biden administration on Monday against rejoining the Iran nuclear deal, saying the effort “represents an existential threat to the Jewish State” and will “ignite a massive nuclear arms race” across Middle East.

The high-ranking military officials, organized as part of an Israeli coalition known as Habithonistim, outlined their concerns in a letter sent Monday to President Joe Biden and Secretary of State Antony Blinken. It was signed by 24 Israeli generals and comes as the administration pursues direct talks with Iran as part of an effort to secure a revamped nuclear agreement in an attempt to stop Iran’s march toward a nuclear weapon. The Israeli officials maintain this effort will “push Israel and her Sunni allies into a dangerous corner and potentially ignite a massive nuclear arms race.”

“When it comes to the Iranian nuclear threat there is almost total unanimous agreement among Israel’s military top brass,” retired Brigadier Gen. Amir Avivi, the director of Habithonistim, told the Washington Free Beacon. “This is not about politics, it’s about the very survival of the Jewish State.”

The Biden administration is already facing fierce pushback from congressional Republicans and conservative foreign policy groups who say it is rushing into a new deal with Iran that will do little to roll back its nuclear program and stop the regime from sponsoring terrorism across the Middle East. The GOP has already presented legislation that would require the Biden administration to seek congressional approval before it grants Iran economic sanctions relief. Tehran says this relief is necessary before any new deal is discussed, setting up a showdown between the White House and opponents of its diplomatic effort.

The Israeli military officials say Iran cannot be trusted to roll back its nuclear program if the United States grants sanctions relief. They maintain that the original nuclear deal, the Joint Comprehensive Plan of Action (JCPOA), provided Iran with billions of dollars in cash assets without adequately addressing the country’s growing nuclear stockpile, which includes highly enriched uranium.

“What is needed,” the officials wrote, “is not to succumb to the false brinkmanship and nuclear blackmail of Iran, and to use the maximum pressure sanctions to demand Iran accept a more effective deal that will not include sunset clauses, and will guarantee that Iran shall never have the capability to produce nuclear weapons.”

The letter also calls for a new agreement to address Iran’s development of ballistic missiles, an issue that was not addressed by the original accord. Iran’s advancement on this front has put Israel and other U.S. allies in range of an Iranian missile.

The military officials also ask Biden to consider prioritizing the relationship with Israel over his desire to ink a revamped nuclear accord.

“The Iranian regime seem to be expecting a deal as favorable to them as the original JCPOA,” they wrote. “You have a unique opportunity to disavow them of that fallacy by negotiating a deal that protects Israel, the Middle East and the United States of America from an empowered and nuclear armed Iran.”