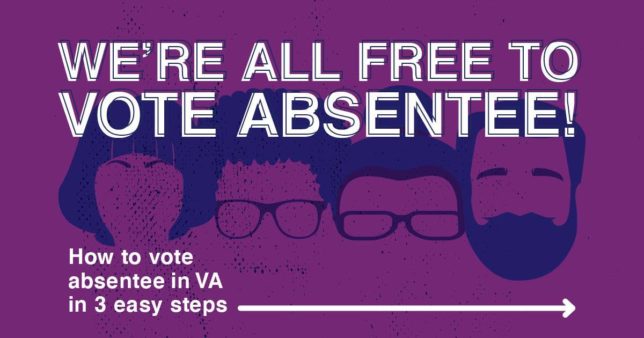 Editor’s note, March 9, 2021: New information on CTCL grants has been provided to CRC through a FOIA request by Ned Jones, election integrity director of the Virginia Project. This report has been updated to reflect this new information, including an updated data set. Additions and updates are in magenta. The original blog post was published on February 15, 2021.

Many Americans now know that Facebook founder and billionaire Mark Zuckerberg interfered in the 2020 election, pouring $350 million into an obscure Chicago-based nonprofit that redistributed the funds to county elections officials nationwide. What they might not know is just how widespread those grants were.

Meet the Center for Technology and Civic Life (CTCL), a group that burst into prominence after Zuckerberg increased the tiny nonprofit’s revenues—just $1.4 million in 2018—by a bewildering 24,900 percent in the lead-up to the 2020 election. CTCL used its newfound fortune to funnel five-, six-, seven-, even eight-figure grants to the government officials responsible for administering the 2020 election—with devastating results for Republicans.

The Capital Research Center has already exposed the flow of CTCL’s “Zuck bucks” into North Carolina, Nevada and Arizona, Georgia, Pennsylvania, and Michigan and Wisconsin.

Now we’ve traced nearly $4 million from CTCL to Virginia, a state Democrats have eagerly colonized from their holdfast in Washington, DC, transforming the once reliable Republican Old Dominion into a leftist stronghold.

In the spirit of disclosure—and because CTCL has not yet publicly disclosed its grant data—CRC has released its data for viewing here.

Virginia was a solid Republican state for decades, with Republicans winning the state from 1968 through 2004, often by wide margins. George W. Bush, for instance, won Virginia by 8 points in both 2000 and 2004.

The Democrats first flipped Virginia in 2008, when Barack Obama won it by 6 points, garnering 52.6 percent of the vote—almost exactly the percentage that Bush won it by in 2000. In 2012, Mitt Romney chiseled away part of Obama’s margin, losing the state by 4 points.

Virginia had poor turnout in 2016, and both Hillary Clinton and Donald Trump lost votes compared to their 2012 counterparts. Clinton won Virginia with 1.9 million votes, 5 points over Trump, but 55,000 fewer votes than Obama’s historical high in 2012. Trump’s performance was somewhat worse, winning 1.7 million votes, some 91,000 votes less than Romney’s 2012 vote total (a historic high for the GOP). Pundits might point to this as proof of Trump’s historic unpopularity and divisiveness, yet the 2016 electoral map is strikingly similar to the 2000 map—a crushing Democratic defeat—and Trump received a similar number of votes compared with John McCain in 2008 and George W. Bush in 2004. (See Table 1.)

The 2016 election confirmed that Virginia was trending toward the Democrats. But why? The answer lies in the Democrats’ built-in population advantage.

Almost 48 percent of Virginia’s 8.5 million people live in just 10 of the state’s 133 counties and independent cities (a Virginia phenomenon equivalent to a county). From most populous to least, they are Fairfax, Prince William, Virginia Beach, Loudoun, Chesterfield, Henrico, Norfolk, Chesapeake, Arlington, and Richmond. A quarter of the state’s population lives in just four of these counties—Fairfax, Loudoun, Arlington, and Prince William—all in the greater National Capital Region.

In 2008, Obama won 8 of these 10 counties and cities, netting him 834,392 votes, or nearly 43 percent of his statewide total. The two he lost, Virginia Beach and Chesterfield County outside Richmond, still delivered him 173,195 votes, bringing his statewide total to 51.4 percent. Obama won these same 8 jurisdictions again in 2012 by similar margins.

In 2016, Hillary Clinton managed to win 7 of these 8 counties. She narrowly lost Chesapeake to Trump, yet improved on Obama’s votes, garnering 893,524, which accounted for 45 percent of her statewide vote totals.

The lesson here is that Democrats have a powerful advantage over Republicans in Virginia simply because half or more of their constituents live in just a handful of places. Going into any presidential election, a generic Democrat is assured of winning a near-majority in the Old Dominion, even in a bad year for turnout like 2016.

That’s a relatively recent development. In 2000, George W. Bush won 7 of these counties and won most of them again in 2004, losing only Fairfax County, the state’s most populous and now a Democratic standby.

Flash forward to 2020, and the facts are bleak for Republicans. Trump earned a historic 1.9 million votes and improved his vote share over 2016 totals by 231,274 votes—comparable to Bush’s improvement between 2000 and 2004 and more than twice as much as Mitt Romney’s improvement over John McCain between 2008 and 2012. Yet he still lost the Old Dominion to Joe Biden by a staggering 451,138 votes.

Statewide, Biden increased his vote share over Clinton’s 2016 figures by close to 26 percent, winning a whopping 2.4 million votes—twice that won by Al Gore in 2000 and almost half-a-million votes more than Obama’s 2012 record.

Of Virginia’s top 10 counties Biden won all 10, netting him 1,370,414 votes, or 56.7 percent of his total votes statewide, far exceeding the 1 million votes Obama won in 2012 and the 1.1 million Clinton won in 2016. Critically, Biden flipped Virginia Beach and Chesterfield County—held by Republicans since 1968 and 1952, respectively—finding an additional 41,000 votes in Virginia Beach and another 26,000 votes in Chesterfield.

This was more than enough to surmount any lead Trump developed elsewhere in the state. Given the Beltway counties’ demographics, one might simply label the result in Virginia the “revenge of the Swamp.”

So what role did CTCL play in the Old Dominion? Virginia was always expected to be firmly in Biden’s grip, so the question isn’t whether CTCL funding flipped the state but rather how much its grants aided turnout in Democratic-leaning counties.

A list of “preliminary grants” discovered online notes 38 counties and cities in Virginia that evidently received funding from CTCL. Of these, CRC has uncovered $3,968,221 in grants flowing to 37 Virginia counties and cities (including one not listed in CTCL’s preliminary document), leaving at least another 2 jurisdictions (Smyth County and Hanover County) that almost certainly received some money from the group.

How these funds were spent is generally unclear. In Fairfax County—the source of Biden’s greatest vote haul and recipient of the largest yet identified CTCL grant ($1,431,950) in Virginia—elections officials used the funds to “support in-person early voting” and “vote by mail.”

In July 2020, Virginia’s Democratic majority in the state legislature enacted statewide no-excuse absentee voting and early voting. CTCL effectively bankrolled the Democrats’ biggest step toward replacing Election Day with “Election Month” in the state’s largest county and a leftist stronghold. A similar $10 million CTCL grant to Philadelphia stipulated that the city use the funds for printing and postage for mail-in ballots. It also required Philadelphia to scatter “Secure Dropboxes” around the city to collect ballots, circumventing basic voting integrity requirements by allowing anyone—without any identification—to drop any number of ballots into a private collection bin with no official oversight and no accountability after the fact. If a fraudster wanted to flood Philadelphia with phony ballots, CTCL’s “Zuck bucks” enabled him to bypass USPS mailboxes.

The grant data in Virginia are consistent a pattern that we’ve observed thus far across multiple CTCL-funded states. Even in a year with historically high turnout, CTCL’s grants made it easier for Democrats to grease the skids of voter mobilization in precisely the areas they needed to clinch the presidency. While he may have somewhat underperformed in 2016, President Trump’s performance in 2020 exceeds that of Republican presidential candidates over the past two decades. In fact, it almost mirrors George W. Bush’s impressive gains between 2000 and 2004.

The Republican stumbling block, as ever, proved to be the Beltway, where a perfect storm of mail-in and early voting, lavish CTCL spending, and the Swamp’s loathing of Trump proved his undoing in the Old Dominion.

A Big Tech billionaire tried to privatize the 2020 election, and all we heard from the “mainstream” media was crickets.