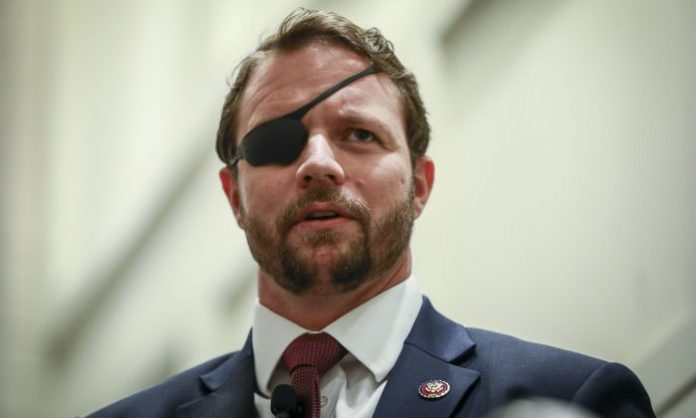 Some GOP lawmakers are calling out Democrats’ efforts to label voter ID laws as voter suppression.

Second-term Rep. Dan Crenshaw (R-Texas) said Republicans and Democrats must work together to regain the trust of all voters, strengthen laws like national voter ID requirements, and ensure election integrity.

“There’s this mythology amongst Democrats that commonsense rules in an election are synonymous with voter suppression. They make it sound like you have to go through an obstacle course to go vote. This isn’t true. It’s nonsense and everybody knows it. [The] truth is that four out of five Americans support voter ID laws,” said Crenshaw on the House floor Wednesday.

“Countless Americans have expressed concern because they receive mail-in ballots for other people, addressed to their homes. They want this fix. They don’t want the problem to get worse.”

Democrats’ H.R.1 would require states to use an automatic voter registration system for federal elections and allow same-day voter registration. Some Republicans have said the bill would ensure that GOP candidates would never get elected again during presidential races.

Crenshaw said H.R.1 makes elections less secure because it does not address the issues that millions of Americans were concerned about after the 2020 elections, like universal mail-in ballots, and careless voter ID verification processes.

“But instead, this bill makes permanent the problematic election practices that cause distrust. For example ballot harvesting, which creates a serious chain-of-custody issues; universal mail-in voting without safeguards, which creates the kind of chaos where your ballot ends up in somebody else’s hands; or forcing states to disregard their own voter ID laws and use sworn statements instead of an ID,” said Crenshaw.

“The integrity of our elections must be self-evident, where the mere possibility of fraud is improbable because the process itself is airtight and secure. Many states do not meet this standard. We should be working together to make elections more secure, not less,” he added.

Meanwhile, Rep. Zoe Lofgren (D-Calif.), chair of the House Administration Committee, said on Wednesday during a press conference in support of H.R.1 that Republicans in state legislatures are trying to suppress voters, particularly those from communities of color.

“After that [Nov. 3 election], enormous turnout we saw Republican legislatures all over the country try and stop that voting, to stop the absentee voting, to impose barriers to make it harder for Americans to vote,” said Lofgren.

While Democrats are praising H.R.1 as the answer to voter suppression and election integrity, Republicans are saying they will not vote for the bill in its current form because it invites voter fraud.

“I hope that all for all [the GOP’s] cynical arguments against [H.R.1], some of our friends across the aisle will get a grip and understand that it is in everyone’s interest,” added Lofgren.

“In my home state of Georgia, Republican state legislators have unleashed an unprecedented torrent of voter oppression schemes to make it incredibly hard to vote, and to silence our voices, especially communities of color,” said Williams.

“HR.1, the For the People Act, will put a stop to the voter suppression that we’re seeing being debated right now in Georgia, by taking an aim at the institutional barriers to voting,” added Williams.

The bill is being debated in the House this week and will likely pass along party lines.