U.S. House Representative Ilhan Omar (D-MN), who serves as vice chairperson of the House Foreign Affairs Committee, expressed her support for the independence of the International Criminal Court (ICC) and said that Israel and senior Israeli officers who are accused of war crimes, should be referred to the ICC. She made these remarks in an interview with Al-Araby TV (Qatar) that aired on February 12, 2021. Omar said that Muslims should not just be a part of the administration in America, but they should also run for the office of president of the United States and take leadership roles in the country. Omar added that she welcomes the willingness of the current administration to cancel the designation of certain groups, such as the Houthis, as terrorists and to “restore some order and normalcy in regard to who belongs on that list [of terrorist organizations].” She also said that the Chinese government must be held accountable for the “genocide” against Uyghur Muslims and suggested that the U.S. might play its role like it did in Rwanda, Bosnia and “even in World War II with the Holocaust.”

“Muslims Should… Run For [U.S.] President And Take Leadership Roles In This Country”

Rep. Ilhan Omar: “We have certainly not seen high official appointment of Muslims by the Biden Administration, but there are a number of Muslims who are part of this administration. 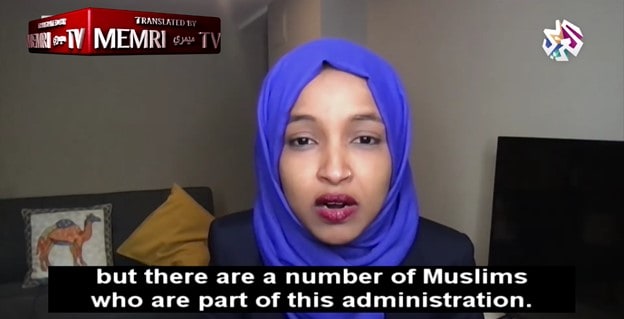 “This is something we will have to continue to push for, in order to make sure that the Muslims remain an important part of the social fabric in the United States. 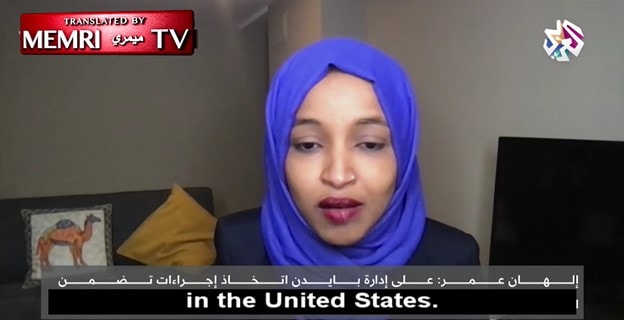 “They should not just be a part of the administration – but Muslims should also run for president, and take leadership roles in this country.” 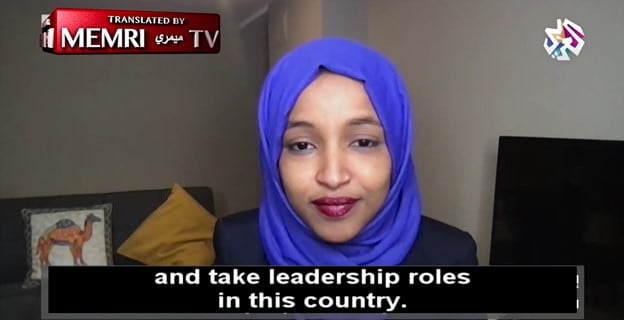 Interviewer: “The new Secretary of State Antony Blinken said that the Biden administration would not return the U.S. Embassy from Jerusalem, to which it was transferred by Donald Trump, and that this administration would continue to recognize Jerusalem as the capital of Israel. What has changed, then, from the Trump Administration?”

Omar: “It doesn’t currently seem like a lot will be changed, but there will be an opportunity for us to push for the United States to stand for its values and principles.”

Interviewer: “Should the Biden Administration support the referral of Israeli officials accused of committing war crimes to the ICC?”

Omar: “I do [support this]. It is also really important for us to remember that the international courts play an important role in rendering justice for people who are not getting justice within their borders. The U.S. should not delegitimize the ICC and the things it must do. It is shocking that the legitimacy of the ICC is something that is being questioned. Their ability to investigate, probe, and render justice is being undermined here in the U.S.” 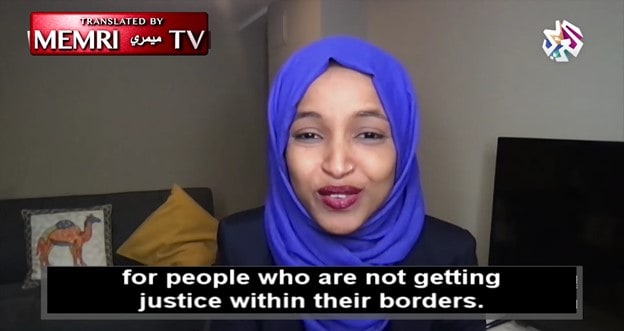 Interviewer: “Will you demand that the Biden Administration and the State Department support the referral of Israel to the ICC?”

Omar: “I have. This is an important call and we all must guarantee that the ICC remains an independent body. It is an international court that has the authority and the ability to investigate and render justice for people who are denied justice within their borders. No sovereign state should stop the ICC from doing what they should do.”

Interviewer: “Do you support the removal of the Houthis from the terror list?” 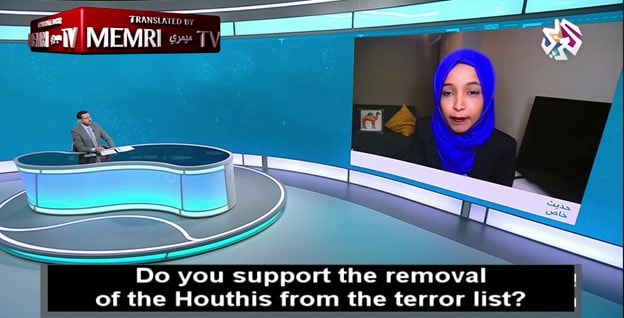 Omar: “The last administration took a lot of actions, including the designation of certain groups as terrorist. We welcome the willingness from this administration to reverse course, cancel these decisions, and restore some order and normalcy in regards to who belongs on that list. 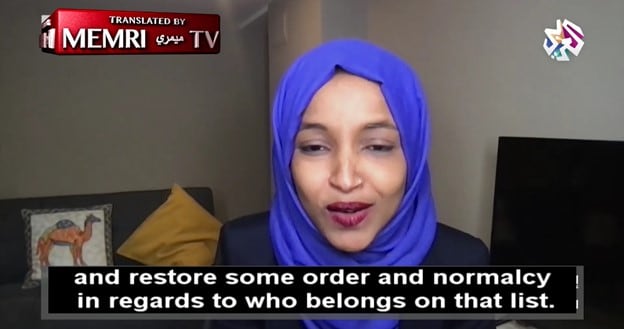 “It is definite that the genocide against the Uyghur Muslims in China is something that deserves serious attention from this administration. It also deserves the attention of every single person who is against the massive human rights violations in the world. 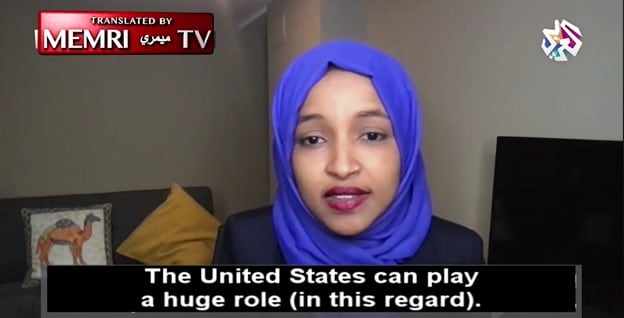 “We have to look at this serious and devastating situation and do everything we can to hold the Chinese government accountable for this genocide that is taking place before our eyes.” 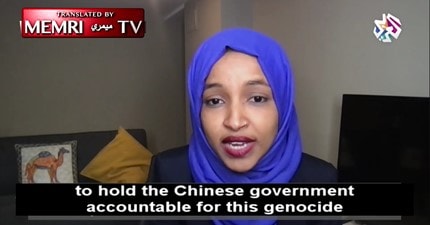