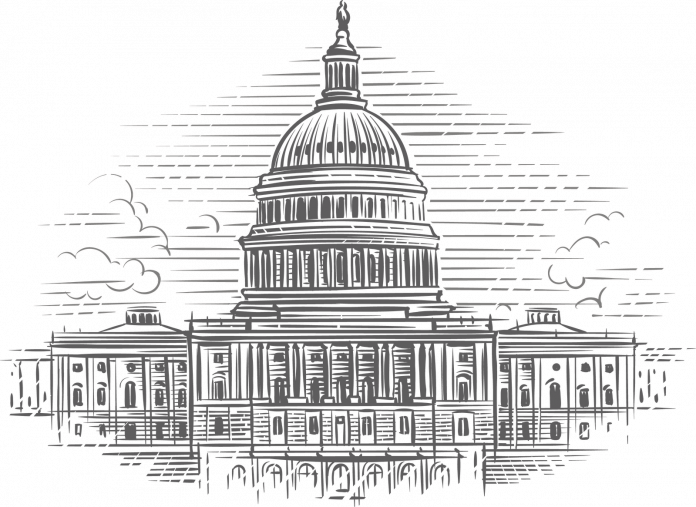 On March 3, the Democrat-led House passed H.R. 1, the For the People Act of 2021, which was Introduced by Rep. John Sarbanes (D-Md.). The election reform package, if passed by the Senate, would transfer authority over how elections are administered from states to the federal government and make permanent many voting rules that opponents say lead to voter fraud.  The 791-page-long H.R. 1 legislation package, which was marked up by members of the 116th Congress, was adopted without much debate. Some provisions, like ensuring that all voting machines used in U.S. elections are also manufactured in the United States or increasing access for voters with disabilities, are supported by both sides, but most other provisions are contentious.
The sweeping election reform package is divided into three major sections; the second section is the main body of the legislation, with three subsections: a) voting, b) campaign finance, and c) ethics. Section three is the “Findings of General Constitutional Authority” and section four is the “Standards for Judicial Review.”
Here are some of the key changes to election laws made by H.R. 1: 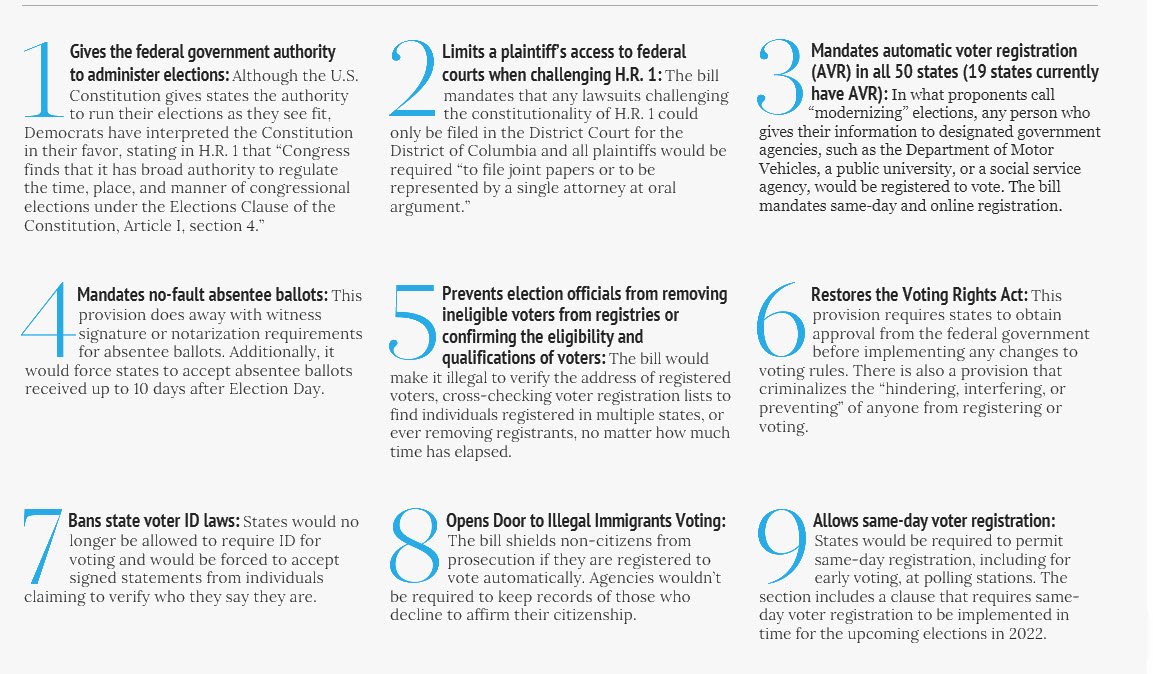 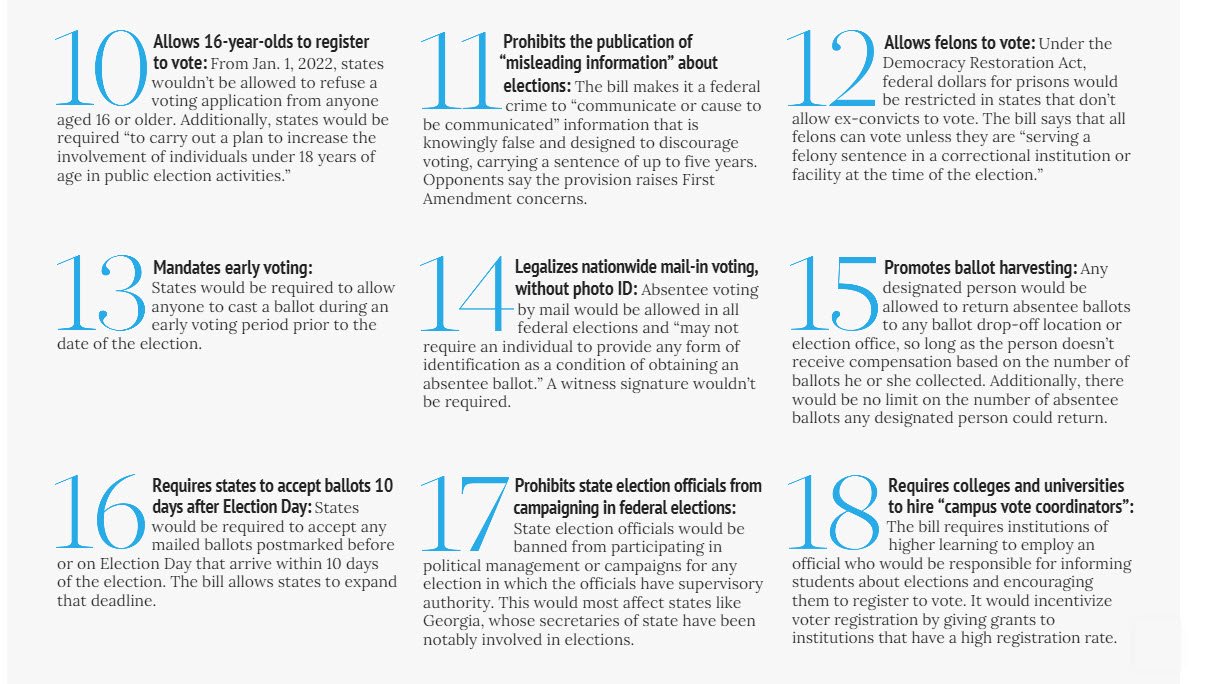 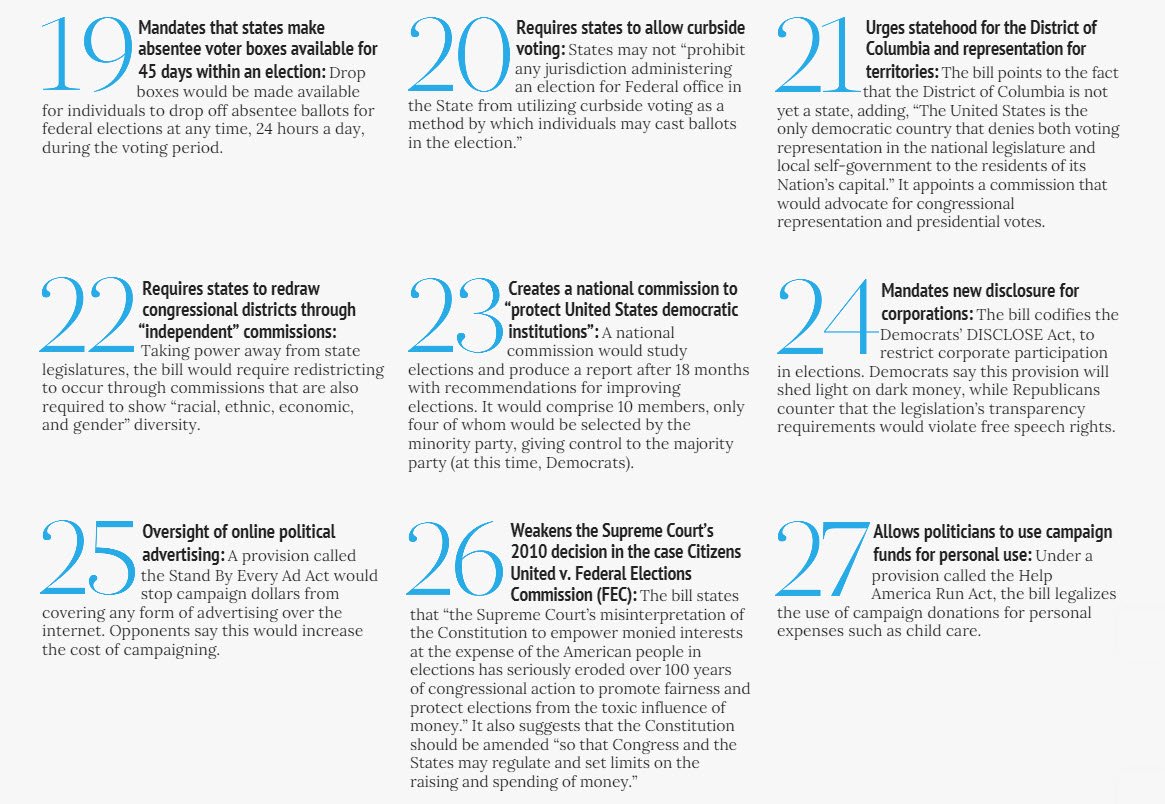