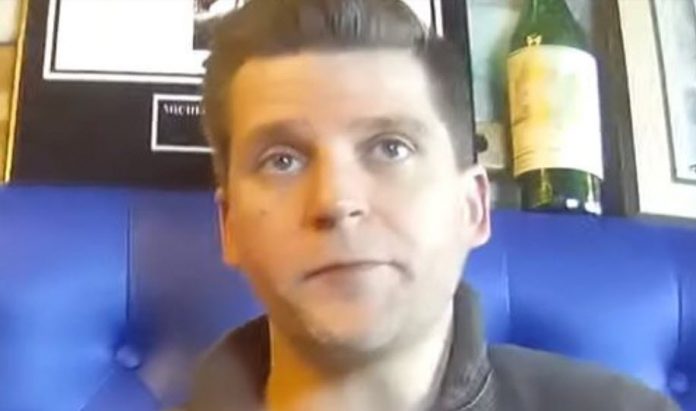 A CNN employee tacitly admitted on tape that the network is a propaganda arm of the Black Lives Matter movement, and won’t pursue any stories that undermine its racial grievance narrative.

CNN Technical Director Charlie Chester told an undercover journalist for Project Veritas that he knows black-on-Asian crime rates are high, but doesn’t dwell on it because “the optics” are not good for the Black Lives Matter agitators the network is trying to help.

Chester discussed the network’s unwillingness to cover racial issues fairly in Project Veritas’ third installment of its #ExposeCNN series. In Part Two, the liberal employee proudly declared that CNN practices the “art of manipulation” to “change the world.”

“I was trying to do some research on the Asian hate, like the people [who] are getting attacked and whatnot. A bunch of black men have been attacking Asians. I’m like ‘What are you doing? Like, we [CNN] are trying to help BLM,’” he said.

Chester explained CNN’s refusal to report honestly on the issue  “The optics of that are not good. These [are] little things that are enough to set back movements,” he said, falsely claiming that reporting the truth allows *conservatives to create stories “criminalizing an entire people,” rather than focusing on individuals.

But the truth doesn’t have an agenda. It is merely the truth.  And generally speaking, it is the left that focuses on groups, and conservatives who focus on individuals.

Chester went on to claim that former President Trump had demonized everyone of Chinese descent when he called Covid-19 the China Virus, saying it put “so much blame on an entire group. But of course, Trump was only continuing a long tradition of naming a disease after its country of origin.

The technical director went on to admit that CNN won’t report on racial issues, unless the narrative goes against white people.

“I haven’t seen anything about focusing on the color of people’s skin that aren’t white. They [CNN] just aren’t saying anything. You know what I mean?” he said, admitting what conservatives have noticed for years — that the story “loses steam” when the suspect is found to be a non-white individual.

He claimed to not know why this was the case, attributing the enigma to “trends,” and “what people will latch onto.”

Chester reiterated what he said in Part Two about the media being “the greatest weapon” for manipulating the public with propaganda. In a previous clip, he also admitted that the network’s coverage of Florida Congressman Matt Gaetz was pure propaganda.

“You can shape an entire people’s perception about anything [depending] on how you do it,” he said.

Chester’s revelations about how the network deals with race issues comes as CNN covers the Black Lives Matter riots in Brooklyn Center, Minnesota.

While CNN was in front of a police precinct reporting on the “peaceful protests” Wednesday night, a CNN crew member was struck in the head with a bottle, knocking him over, and the entire crew was chased away from the scene.

*Chester initially said the far left would “latch onto” the issue and criminalize an entire people, but later corrected himself, saying it was conservatives who would do that.