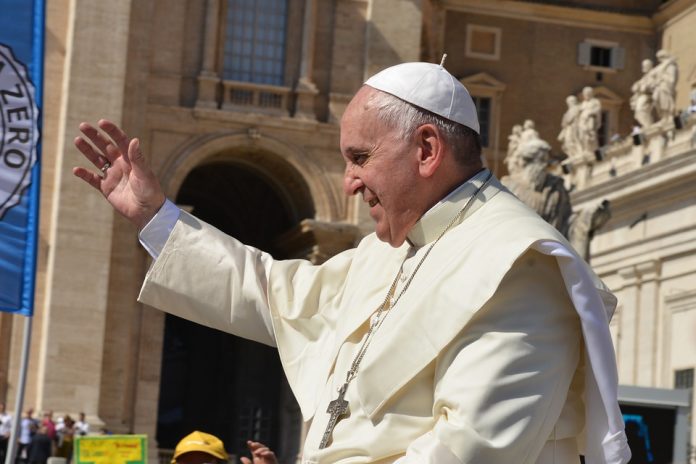 Jesus knew human nature, but he didn’t trust it?  This passage refers not simply to the enemies of Jesus but to “all men.”  But hold on!  Isn’t that the opposite of what many Church leaders—and especially Pope Francis—have been telling us?

Take the Document on Human Fraternity signed by Pope Francis and Grand Imam Al-Tayyeb.  It’s part of Francis’s campaign to create a worldwide Church of Brotherly Love based not on the Gospel, but on vague humanitarian sentiments.  Above all, Francis’s hopes for human fraternity seem to be based on the assumption that human nature can be trusted.

But that is a dangerous assumption.  Can we trust—as Francis does—that Islam is a religion of peace even though scores of Christians are massacred every day in the name of Islam?  Can we trust—as Francis does—that Iran will use nuclear power only for peaceful purposes, even though Iran’s leaders regularly lead people in chants of “Death to America”?

Communism is in many respects a humanistic religion.  But it’s not a religion that engenders trust.  People living in communist societies quickly learn not to trust anyone, not even close friends and relatives.

As our own society moves closer to communism, we need to ask ourselves how much trust we can afford to place in authorities.  Can you trust the government to enact laws for the common good? Can you entrust your children to public schools?  Can you even trust public health officials?  Or is it time to cultivate a healthy distrust of those—even in the Church—whose first allegiance is to humanistic creeds rather than to the Gospel?