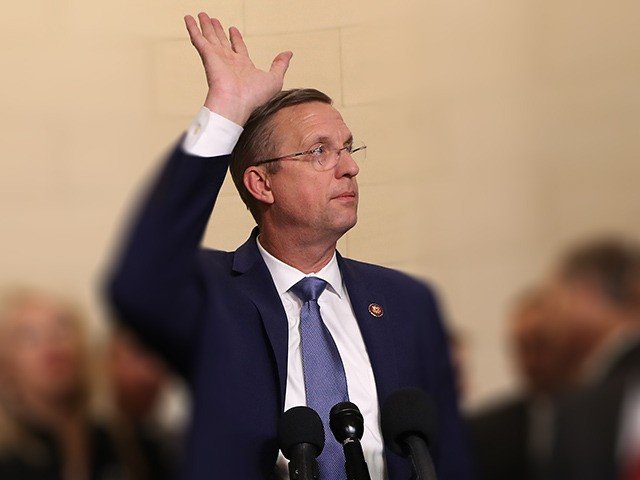 Former Rep. Doug Collins (R-GA) announced Monday he will not seek political office this election cycle, although he said he will stay involved in shaping the conservative message to help Republicans win the House and Senate, and he hinted that his decision is not necessarily permanent.

“I am announcing today that I will not be a candidate for any office in the next election cycle,” the Georgia Republican said in a statement, briefly highlighting some of his accomplishments in Congress, including the passage of the First Step Act:

It has been a joy to serve in both Georgia Legislature and the United States Congress. During my time in Congress, I was able to accomplish a great deal for the folks that I served, including historic criminal justice reform with the passage of the First Step Act. As Ranking Member of the House Judiciary Committee, I fought each and every day to uphold our Constitutional rights and the freedoms we cherish. I have always believed that when you are given the privilege of serving, you should strive to pass meaningful legislation that impacts people’s everyday lives. I’m proud we were able to do just that.

Collins, who has remained popular in pro-Trump circles, did not close the door on reentering the political arena in the future, writing, “This is goodbye for now, but probably not forever.”

Collins said he plans to stay involved “in shaping our conservative message to help Republicans win back the House and the Senate and help more strong conservative candidates get elected here in Georgia.”

“I believe that we, as conservatives, must be able to clearly communicate our values and I will help keep the fight going,” he said, thanking his supporters for encouraging him to run.

“Your support and love will never be forgotten. I look forward to seeing you all in the future,” he added:

I’m announcing today that I will not be a candidate for any office in the next election cycle. Read more ⬇️ pic.twitter.com/IruVtnjZl7

The announcement follows reports of Collins “seriously considering” running for the U.S. Senate against Sen. Raphael Warnock (D-GA), who was sworn in following the runoff race in January.

An OnMessage Inc. poll in March revealed Collins leading the Georgia Republican Senate primary in a hypothetical matchup between him and former Sen. Kelly Loeffler (R-GA), 55 percent to 36 percent.