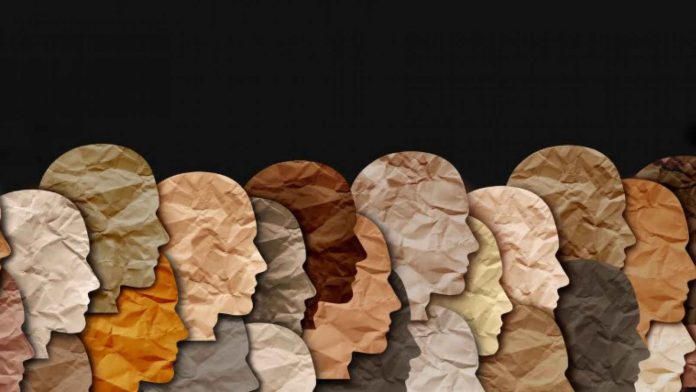 What parents and other citizen patriots need to understand.

This is Part 2 of a multi-part series on the teaching of Critical Race Theory (CRT) in America’s schools, usually as part of a broader Ethnic Studies program. Already present in public, private, and charter school classrooms, CRT is a dangerous Marxist ideology that serves to indoctrinate students with racial identity, divisiveness, and animosity. The immediate objective of this deeply harmful curriculum is to incite hatred among our children based on intrinsic characteristics like skin color. The ultimate objective is revolution to destroy America’s Constitutional Republic by methodically shredding our First Things Principles: individual liberty, government by consent of the governed, but most especially equality of all in human dignity before the rule of law.

In the first Part of this series, we set out the fundamentals of CRT, its origins among Marxist intellectuals and basis in Bolshevik ideology. The reason that CRT has made such inroads into American academia is rooted in the 20th century realization that a revolution based on class divisions would not work very well in a society based on free market capitalism where opportunity and upward mobility are available to all who are willing to apply talent and hard work to achieve individual goals. Italian communist Antonio Gramsci’s “Long March Through the Institutions” therefore took the place of a quick, violent Lenin-style uprising and race the place of Marx’s class divisions. America’s schools, teacher’s unions, textbooks, and students became top priority in the campaign to extend Marxist infiltration throughout the rest of society.

Indeed, as Alex Newman has written, “Understanding that future generations are the key to building political power and lasting change, socialists and totalitarians of all varieties have gravitated toward government-controlled education since before the system was even founded.” The arrival of the Frankfurt School, a group of Marxist academics from Goethe University in Frankfurt Germany, in the U.S. in the early 20th century marked the first foothold for communist ideology in the U.S. education system. Welcomed into Columbia University in New York in the 1930s, Frankfurt School operatives set about promoting a suite of concepts explicitly designed to undermine traditional American principles. Founded in Hegelian and Marxist premises, Frankfurt School thinkers pioneered the ideology of Critical Theory. In simple terms, Critical Theory attacked basic societal norms by characterizing them as nothing more than means by which a dominant, minority, bourgeois class ruled over the masses comprising the rest of the population. People were divided into “oppressors” and “oppressed”. Material well-being was the myopic lens through which Marx and his devotes viewed society. For them, the solution to abolishing inequality in material well-being was revolution, the only legitimate means by which they see history progressing into the future.

The problem here in the U.S. was that, although the free-market capitalist system featured large differences in wealth between the most-successful and the least-successful, the opportunity to rise from humble beginnings up through economic classes was here for the taking by anyone. So, this is where Critical Race Theory comes in: a wedge issue other than class had to be found and exacerbated. Enter Ethnic Studies, in which CRT plays a central role, with narratives like ‘systemic racism’, ‘white privilege’ and everything else that so dominates the U.S. education system today as well as every other institution, from faith communities, to government, media, the military, and popular culture.

This author’s earlier set of essays on these topics included four from 2020 that focused primarily on the California State school system and in particular, the Santa Barbara Unified School District. They may be found here, here, here, and here. Here, having laid out the malign strategy of the Marxist agenda, we will take a closer, updated look at what is being force-fed to California students as well as many others across the country under the guise of Ethnic Studies curricula.

As noted in the 2020 pieces, the state of California began development of a so-called “Ethnic Studies Model Curriculum” (ESMC) in 2016. The purpose of this curriculum was to teach students to divide the U.S. population into a fixed number of distinct ethnic groups: African Americans, Asian Americans, Latino-Chicano Americans, and Native Americans. These are called the four “Core Ethnic Groups”. Caucasians/whites are explicitly excluded. The fact that Native American tribes nearly universally practiced slavery for millennia before the arrival of any white men, buying and selling slaves captured from other tribes, is conveniently ignored.

There followed over the next few years a great deal of discussion about what was being proposed. Jewish community groups in particular were vocal in their opposition to ESMC components that were openly antisemitic and anti-Israel. Early drafts, for example, included a 60-page section on so-called “Arab Americans” as a sub-set of the U.S. population—but nothing at all about Jews. Later, Jews were offered inclusion in the Asian “Core Ethnic Group”, but this was hardly acceptable either. The Boycott Divest and Sanction (BDS) movement was featured approvingly. Eventually, after multiple drafts, the most antisemitic passages were omitted and the U.S. Jewish population was included in the “Non-Core Ethnic Groups” section.

“…encourage cultural understanding of how different groups have struggled and worked together, highlighting core ethnic studies concepts such as equality and equity, justice, race and racism , ethnicity  and bigotry, indigeneity, etc.”

Unsurprisingly, the Council on American-Islamic Relations (CAIR), which is the U.S. branch of the Muslim Brotherhood’s Gaza-based off-shoot, HAMAS, registered disappointment with this version of California’s Model Curriculum, complaining that it left out mentions of colonialism, imperialism, and “Palestine”. In an undated statement at its CAIR-California website, the group bemoaned the fact that earlier draft language by such luminaries as Angela Davis (a self-avowed communist who was once on the FBI’s Top Ten Most Wanted List) had been omitted in the final version.

Some of the educational concepts that are included in the March 2021 final Model Curriculum had migrated to California after first being tried but then driven out of Arizona. Central among these is an educational precept called “The Pedagogy of the Oppressed”. The term comes from the title of a 1968 book by Brazilian communist Paulo Freire. The thrust of the book’s message emphasizes the importance of inculcating students from the K-12 levels and up with the revolutionary fervor required to ignite a mass line movement. Marxists know that fervor can only be aroused if certain students are taught from the earliest grades that they are “oppressed”, while others are labeled the “oppressors”.

In Arizona, groups like Unión del Barrio, a race-based organization dedicated to “struggle on behalf of ‘la raza’ living within the current borders of the United States”, have championed efforts to wage “organized liberation struggle” among what they call “people’s organizations” like the Black Panthers, La Raza Unida Party, and the American Indian Movement. As long ago as 2013, however, the Arizona state legislature passed a law that banned any courses “that promote the overthrow of the U.S. government, foster racial resentment, are designed for students of a particular ethnic group or that advocate ethnic solidarity”. The Pedagogy of the Oppressed was banned from Arizona public schools. Following a federal court ruling upholding the law, the Ethnic Studies battle moved to California and other states.

Currently in California, Assembly Bill 101, which would make ethnic studies a high school graduation requirement, just passed the Education Committee of the California legislature in mid-April 2021. The bill moves next to the Assembly Appropriations Committee. Students in the California State University system already are required to take an ethnic studies course to graduate, under a bill signed into law by Governor Gavin Newsom in August 2020.

As Assembly Bill 101 makes its way through the California legislature, Christopher Rufo points out in a 13 April 2021 essay at his own website (RUFO@DOCUMENTARYFOUNDATION.ORG) that the Ethnic Studies Curriculum intended for California high school classes is based on the work of Brazilian Marxist Paulo Freire, author of the Pedagogy of the Oppressed, mentioned above. Unfortunately, California does not have a law banning courses that promote the overthrow of the U.S. government. Rufo writes that at a recent teacher training session sponsored by the Santa Clara County Office of Education’s Ethnic Studies Initiative, Jorge Pacheco, president of the California Latino School Board Association and advisor to the California Ethnic Studies Model Curriculum initiative, argued that “teachers must ‘awaken [students] to the oppression’ and lead them to ‘decodify’ and eventually ‘destroy’ the dominant political regime”. This sounds awfully close to 18 U.S. Criminal Code Title 18 § 2384 concerning Seditious Conspiracy. The law states:

If two or more persons in any State or Territory, or in any place subject to the jurisdiction of the United States, conspire to overthrow, put down, or to destroy by force the Government of the United States…contrary to the authority thereof, they shall each be fined under this title or imprisoned not more than twenty years, or both.

Pacheco, the Santa Clara officials, and other panelists must have been at least vaguely aware of how their rhetoric must have sounded, because Pacheco hastened to add that “[We] have to be extra careful about what is being said, since we can’t just say something controversial now that we’re in people’s homes [because of remote learning].”

Let’s conclude this piece by sounding an alarm. It’s not just racial animosity that is being taught in America’s schools under the rubric of Critical Race Theory and Ethnic Studies programs: it is Marxist revolution and criminal sedition. Parents and other citizen patriots must understand that communist takeovers do not begin with troops, tanks, and guns in the streets—but they always end that way. The internal corrosion comes first, within the institutions of society. Citizens lined up against the wall to be shot come later. There is not much time left.

Clare M. Lopez is the Founder/President of Lopez Liberty LLC.

MUST READ: The Most Important Book You Will Read This Year

Trump on 2024 Decision: Supporters Will Be ‘Very Happy’

VIDEO-Stacey Abrams: ‘The Insurrection Is Continuing’ with Republican Voting Laws —...

Critical Race Theory – How to Fight It!