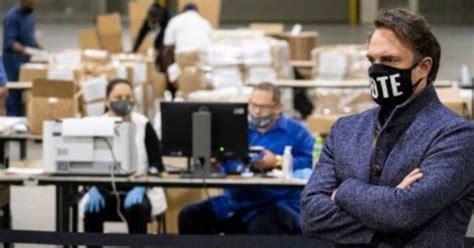 Lawyers for the Fulton County Georgia Board of Registration and Elections filed an official request to the court to dismiss the election fraud case brought by Garland Favorito and others before the forensic audit is launched starting on Friday.

CD Media reported on this development this morning.

Last Friday Judge Brian Amero from Henry County in Georgia ruled that the audit in Fulton County, Georgia, must proceed. This comes after a video report by The Gateway Pundit back in early December revealed the same batch of ballots were being counted two and three times.

The judge ordered the parties to appear at the Fulton County ballot storage location at 10 AM on May 28th, which is the Friday before the Memorial Day Weekend.

On Wednesday attorneys for the Fulton County Board of Registration and Elections filed a last-minute request to ask the court to dismiss the entire case before the actual forensic audit begins!

The motion to dismiss, which was filed on Wednesday, argued Garland Favorito and the other plaintiffs never served the county and that the Superior Court of Fulton County lacks jurisdiction in the case.

Attorneys also argued that Fulton County is not a proper party to the case.

“It is an improper party because it is not the final policymaker with control over elections,” the motion said. “The Elections Code states that where there is a board of elections, that entity acts as a superintendent and conducts elections and primaries.”