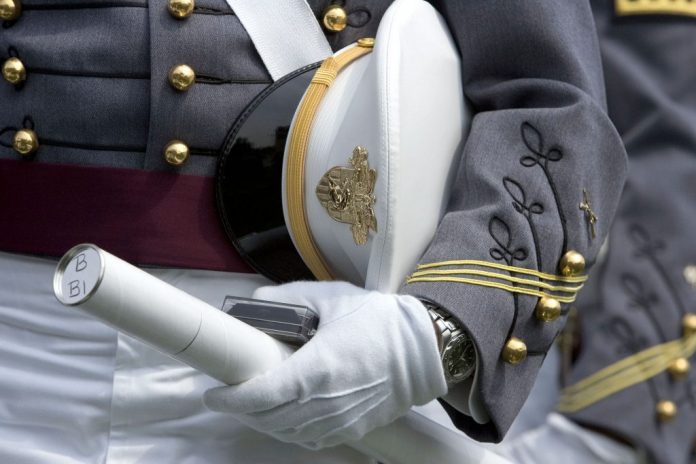 roubled by an influx of critical race theory into the military, a coalition of veterans and congressional Republicans are demanding the Pentagon stop placating left-wing activists and focus on national defense.

“Rather than e pluribus unum, rather than teamwork, rather than cohesion, we’re being taught an ideology which seeks to divide us based on the color of our skin,” Bishop told the Washington Free Beacon. “I’ve flown into combat zones. It didn’t matter if my copilot was black or not. How are we better for teaching all the elements of critical race theory?”

Bishop’s complaints were ignored by academy leadership. They heard similar stories from veterans at other schools and bases. Cadets spoke about running into books by Malcolm X and other radicals in a new “Diversity and Inclusion Reading Room” at the school, which did not return a request for comment. That experience led Bishop and Scott to start an advocacy group called Stand Together Against Racism and Radicalism in the Services. In under a year, STARRS boasts a membership into the hundreds, including dozens of officers and retired military officials.

“There’s a culture of fear within the military now,” Bishop said. “On the one hand, it’s okay to cheer on Black Lives Matter [on a military base], but if you speak out against this Marxist ideology you’ll be relieved of your duties. Ask yourself, ‘Is this what China and Russia are concerned about?'”

Many Republicans in Congress share similar objections to the injection of radical ideologies into the armed forces. On Wednesday, 30 of them called on Secretary of Defense Lloyd Austin to “take action to fight back against the creeping left-wing extremism in the U.S. military.” Republicans in the House and Senate expressed alarm at the firing of U.S. Space Force Lt. Colonel Matthew Lohmeier, who criticized the “neo-Marxist” agenda infiltrating the military. House Republicans are demanding the military change course from its focus on diversity. With a growing threat from China, they argue, the military must remain focused on winning wars rather than appeasing fringe left-wing activists.

“The military’s long history of standing above politics has made it one of the most respected institutions in America and enabled our armed forces to both defend the Homeland and serve as one of the bulwarks of our constitutional order,” wrote Rep. Matt Rosendale (R., Mont.). “That legacy is now in jeopardy.”

The Pentagon did not respond to a request for comment.

Announcements from senior Biden administration officials about new programs to crack down on right-wing extremism within its ranks have sparked outrage from Republicans. During his confirmation hearings in January, Austin told the Senate that the Pentagon’s job is to “keep America safe from our enemies. But we can’t do that if some of those enemies lie within our own ranks.”

Rep. Randy Weber (R., Texas), who signed the letter to Austin, said the imposition of critical race theory from top military brass is more damaging than the social media posts of individual soldiers. He called on other members of the military and the public to speak out and pressure the Pentagon.

“Patriotic Americans cannot stand idly by watching the politicization of our armed forces. George Washington—first a general, then a president—relinquished his commission before entering office,” Weber wrote. “A truly visionary leader, he recognized the perils of a politically-biased military. Our men and women in uniform are not lab rats in a social science experiment.”