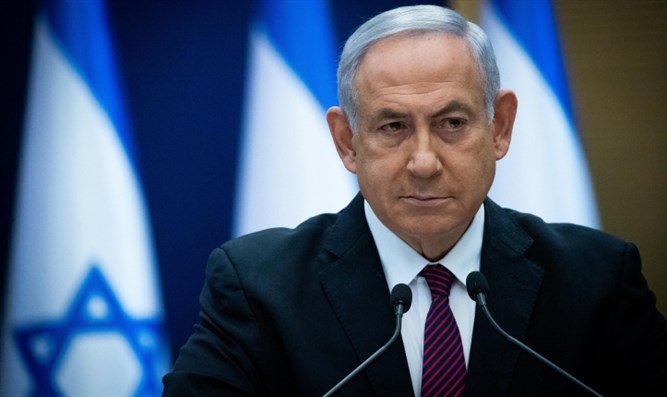 Prime Minister Benjamin Netanyahu said today that he had attended the exchange ceremony for the head of the Mossad organization and conveyed a message to the President of the United States, Joe Biden.

“The biggest threat to us is the existential threat posed by Iran’s attempts to arm itself with nuclear weapons,” Netanyahu said in his speech at the ceremony. “Whether they threaten us directly with the destruction of a small country by nuclear weapons, or whether they threaten us with tens of thousands of missiles backed by nuclear umbrellas. This threatens the continuation of the Zionist enterprise, and we must fight this threat without stopping.”

Netanyahu said of his conversation with President Biden: “I said these things to my friend of 40 years, Joe Biden, and I told him ‘with or without an agreement we will continue to do everything in our power to thwart Iran’s armament with nuclear weapons.’ Iran is different from the other countries that currently have a nuclear weapon. Therefore, allowing this is not an option.”

“If we have to choose, I hope it does not happen, between friction with our great friend the United States and the elimination of the existential threat – the elimination of the existential threat wins out. It falls first and foremost on you, on the political leadership of the State of Israel, and on you David Barnea – you must do everything, everything, to ensure that under no circumstances can Iran arm itself with nuclear weapons.”

In response to Netanyahu’s remarks, Defense Minister Ganz tweeted: “The United States has been and will continue to be Israel’s most important ally in maintaining its security and security superiority in the region. The Biden administration is a true friend of Israel, Israel has no and will not have a better partner than the US. Even if there are disagreements, they will be resolved in direct discourse in the closed rooms and not in a defiant discourse that could harm Israel’s security.”