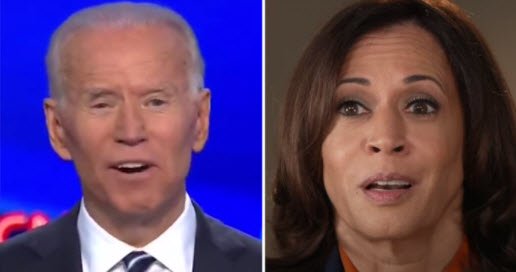 Once again, the Left is out with a new argument and it’s crickets from the professional Right.  I used to send alerts to people I know on the professional Right asking them to counter new arguments, but I never got any response, so I gave up years ago.  So there’s just me here and this is my first stab at preclearance, the argument that the federal government needs to directly supervise elections in the states again.

Yesterday, Joe Biden put Vice President Kamala Harris in charge of efforts to undermine election safeguards.  I hope she does as good a job on this as she’s doing on the southern border, which she’s also in charge of.  Actually, the appointment is interesting for the new preclearance argument because Kamala Harris argued for preclearance of state abortion laws when she was campaigning for president.  She wanted the federal government to control what abortion laws states could and, more importantly, could not enact, so I have no doubt she will push for preclearance in the election law context, as well.   Never let anyone be free when you can use the federal government to control them, right?

The idea of preclearance comes from provisions of the Voting Rights Act of 1965 which forced state and counties with a history of discrimination to get preclearance from the U.S. Justice Department to make changes in their election procedures.  The Feds blocked 86 measures in several states under voting rights preclearance.

But in 2013, the Supreme Court knocked down part of the voting rights preclearance scheme.  The Court found that the formula used to determine whether states were still discriminating against minority voters were out of date and the Justice Department was acting like nothing had changed in the last 50 years when it clearly had.  As applied, preclearance had become unconstitutional, violating the Tenth Amendment.  [Shelby County v. Holder, 2013]

Today, Senator Joe Manchin wants preclearance for the entire country.   He’s not alone.  [here at 47:34l] But other liberals see this as a bridge too far, “tilting the scale too much in favor of federal control.” [here and here at 48:15].  However, this is the first problem with the preclearance argument.  The Left will always want to expand preclearance, even if there’s no factual predicate for it, and they won’t stop until elections everywhere are under the control of the U.S. Justice Department.  How do I know this?  Because this is what the Left always does, this is who they are.  It’s all a big game to them and they never stop.   So no matter how much sense preclearance might make in specific situations, I’m opposed because the tendency of the Left is always to seek more and more control.

A witness at a congressional hearing took a different approach.  [at 26:26] The witness started out heavy on narrative – making conclusory references to “voter suppression”, “devastating attacks” on minority voting rights, threats to democracy, and other vague notions.  Then the witness gave a handful of specific examples she said could have been fixed by preclearance, such no early voting on one black campus.  However, all of the examples she gave were ameliorated through new legislation or court action.  None of them would have justified a complete federal takeover by any stretch of the imagination.  The witness went on to say there’s a need for a prophylactic remedy, to get out ahead of discrimination against minority voters before an election.  But that doesn’t explain why plaintiffs can’t negotiate, seek injunctions in court before elections, or work through their Secretary of State offices which made lots of changes to election procedures in many states before the 2020 elections.

Try as they might, the Left will never convince me that any present-day problem rises to the level of poll taxes, literacy tests, simply refusing to register black people to vote outright, or any of the other barriers to minority voting that justified preclearance ages ago.  To the extent there are legitimate grievances, careful analysis will reveal there are other remedies, making federal takeovers completely unnecessary.  Preclearance is a heavy-handed solution in search of correspondingly grave outrages it will never find in modern times.