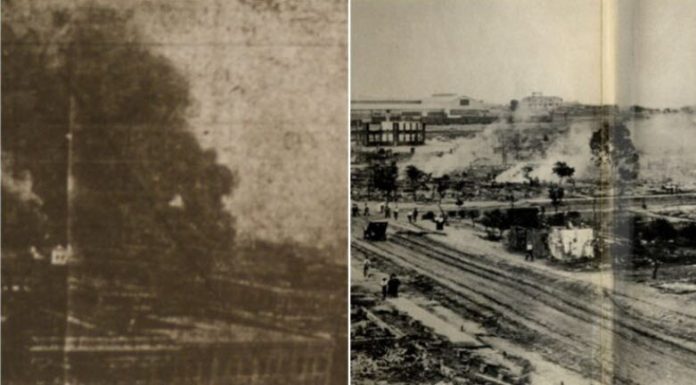 The 100-year anniversary of the Tulsa riots, which occurred after a black community in Oklahoma rallied behind an accused rapist (sound familiar?), has prompted a tremendous amount of revisionism from far-left activists hoping to stoke more Black Lives Matter (BLM) terror in pursuit of their goals to overthrow the Bill of Rights and U.S. Constitution.

The Marxist revisionists are constantly adding figures to the death total, which has reached mythical levels, with help from the fake news media. Currently, graveyards are being dug up and the desecrated remains of the dead are being added to the death toll of the riot, even if there is no evidence connecting these dead folks to the riots.

“We will continue to take this investigation one step at a time, wherever it may lead,” Tulsa Mayor G.T. Bynum said in a statement to CNN.

The city of Tulsa has been searching since 2018, wasting money and resources, to find nothing substantial. As a matter of fact, leftists have been searching for decades, exhuming graveyards and unearthing skeletal remains, in order to diligently construct their narrative of fake oppression.

The search for mass graves from the Tulsa Race Riot has been going for nearly a quarter century. https://t.co/KNmYk19ZtM pic.twitter.com/6ABN61DetJ

Hollywood has also been crucial in the construction of this anti-white blood libel. The HBO series Watchmen was centered around the Tulsa riots, which were used to justify a crusade by the show’s protagonist to obliterate the constitutional rights of conservatives in the reviled program:

The actual facts that occurred according to the historical record are far different than the picture that leftists are attempting to paint through propaganda. Marc Carlson, who works as director of special collections at the University of Tulsa’s McFarlin Library, has studiously compiled research about the Tulsa riot, much of which was performed before the recent “woke” crackdown on all information contradicting the official agenda.

Carlson explains in his timeline of events that blacks had organized to defend accused rapist Dick Rowland against a possible lynch mob. A confrontation happened outside of the courthouse after Rowland was apprehended by police with a group of armed blacks standing off against a group of armed whites. The blacks initiated the violence, with a white person being shot by a black assailant according to many first-hand witnesses, and this is when the violence started spiraling out of control.

Eventually, the National Guard needed to be brought in to stop the riots. Claims that the area was bombed by airplanes have been dismissed as conspiracy theories due to no evidence backing up that claim. No “Black Wall Street” ever existed in the area either, as that is yet another fabrication. 24 blacks and 12 whites died in the riots. The alleged rapist Rowland was eventually cleared of charges and went unharmed by any whites, demonstrating that there never any extrajudicial lynch mob of whites out to get Rowland.

The Tulsa blood libel, in conjunction with marxist endeavors like the 1619 Project, are being pushed nationally to create a new pseudo-history that will justify mass riots and eventually the brutal murder of whites. This is what has occurred in countries such as South Africa, which has been celebrated as a social justice model by leftists after Soviet-affiliated terrorist Nelson Mandela took power and transformed the nation into the rape and murder capital of the world.

With the way the Tulsa riots have been rewritten by Marxist propagandists and low IQ race hustlers, it probably won’t be long before similar fantasies are hatched about areas like Ferguson, Baltimore and Minneapolis. If the Left is not turned back, students will be indoctrinated about how Black Lives Matter angels did everything they could to stop the violent white demons from burning those cities down before long. Truth is unable to survive when revisionists control the cultural levers of society.