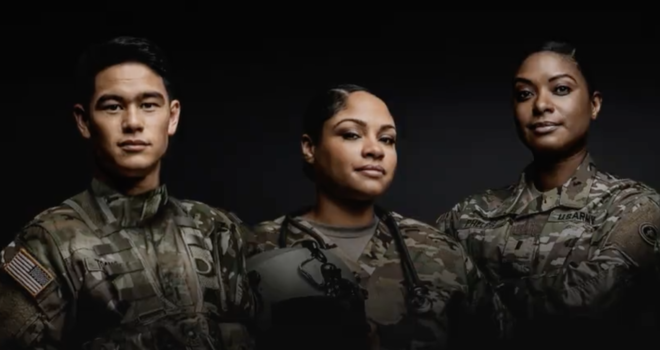 It’s difficult to keep track or make sense of the daily barrage of news, foreign and domestic, but one thing seems clear. With the advent of a new and thoroughly naïve administration, America faces the greatest threat to its security since 1941. Weakness invites aggression, and the current administration projects about as much strength as a day-old kitten.

Sensing this weakness, Hamas recently launched a massive rocket attack on Israel, our closest ally. Almost immediately, other Islamic nations such as Iran and Turkey began to rattle their sabers. And once Israel struck back at Hamas, violent pro-Palestinian protests erupted in cities throughout the West.

Of course, the Israeli-Palestinian conflict was not just a war between Hamas and Israel. Hamas was acting as an Iranian proxy. The rockets being fired into Israel came from Iran via Hezbollah. Ironically, they were largely paid for with U.S. dollars released to Iran during the Obama years and now by the Biden administration.

Until four months ago, the Islamic threat seemed to be receding. The Trump administration pushed Iran back on its heels to the point that some observers began to envision a popular overthrow of the ayatollahs. At the same time, the Trump administration engineered a series of accords between Israel and various Arab States.

Under the new administration, however, the situation rapidly changed for the worse—and not only in the Middle East. China, Russia, and North Korea also see our leaders’ weakness and lack of resolve. While U.S. officials concern themselves with making war on global warming, other world powers are developing advanced weapon systems and increasing their capacity for cyber warfare.

The recent cyber-attack that shut down the Colonial Pipeline system is just a taste of what may lie in store. Indeed, the weak response to the attack seems to guarantee further attacks. Colonial paid a six-million-dollar ransom to get its pipeline running again. And, although the attack is widely believed to be the work of Russian hackers operating with the permission of the Russian government, our own government’s response was anemic. The Biden administration meekly okayed, of all things, a Russian-German pipeline agreement.

The threat from China is of particular concern. China is reasserting control over Hong Kong, threatening Taiwan, and making provocative moves in the South China Sea. Moreover, there are signs that China may be in the process of developing biological weapons. On top of that, it now appears that for a long time China has been conducting the biggest influence operation in history.

Chinese money and Chinese agents have seduced congressmen, corporate heads, college professors, and the son of the Chief Executive of the United States. One result is that congressmen, corporate heads, college professors, and the Chief Executive have begun to act in an openly totalitarian manner. It would only be mildly surprising if, along with teaching Critical Race Theory, the Department of Education were to mandate that all students learn Chinese and memorize Mao’s “Little Red Book.” After all, American embassies all over the world are now flying the Black Lives Matter flag.

So, here’s the situation: we have China to the front of us, Russia to the left of us, Iran to the right of us, and a fifth column of leftist politicians, corporations, and indoctrinated college graduates (reinforced by Antifa and BLM) to the rear of us.

Am I missing anything? Oh yes, the U.S. Army. We can always count on the cavalry to come to the rescue. Or can we? Unfortunately, as all these threats have been piling up, our own military appears to have gone “woke.”

In a recent speech, Secretary of Defense Lloyd Austin named climate change as the greatest threat we face and the Army’s top priority. Apparently, its second priority is to make the military a safe space for social and sexual experimentation. A recent Army recruitment video is meant to appeal to the LGBT community and, beyond that, to the broader “woke” community. The animated ad features a young female recruit who has two moms, marches in an LGBT rights parade, and wants to “shatter stereotypes.” The Chinese army—the largest in the world—must be quaking in its boots.

Not to be outdone, our intelligence agency, the CIA, has developed its own LGBT-friendly series of recruitment videos. In one, a “woman of color” says, “I am a mom. I am a cisgender millennial who has been diagnosed with generalized anxiety disorder…I am unapologetically me. I want you to be unapologetically you whoever you are.”

Gee, a whole new kind of CIA whose agents like to talk about themselves in public—especially about their emotional disorders. I’m feeling safer already.

In another “Humans of the CIA” commercial, a gay man says, “Imagine my surprise when I was taking my oath at the CIA and I noticed a rainbow on then-Director (John) Brennan’s lanyard.” Yes, that is surprising. Almost as surprising as the fact that Brennan once voted for the Communist Party candidate in a presidential election.

So, the military is now headed by a woke general named Lloyd Austin, and the CIA is peopled with agents who might better be cast as bit characters in an Austin Powers movie. Meanwhile, the President of woke America is a man who often appears to be on the verge of falling asleep. To the non-woke, wokeism seems like a bad joke. But the woke people take it very seriously. In fact, it is essentially a religious movement—a neo-Gnostic faith which supposedly confers enlightened knowledge on the believers.

In previous wars, our troops were inspired in large part by their Christian faith. However, for many of our elites, including those in the military, Jewish and Christian beliefs have been replaced by the pseudo religion of “woke.” But there is an obvious contradiction at the heart of this outreach to the woke. One of the chief characteristics of wokeism is anti-Americanism. The woke have no use for American history, traditions, and values. They look upon America as an inherently racist and sexist society—a country that’s not worth fighting for. In short, our military leaders, along with our intelligence agency, have embraced a suicidal ideology.

We’ve already seen what happens when woke people are in charge of running American cities. They disparage and defund the police, and then they are surprised at the enormous spike in crime which follows once the police seek other forms of employment.

It looks now as though the woke have also been put in charge of national defense. Their “enlightened” policies will inevitably result in a disoriented and demoralized military. Recruitment will drop, and the only people left to defend us will be those who are absorbed with questions of gender identity and race. The Iranians, the Turks, the Russians, the Chinese, the North Koreans, and a few dozen global terrorist organizations are watching our woke experiment with great interest. No one knows for certain what will happen next. But it doesn’t look promising.