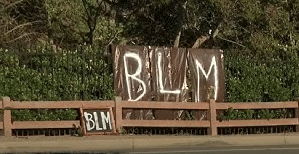 Maybe you’ve heard of Nicole Sanchez.  I hadn’t before today.  She’s a TikTok star who got famous when her video ’OK Boomer’ with her wearing a campaign shirt of the self-declared socialist Bernie Sanders went viral.  She posted a later version with her wearing the $58 ‘Tax the Rich’ sweatshirt hawked by another self-declared socialist, AOC.  I’m not one to go around recklessly calling people commies but, when they self-declare as such, they’re fair game.

Sanchez’ fame brought her oodles of money, enough to buy a $2 million apartment which she was stupid enough to brag about online.  When people called her out as just another socialist con artist, she gave the lame excuse she wasn’t really rich, you have to be a billionaire to be rich.  Which happens to be the same excuse Bernie Sanders gave when he stopped condemning millionaires after he became one, and rich enough to own three houses.  And she sounds just like AOC who says her luxury building is not really a luxury building.

All of this brings to mind another recent story, this one about the self-declared “trained Marxist” Patrisse Cullors, co-founder of Black Lives Matter.  Cullors left BLM after it was reported she owns four houses – one more than Bernie, way to go, Patrisse!  Some say she was forced out.  In any event, calls are growing for a public audit of Black Lives Matter finances, given Cullors’ extravagant lifestyle and the unknown disposition of millions of dollars in donations.  OAN  Chapter leaders criticize BLM for not spreading the wealth around.  Cullors, meanwhile, has moved on to greener pastures to focus on her book and TV deals.  AP  New York Post

Let’s cut to the bottom line.  You’re being conned.  Socialists may talk a good game, but socialism bankrupts every country it touches.  Just look at Venezuela with its sad sack Socialism of the 21st Century.  But, miraculously, the leaders of socialist countries always make out like bandits – because they ARE bandits.  Venezuela again.  Socialism bankrupts, but it’s land-office business pushing socialism.  Just ask Bernie, and AOC, and Patrisse, and, now, Nichole.  They’re laughing all the way to the bank, by which I mean they are laughing at YOU for believing them when they yammer on about the horrors of capitalism and the wonders of their socialist Utopia.  What a con job – and you fell for it.

Socialism is never about a better life for most people.  It’s always about wealth and power for tiny elite.  The pattern was set very early, in Leninist Russia.  A book published at the time said,

After the revolution, “the new class tries … to live in accordance with its status; it wants to enjoy the fruit of its victory.  Hence its tendency to keep aloof from the rabble – from the workers and peasants – to exploit the national economy for the satisfaction of its own needs and pleasures: extravagant furniture; country villas; expensive automobiles; servants; … fashionable stores of women’s clothes; beauty salons; … expensive restaurants and cabarets…, with the choicest wines…; fashionable hotels….  In short, the new class wants to live like the old rich classes: in luxury and joy.”
– from The Guillotine at Work by G.P. Maximoff (p. 326-327)

THAT’s the point of socialism.  The people of Russia were conned, and don’t forget it the next time some socialist grifter wannabe millionaire is conning you.